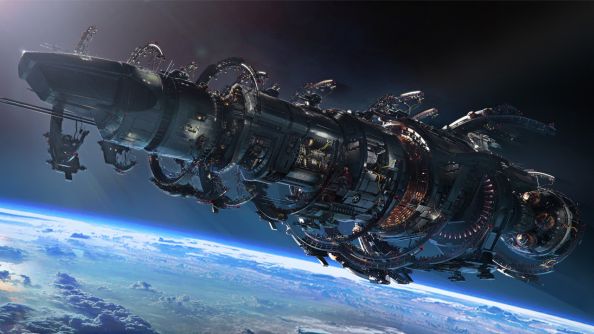 I’m briefly grateful there’s no video connection for our Skype call. And then Brooksby explains what he means: the decision to punt his competitive multiplayer capital ship combat sim, Fractured Space, into Steam Early Access was a risk. Some of his team were “quite terrified” at the prospect, in fact, coming to management in private to beg them not to uncloak their only-just-playable work before a judgemental audience.

Looking to fill a gap in your life? These are the best space games.

You can understand their worry: every early access project is vulnerable to the possibility of bugs that might spread the wrong sort of word-of-mouth; the chance that a player might not get on with an early build and never return; and not least, growing mistrust of the platform. Even in September 2014, horror stories of abandoned games and disappeared developers had begun to seep into the public consciousness. 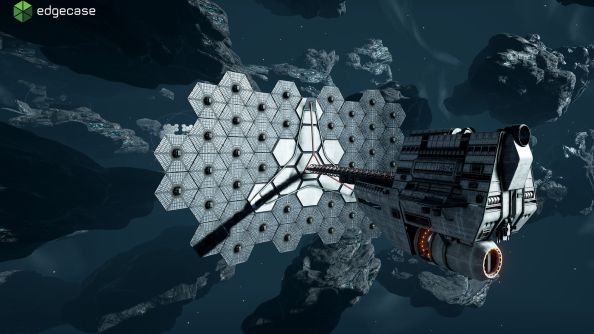 As it happens, however, the decision has improved Edge Case’s psychological well-being. There are ups and downs, developmental disasters, unfavourable news stories and the fight against the perception that Early Access is “full of charlatans”. But broadly speaking, they’ve enjoyed an extra 18 months outside the fog of uncertainty.

“The way we used to make a game, [we worked] on a design that we felt was good, that we iterated and improved on. But you don’t know if it’s any good until the week after it’s come out,” Brooksby expands. “The actual difference in the team is the motivation they come in with every morning. It’s more positive because what you’ve got is something that’s good and every day you’re making it better.”

Coming off the back off space dogfighter Strike Suit Zero in 2013, Brooksby found himself thinking not for the first time about Star Trek’s colossal battles; the humongous warships he’d found compelling even as cardboard counters in the hex-based tabletop game Star Fleet Battles. What would a real-time, 3D attempt at the same scale look like? 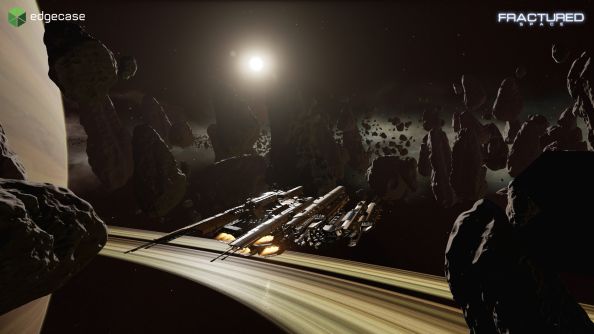 “Yeah, it’ll be a niche, but on a global basis niches do very well,” Brooksby thought, with Wargaming in mind. If World of Warships had been doing gangbusters back then, the decision would have been even easier.

Learning what they could from World of Tanks and League of Legends, the studio came up with a combat system analogous to submarines in shallow seas. In the months since, they’ve sometimes experimented by speeding up proceedings but found their initial instincts were correct – players tend to miss the sense of weight.

“Once you get into a skirmish, whatever size ship, it’s pacy, it’s still quick,” says Brooksby. “I think that’s the key.”

Player strategy – not to mention exploits – has evolved over time as the developers expand on their tech trees, armoury and game modes. 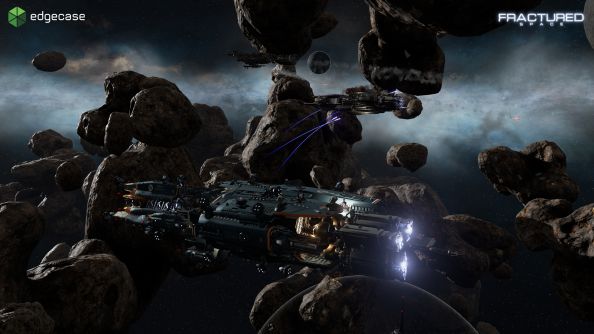 As Edge Case fill out their ship roster, they’re also silently developing the lore behind the vessels. The capital ships of United Space Research are recognisable as the NASA of our day: intricate, curvaceous and decorated with odd protrusions. The Zarek Industrial faction fields vehicles clearly derived from heavy industry: blockily practical and painted in earthy browns. While the ships of Titan Defense Systems are gleaming silver weapons that scream corporate military.

For a long time, that lore has existed solely in creative director Jim Mummery’s head. But Edge Case currently have a writer working on “vast amounts” of backstory.

“He’s literally finished the first draft – I haven’t read it yet,” Brooksby reveals. “We’ve found for some [players] it doesn’t matter, they don’t care, but some people need to know why they’re doing what they’re doing.”

The team have made use of Unreal Engine 4, and Brooksby reckons Epic are working in similar fashion to Edge Case, effectively putting the engine out in early access and sharing their progress openly with developers. 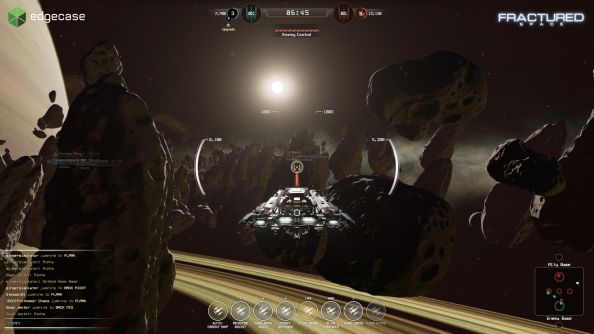 In PC gaming we’ve frowned on turtling as a strategy for decades. But Edge Space seem to have taken anti-turtling a step further as a development philosophy: Fractured Space is a game that’s found strength not in solidifying its position but by embracing constant change, a la World of Tanks and LoL.

“Some of the games that have been running for years, you would think their rule set is stable and nothing changes,” muses Brooksby. “But League do major overhauls of fundamental mechanics and people are happy with that. It means the game they love has evolved and they have to rethink it. It’s very rare people bitch and moan at a rethink.”

In this sponsored series, we’re looking at how game developers are taking advantage of Unreal Engine 4 to create a new generation of PC games. With thanks to Epic Games and Edge Case Games.