Holed up in a charmingly uneven two-floor office arrangement right next door to the No Man’s Sky team are Edge Case Games. On the ground floor, the walls are lined with PCs displaying fantastically detailed spaceships, but upstairs they’re flanked by colourful boxes and miniatures – the wares of companies like Fantasy Flight and Games Workshop. Fractured Space might be a MOBA, but it was initially inspired by the tabletop memories of CEO James Brooksby.

He protests that not all of the company’s tiny armies were his – some were donated by friends and former colleagues now in working environments too sensible to bear toy soldiers sat atop monitors.

Hoping for a good view of the void? Try one of the best space games on PC.

Edge Case, by their own admission, are not sensible. Formed in the wake of a management buyout four years ago, they forewent work for hire in favour of “burning the parachutes” – embracing the capital ship combat game they knew their team of League of Legends and World of Tanks devotees had in them. 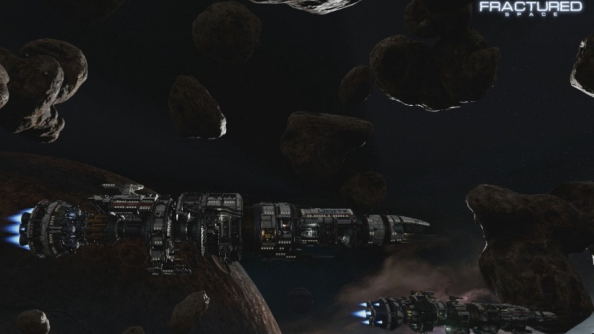 Here’s the thing about starting up a multiplayer game that nobody knows about yet: it’s absolutely terrifying. When the recent and heavily-marketed likes of Evolve don’t make Steam’s hundred-most-played list, and established name Dan Marshall cites the “Curse of the Indie Multiplayer Game”, it’s clear there’s an issue. If somebody logs on and doesn’t find a match, they probably won’t log on ever again.

“One of the biggest risks of going purely multiplayer is having no game to play,” agrees Brooksby. “There’s a minimum amount of people you need to keep it bubbling over.”

Fractured Space has been in Early Access for over a year, and in retrospect Brooksby thinks Edge Case might have missed a trick in keeping its servers online 24/7 – where some peers have restricted play to packed evening sessions.

“I wasn’t comfortable with that, because if people had paid money and they can’t play your game at certain times of the day, for me that doesn’t feel right,” he remembers. “But you can understand the problem.” 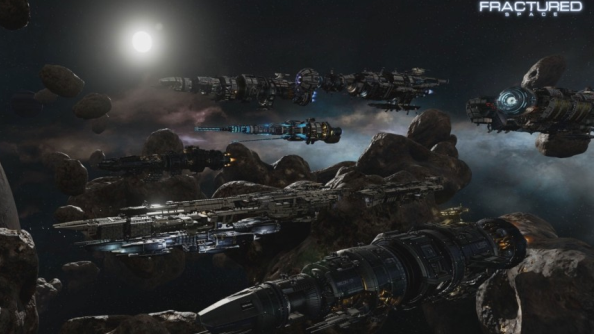 Edge Case did make efforts not to split their players between modes. Only very recently have they begun to break the very best pilots away from the rest in the name of matchmaking.

“We’ve seen people do it: they go, ‘You know what, we’ve made our main game, let’s make seven more game modes,’” says Brooksby. “Game modes are quite easy to make, and you’ve suddenly split your audience into seven parts. That is the worrying death spiral: once one person starts getting no games, then other people stop playing. You can see it happening and it’s sad.

“Low numbers of players at any given time, touch wood, has not been a problem for us. When it’s got down to its lowest numbers people are still getting games.”

Monday morning tends to yield the lowest numbers and lowest ebb, psychologically speaking. But it only gets better as the weekend nears. At the time of our chat, Edge Case have just held their second free weekend on Steam. It’s gone very well, but also brought another frightening reality about multiplayer development to the fore. 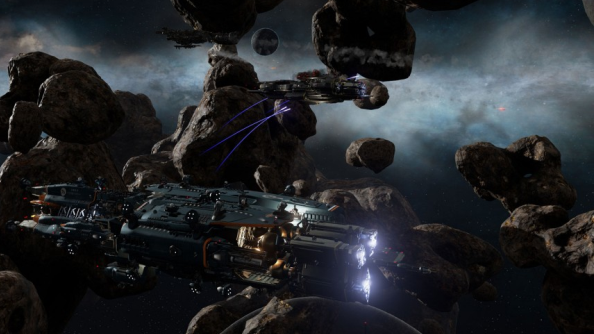 “Over the free weekend [some] people immediately said, ‘Pay to win,’” recalls Brooksby. “And we went, ‘In what way?’. It’s potentially just a misunderstanding of a system. You say, ‘The system works like this,’ and they say, ‘Oh, that’s fine.’ But by that time you’ve got a dirty red thumb on the front of your Steam store.”

Although some of the biggest and most hardcore PC games in the world are free-to-play, developers are still wrestling with scepticism. Particularly in the West and especially on Steam, developers are treading a “fine line”. That line is moving – but every time a big game gets it wrong, everybody pays for that mistake.

“Suddenly the line gets pulled back a bit,” says Brooksby. “That makes it hard for us, because at the end of the day although our rent my be cheap, all developers are a bunch of people, right? All games businesses are people and computers, so you’ve got to pay for them somehow.”

It’s not as simple as copying Dota, reckons Brooksby, since every game exists in its own bubble, hosting a community with unique sensitivities. To that end, Edge Case have a three-man community management team, an analyst, a marketing director and a monetisation manager. Their publishing staff know the ins and outs of Fractured Space intimately, because they have to. 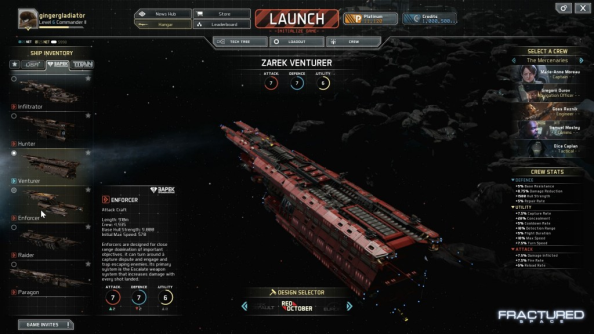 “We have a lot of people downstairs discussing,” says CCO Jim Mummery. “‘Is this fair? Is this good?’. People are still going to argue that it’s pay to win, but as long as you can explain it, they’ll listen or they won’t.”

There’s a quote Mummery likes to throw around, “even though it’s completely useless”, and he does so now.

“I was going through the Hawken forums at one point and this guy said, ‘So is this free-to-play like Dota or pay to win like LoL?’. There was a perception problem.”

Perhaps some of those complaints are a contemporary adaptation of the time-honoured botting accusation – the sign of a sore loser.

“You’re right, it can come from frustration or being unhappy with the result,” agrees Brooksby. “And then going, ‘Well, how am I going to vent about the fact that this happened twice?’”