The last few years have seen a tonne of people reaching out to developers to try and snaffle free games. Pretending to be journalists or streamers with large audiences, the scammers are looking for keys they can keep for themselves or sell on. According to Jacob Janerka, the developer of Paradigm, he came across someone who went a step further: making up an entire cafe to try and fish for game keys.

Janerka recounts whole experience as a post on Imgur. It began with an email from someone calling themselves Dmitry Tseptsov and claiming to have opened a coffee shop in Lviv, Ukraine. To draw in customers, Dmitry was offering a discount and a game key to anyone who could answer three game questions correctly. He was emailing Janerka to see if he could have some game keys he could giveaway to his customers. In return he would promote the game at his coffee shop.

Dmitry even sent through pictures of his coffee shop and examples of other games he’d given away keys for: 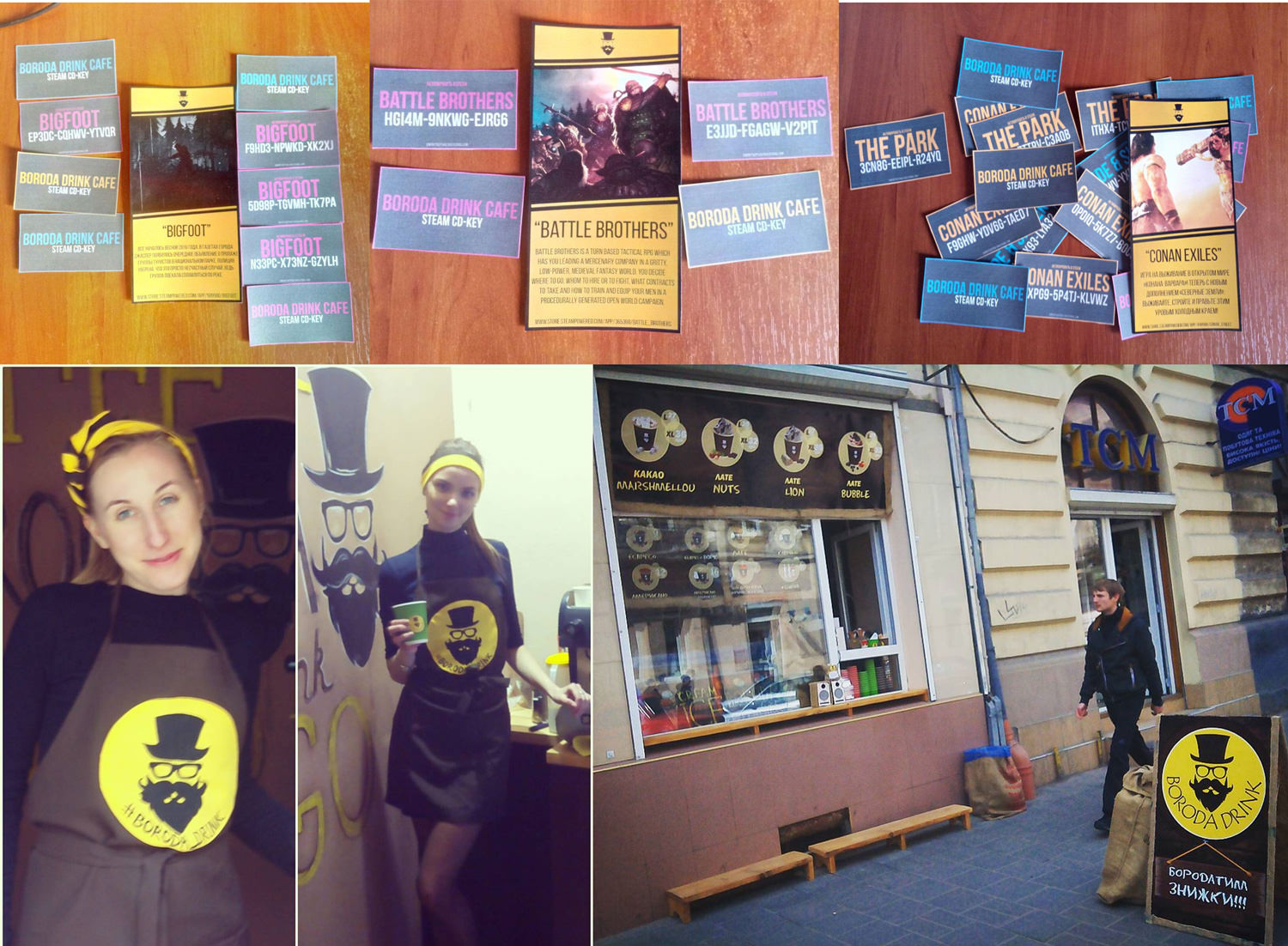 In a follow up email Dmitry sent a link to his cafe’s twitter account (now deleted), it had pictures of computers sporting stickers with details about indie games that he’d been given keys for.

The developer found the address Dmitry listed didn’t turn up a coffee shop on Google Maps, but he did find a similarly-named coffee shop at a different address. That shop’s instagram account made no mention of game giveaways, instead it was full of pictures of coffee. Crazy, eh?

With more digging (all of which is detailed in Janerka’s post), he found it was all a scam to get free games out of developers. Janerka ends with a note of wisdom: “Seriously though, fuck scammers, especially ones taking advantage of small devs trying to get coverage, which probably have to work as a barista themselves to pay rent.”