On Monday night, the seventh annual Fun and Serious Games Festival wrapped up with an awards ceremony in Bilbao’s famous Guggenheim Museum. Featuring esports tournaments, globally renowned speakers, and a show floor full of games including Spanish indies you won’t see anywhere else, the festival has now firmly established itself on Europe’s gaming events circuit.

Which of these upcoming PC games will feature at next year’s show?

More than 400 companies from across the games industry were represented in some way at the show, with 30 studios as exhibitors and more than 200 indie developers as guests. Some 35 speakers, including developers, investors, and researchers from around the world gave speeches on the hot topics of the day.

Among the figures recognised were Overwatch director Jeff Kaplan and Doom creator John Romero. PCGamesN were on hand to chat with both of these and many others, so keep your eye on the site as we write up our interviews over the next few days. 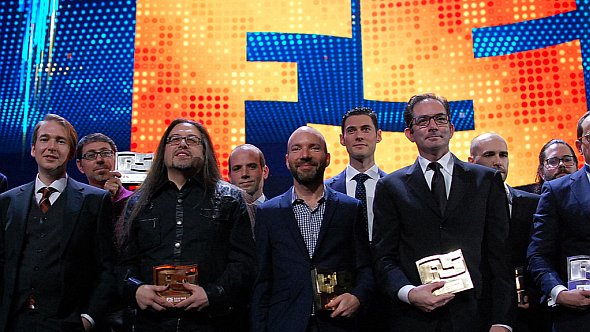 “The festival, right now, is not only a clear driver of the sector and part of a strategic plan to support the creative industry, but a must-attend event on the European cultural calendar,” declared Alfonso Gómez, head of Fun and Serious.

Apart from the fact the show is a unique place to celebrate our hobby, Bilbao is a lovely city. Why not mark your calendars for next year’s event and treat yourself to a long weekend of playing games, wandering the Guggenheim, and eating nice food? You deserve it (probably).