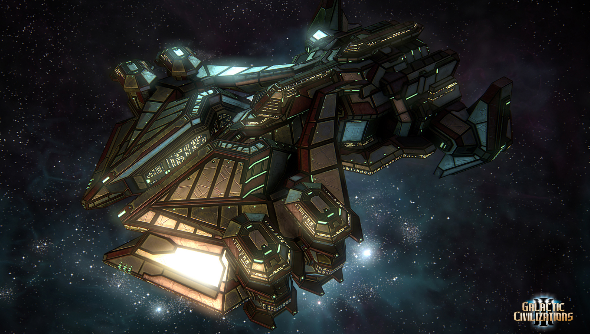 Reading between the lines of an interview with Galactic Civilizations designer Paul Boyer and Stardock CEO Brad Wardell, they seem a little anxious about maintaining the values that made Galactic Civilizations II the best game Stardock ever developed. They return a lot to the theme of their own naivete in the mid-2000s, the fact that they did some things with GalCiv 2 because they didn’t know any better, and stumbled into some magic.

Stardock have changed a lot in the last few years, and while they’re a more professional and knowledgeable group of developers now, they don’t want to lose the freedom they brought to Galactic Civilizations 2. As Boyer puts it, “You can kind of tell that there’s a labor of love in there, and that causes people to get much more attached to it…. Nowadays everything’s just so polished down to the bare essentials. Players like to have something where they can feel like — I don’t know — like it’s alive. Like there’s stuff there to discover.”

Galactic Civilizations II remains one of Stardock’s biggest successes, to the point of being puzzling. “The sales of GalCiv 2 were actually higher last year than they had been in the year before,” Wardell says. “We’ve put some considerable effort in trying to understand that. That’s not how it’s supposed to work, if you understand.”

Even though Galactic Civilizations 2 remains popular, Wardell and Boyer know the game is out of date. The interface drives them crazy now, especially its lack of helpful tooltips. Entire systems, like the economy and the “planetary approval rating” don’t really work in the ways that they want. They can see the places where they had to down-tools because of budgetary or technical constraints, and they’ve only identified more problems over time.

“Essentially, we’re not really so much making GalCiv 3 as we’re making the GalCiv 2 that we always wanted,” Boyer says. “There’s always the, ‘Oh, I wish we could revisit how we did this part of the ships,’ or things like that. And now we can.”

Writing away in margaritaville

One area where Stardock really want to improve is the fiction. While GalCiv 2 definitely has fans who know the various races and their history, Wardell is more than willing to concede that Stardock may not have taken the most professional or thoughtful approach to creating the fictional backdrop for their sci-fi 4X.

“In GalCiv II,” Wardell relates, “Paul, myself, and Kristin — Paul’s wife — we did a show called ‘Power User TV’. We would literally go to a pub and with a notebook, and spit out all the writing after margaritas. It was meant for some interesting dialogue but that’s probably not a good system in hindsight.”

While Boyer argues that margarita-fueled writing worked wonders for his attitude, Stardock are nevertheless bring in full-time writers and trying to make the fiction come to life a bit more in the game. 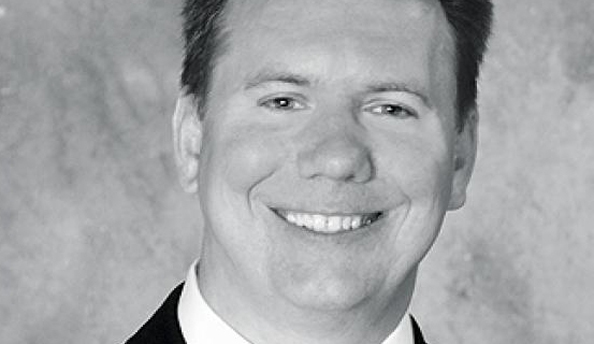 Wardell points to the Yor Collective, a robot faction, as an example of the kind of faction customization Stardock are trying to do.

“Up until [The Twilight of Arnor expansion for GalCiv 2], the Yor farmed. The Yor robots had farms, right? Like, what the hell? Why do the Yor have farms? Oh, because there’s only one tech tree, so what are we going to do?” Wardell says.

While they eventually stamped that out with Twilight of Arnor, GalCiv 3 is beginning with custom tech trees for every race. That should give each civilization a distinctive style that underscores their fictional identity. It also, however, creates some headaches for Stardock. Especially because GalCiv’s tech trees are not just about the order in which players discover things, the way they are in Civilization. Right from the start in GalCiv 3, players have to choose which lines of research they will pursue at the exclusion of others. Nobody can expect to completely fill-out a tech tree, and trying to be comprehensive will result in a mediocre civilization.

The greater variation between factions and their research paths will, Stardock hope, make ship customization a little more relevant to players and encourage more diversity when fleet-building.

“[Ship design] was a little bit hollow because there weren’t a lot of special things you can put on there,” Wardell admits. “Now, there’s a lot more stuff you could put on your ships that have interesting and fun ramifications… The ship design thing kind of was one of things that was not originally a major part of the design but it really took off as we had more and more fun with it, but because it wasn’t such a core part of the GalCiv II original design, it didn’t get flushed out.” 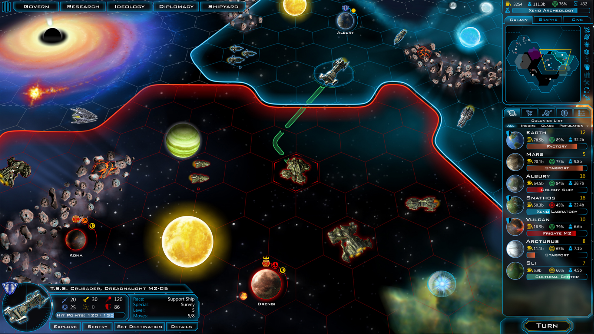 While Stardock aren’t going in a Master of Orion-style direction, they are definitely trying to add a little more nuance to ship design. Weapons no longer automatically hit, which introduces new complications for commanders trying to choose their weapons systems, and opens new opportunities for countermeasures and more evasive designs. Wardell hopes this creates a lot more counterplay at the ship design and fleet-composition levels.

“If one player has gone down the road of having let’s say a really nasty, short range ships that are heavily armored and really tough but slow, the other guy can then focus on and can try to counter that by having nimble, long range ships that try to nibble at them as they stay away,” Wardell says. “You need to keep an eye on what other players are doing. In a lot of these games you just go to war with everybody. ‘Hey, I’m the toughest guy in the block, right? I’m tough. I will just go conquer everyone.’ You can’t do that in GalCiv 3, because you need to pick and choose who your enemies are.”

GalCiv 2 was one of the first games to make use of multi-threading, which allowed Wardell to push the AI much farther than many of the game’s contemporaries. But now that Stardock are building GalCiv 3 on a 64-bit platform, Wardell thinks they can get even more sophisticated behavior while still making improvements to the pace of play and functionality.

“The AI cab essentially play the game within the player’s [turn]. …That’s one of the things that we get by having 64-bit that that would’ve been insane to try to do back then. Basically, you’re running two copies of the game at the same time. The other thing is that because we have so many cores to deal with …every computer player gets their own thread,” Wardell explains.

That also helps cut down on turn-cycles times, which should make the game’s pacing snappy and responsive. But Wardell knows that’s not the only metric by which players judge AI performance.

With Fallen Enchantress: Legendary Heroes, Wardell noticed he was seeing a lot of complaints about AI player despite the AI playing what he thought was a pretty strong game. What he realized was that, because the AI didn’t cheat and acted rationally based only on what it knew, players were reading far more mistakes into its behavior than it was actually making. It was a critical moment for his understanding about how players regard AI.

“It’s having the AI communicate with the player more, having dialogues come up where the AI actually is explaining in a conversational way, ‘I see what you’re doing there, and I’m going to go and do this,’” Wardell says. “By communicating more with the player, even if the AI is making a bad strategic decision, the player can at least understand why they’re doing it.” 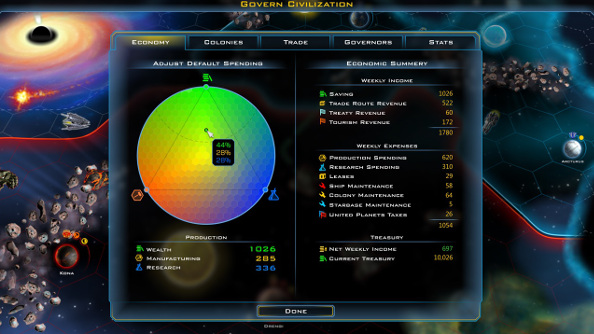 Boyer is a little more concerned that players themselves understand how to play GalCiv 3, and know what’s going on with their empire at all times. He says that GalCiv 2 tended to be a bit “slider happy”, and that one of Stardock’s chief priorities with the new edition was to get rid of them.

“For all those sliders, the player actually had remarkably little control over their empire,” Boyer says. “They ended up with a lot of waste. …In GalCiv III, we switched that to having a dial. It looks like a color wheel. Essentially, what is your civilization focusing on between wealth, manufacturing, and research? It’s like they’re blended together. And that, in turn, tells your citizens what they should be working on.”

GalCiv 3 is Boyer’s first game as lead; prior to this he was an art director. Wardell calls the promotion karmic retribution for the complaints he used to lodge with designers on other projects. Boyer knows he has a lot of live up to, but has a great blueprint to work from in GalCiv 2.

“We started with a solid base and because it’s Brad’s baby, we have the time to make sure it’s great. It’s kind of our flagship game. We can’t be bad. We’re spending all of these time just making sure every little thing is fun. “Boyer pauses, then adds, “Ironically, it’s not very fun doing that.”