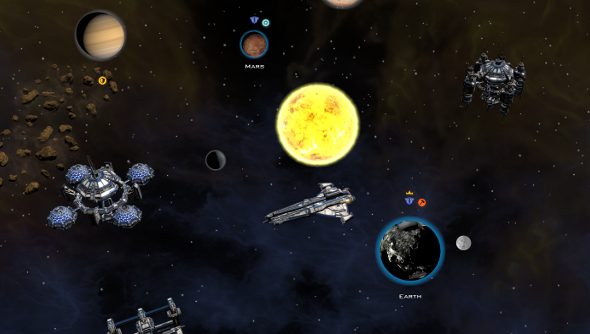 Paul Boyer, Galactic Civilizations III’s lead designer, is tired. It’s a good kind of tired, though, and the end is in sight. He’s been running around putting out minor fires, “Oh crap, this one screen has little asterisks in front of the letters for some reason,” and getting the gargantuan space 4X game ready for its May 14th launch. 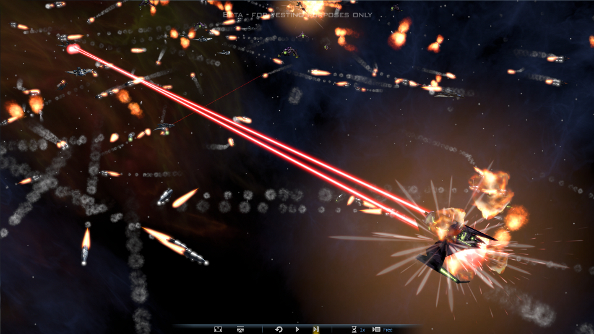 Stardock has been letting players get their hands on Galactic Civilizations installments long before launch for years, but Galactic Civilizations III marks the first time the company has dabbled in Steam Early Access, and it was eventually followed by Sorcerer King, with Ashes of the Singularity and Servo likely to follow suit soon.

Early Access on Steam has proved to be a very different experience.

“Now, with Steam, not without cause, there’s a lot of distrust about Early Access because people will think if it’s a small company, it’s like they’re trying to use Steam like Kickstarter, or something like that.” 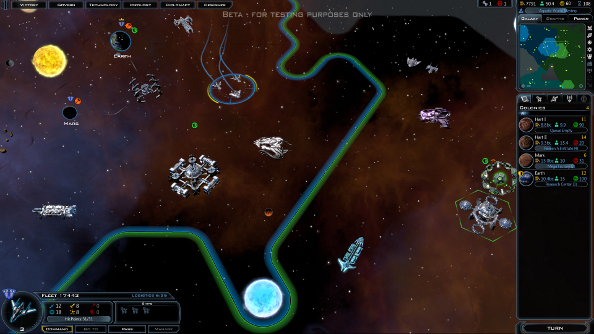 It’s proved to be a mixed blessing, highlighting features that players didn’t understand or use, making Boyer and his team realise when something needed to be removed.

“[W]e literally cut things just because the players didn’t care about them or didn’t get them,” he explains. “It might be a neat, great internal mechanic, I might be in love with the idea, but if the player doesn’t use it and just goes and does something else, it doesn’t need to be in the game.”

Some of these things have been salvaged and changed, transforming them into new features that do work. In other cases, they’re being saved for expansions, like Boyer’s idea for interstellar rifts.

“We had these interstellar rifts that I wanted to get in, but they just weren’t fun, and so I finally had to pull them out. After I pulled them out I realised that I could put them in the first expansion because they’ll play into the lore and I can make them more interesting and do more interesting things.”

That expansion is The Crusade, where the Terran faction escapes from Earth and “start wrecking the place”. 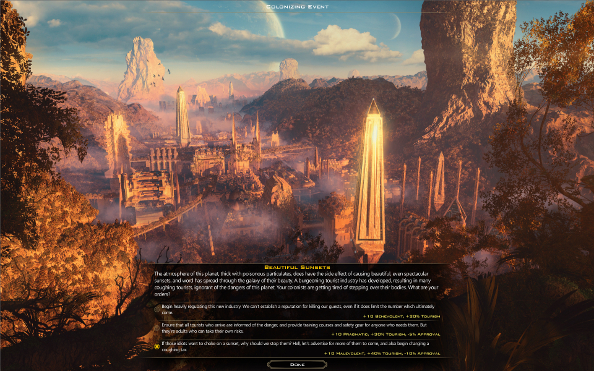 “So I get a lot more feedback, but I will say that it is more stressful,” Boyer continues. He’s not attached to the process, but rather he wants to see players getting involved, and that’s what Early Access does well. But the other side of that is it gets players who might not really be interested, or don’t know what to expect, involved.

“I could live without the drama of people who aren’t,” he says. “Half of our negative reviews are ‘This isn’t the game I wanted,’ or ‘There are no tactical battles in this game’.”

On the other end of the spectrum are the experienced GalCiv players who really just want a new game that’s basically Galactic Civilizations II. You see it a lot: someone says that the new game looks just like the last one, and someone will respond with “That’s exactly what we want.”

I’ve been wondering if that makes it difficult for Boyer to leave his mark on the game. Boyer actually shares those players’ opinions, though.

“The most important thing that we wanted was for the core of the game to be good, and the core of GalCiv II was good.”

He says that he can still sit and play Galactic Civilizations II for hours, though he admits that the UI and tooltips were “horrible”.

“My main goal was to make sure that it was true to GalCiv II, and that it was the best version of GalCiv there’s ever been. We’ll push the envelope a bit more with expansions, but we didn’t want to start with a completely new game. I’d rather have people say that this is too much like GalCiv II than say we ruined GalCiv.” 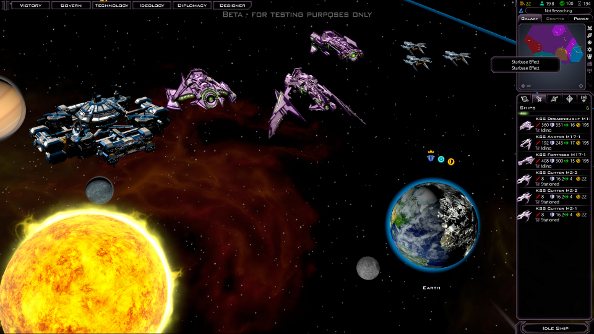 That doesn’t mean that Galactic Civilizations III is a carbon copy, though. The third installment introduces new strategic resources, augments that allow players to more easily specialise ships without taking away their freedom to build what they want, massive changes to the economic and diplomatic game, and of course there’s the fact that it’s 64-bit and allows for insane 100-player matches.

Unfortunately these won’t be 100-human player matches, instead pitting human players again 99 AI opponents. It’s a very viable way to play the game, Boyer says, but he recommends playing on an immense map, not a small one. Even then, a player will probably only be able to colonise a few worlds before every planet has been swallowed up by the swarm of empires. And that’s when it devolves into a huge, map-wide war. “Chaos erupts,” Boyer ominously states.

This can all be achieved without mods, but players will need to make custom races to fill up the map with. Luckily, custom races will be downloadable from Steam.

With the end in sight, Boyer’s not remotely done yet.

“We’re just getting started: we’re planning on developing GalCiv III for five more years, at least, and that’ll be me spending all of my life on it.”

“Early DLC will probably be simple things, maps, tournaments, things like that where they’re essentially small scenarios,” he explains. There’s also going to be some Snathi DLC, where the furry psychotic squirrels can get a chance to conquer the galaxy. Boyer’s aiming to get that out there between now and the first expansion.

Before all of that, it’s got to launch, and that milestone will be reached on May 14th.