Galactic Civilizations is a pretty iconic series of sci-fi 4X games that can be succinctly summarised as “Civilization in space”. Developed and published by Stardock, it’s never really had the same mass appeal as Firaxis’ staple turn-based strategy games, but they’re still pretty good for what they and offer an excellent interstellar romp.

Galactic Civilizations III was released in 2015 – a year before Civilization VI -although it had been in a state of kind-of early access as early as 2014. In the years since its full release it’s been supported by plenty of expansions and smaller DLC packs. The bigger ones offer the most in terms of new content, but some of the smaller ones are worth looking into.

As we’ve done for other strategy games, we’ve put some time into sorting through all of the available expansion options so you know what’s worth buying, and what’s not. We’ve not bothered to include the two tie-in Star Control: Origins expansions, but commentary on everything else released for the game to date can be found below.

Here is a complete list of every Galactic Civilization III DLC:

Let’s look at all of these in more detail… 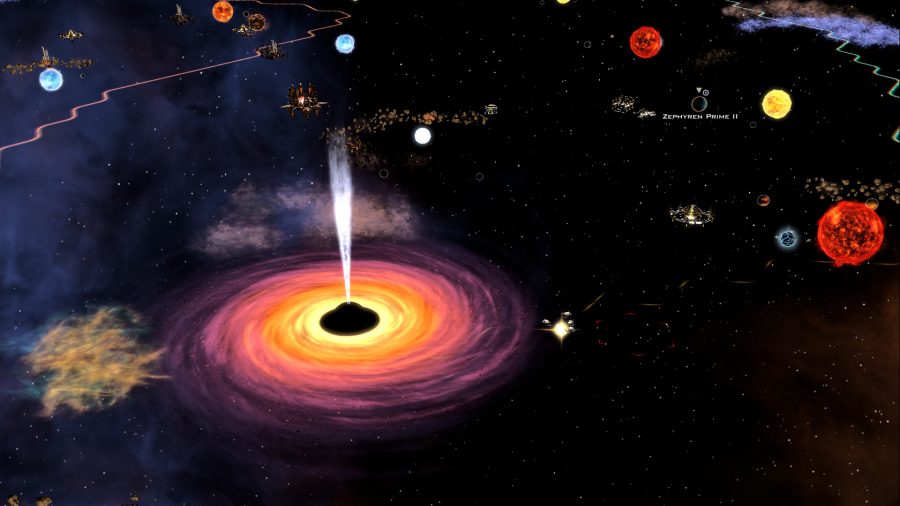 The free Map Pack DLC for Galactic Civilizations III came out shortly after release. Not only does it include a handful of maps, but also the ability to edit maps as well. A modest bit of content to be sure, but it’s free and essential if you want ensure you have all the game’s editing tools. 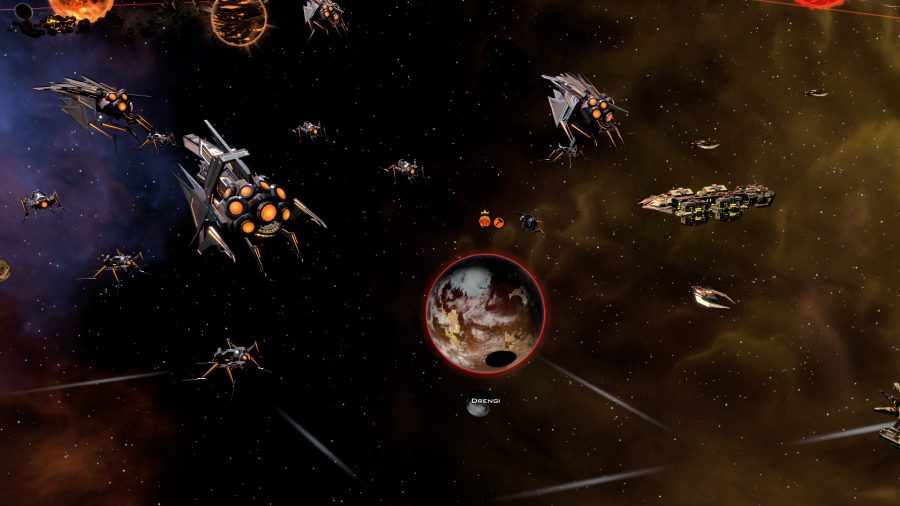 The Mega Events DLC adds new random variables, similar to the ‘end game crisis’ events in Stellaris. Assassinations which plunge the galaxy into war, invasions from a long-lost Dread Lord colony, and gigantic space monsters can fire off at any moment, testing your skill.

The experience is significantly more difficult with these components enabled (the frequency of the events can be controlled), so be sure that you’re comfortable running games before adding this to your game. 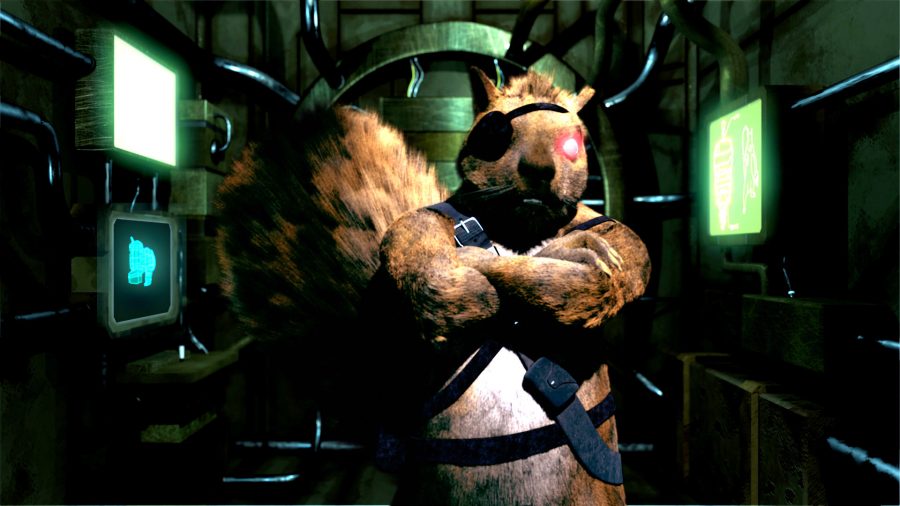 The Snathi are a squirrel-like race that had been genetically created by the Dread Lords, however they also frontline one of the best DLC upgrades in Galactic Civilizations III. This expansion adds the race as a variable in every game and has a pretty entertaining (albeit brief) campaign, it also adds a variety of ships which are taken from the Snathi.

The Snathi have unique abilities as well, in which they can scavenge any ship or monster and add it to their arsenal once defeated. While this could seemingly make the game incredibly unfair, the ability is also added to your repertoire as well, headlining the DLC with a new mechanic which can make play incredibly satisfying. A must have. 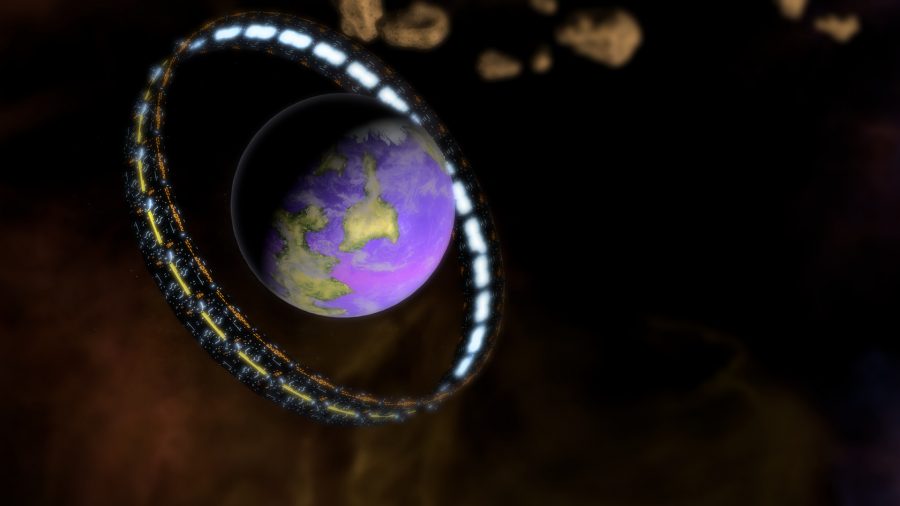 The Precursor Worlds DLC upgrade adds a variety of features which allow the utilization of exotic space technology. These upgrades add into the game a range of features, from more anomalies, space elevators, and promethean refineries. If you’re already familiar with Galactic Civilizations III and are vying for more content, this is a decent purchase which will ensure a variety of new gameplay components. 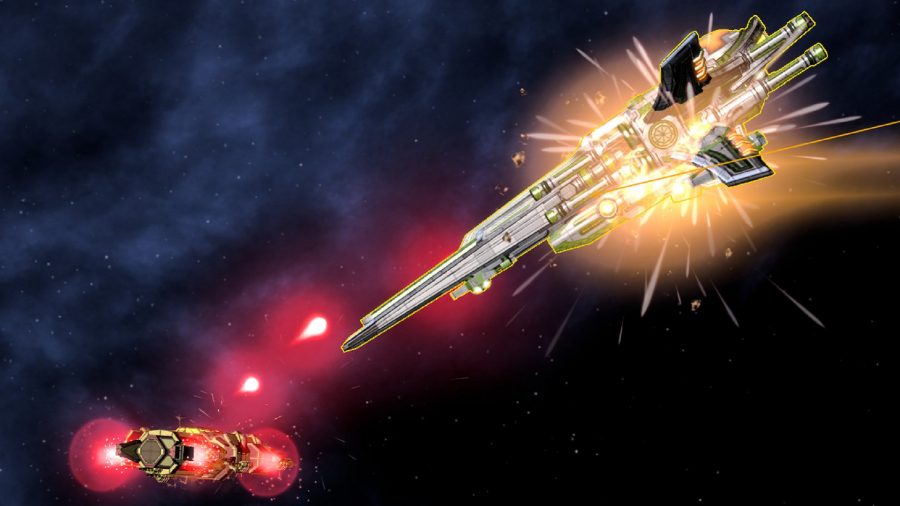 The first major expansion for Galactic Civilizations III, Mercenaries introduced the Galactic Bazaar, new factions, and a new campaign. Mercenaries can help you in conflict, but also boost a planet’s economy or livelihood, making the overall experience much more rounded. The expansion also adds a variety of ships and factions.

The Arcean faction is a warrior race which introduce new abilities and tech trees, while the Torians are an aquatic species which are enslaved by the campaign’s primary antagonist, the Drengin Empire. 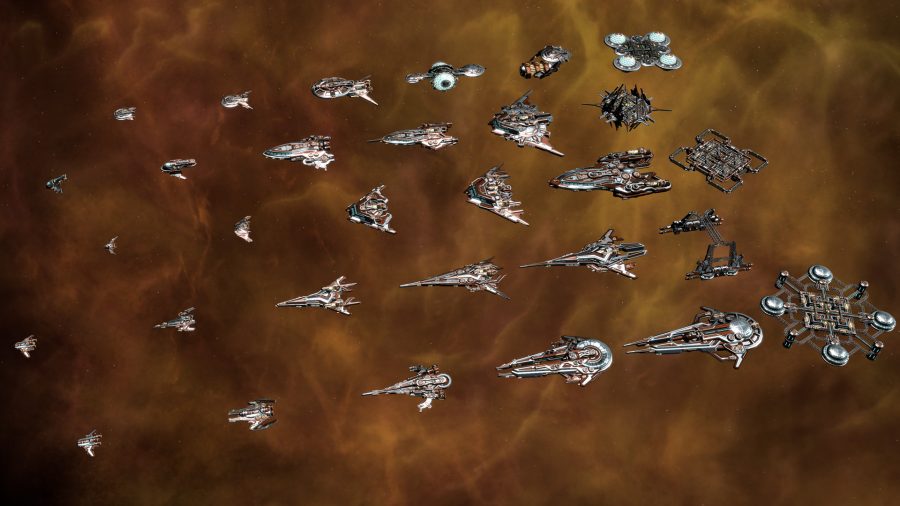 The Builders Kit DLC is mandatory if you’re looking to be more creative with your ship building. There are hundreds of new parts and styles included which allow the player to customize their ships to any tune they want. However, keep in mind, the decals are mostly adjusted by whichever race you’re currently playing as, so you’ll have to still manually change those if you don’t like the current colour scheme of a particular faction. 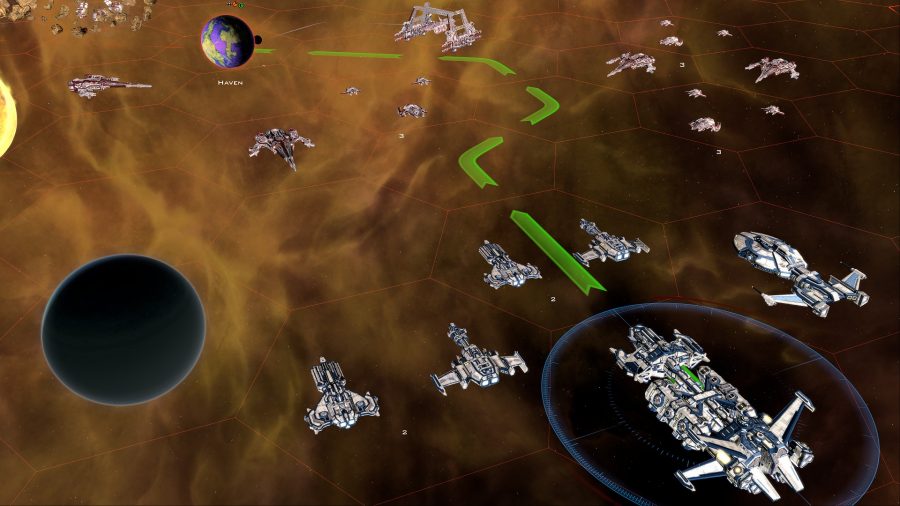 Rise of the Terrans

The Terran Alliance – the human faction of the Galactic Civilizations III universe – was formed a long time before the events of the main campaign. The Rise of the Terrans DLC is a prequel campaign which explores the story of how we as humans first stepped out to the stars. The potential is there, but ultimately this falls a bit flat.

It’s quite cheap, so it might be worth a look for the new race and new ships, but without much variety the DLC is lacking overall. 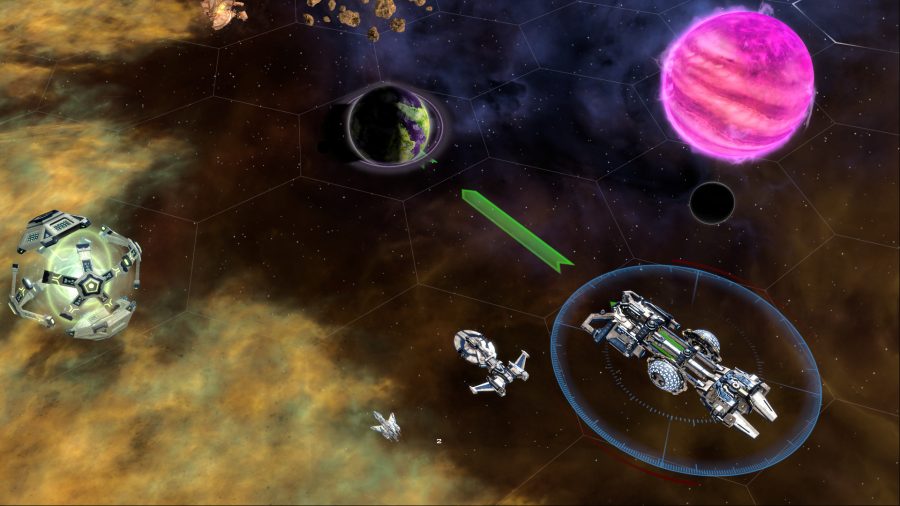 The Lost Treasure DLC adds a small number of upgrades to the base experience. While not as much content as an expansion, the added colony and planetary events are worth the consideration. What makes this particular DLC unique is the introduction of ancient treasures.

You can only have one of these ancient treasures at a time, but you can have powerful weapons such as an ‘ancient singularity cannon’ which increase the scale of battles. If you’re looking for a challenge, this is a fun upgrade which will add more gameplay variety for seasoned players. 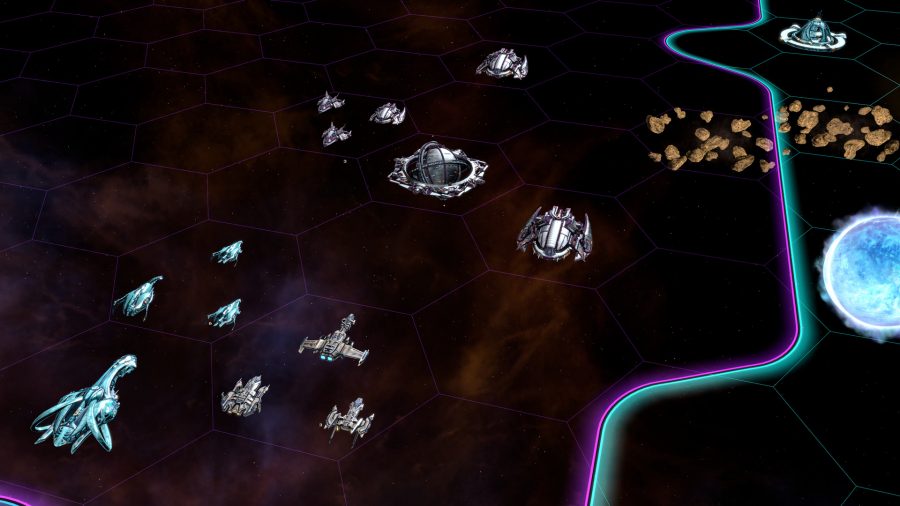 The Altarian Prophecy adds little, continuing the trend of the Rise of the Terrans DLC. There’s the expected content upgrades, but nothing particularly noteworthy which changes the overall gameplay. With only three added missions, there’s only minimal reason to pick up this DLC over spending your money on one of the bigger expansions.

While the story might be intriguing for fans who are invested in the series’ lore, adding this to your library is best left to completionists or to those who specifically enjoyed Rise of the Terrans. 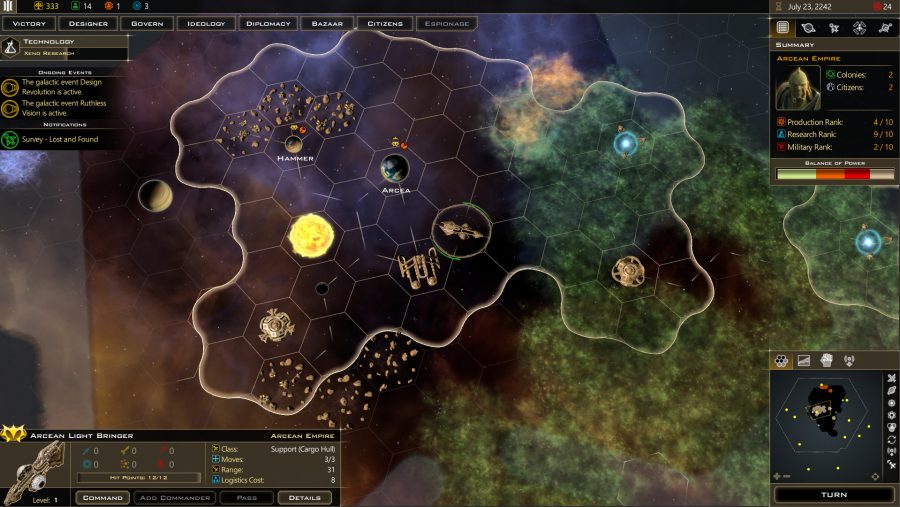 The Crusade expansion was – at the time – the biggest expansion for the game to date and the moment where publisher Stardock become serious with regards to post-release support and responding to player feedback.

The espionage system, a favoured mechanic from GalCiv2, makes a return, and a wide variety of other improvements were introduces as well, from overhauled UI, a new citizen system, and updates to other existing features. This expansion is a must-have. 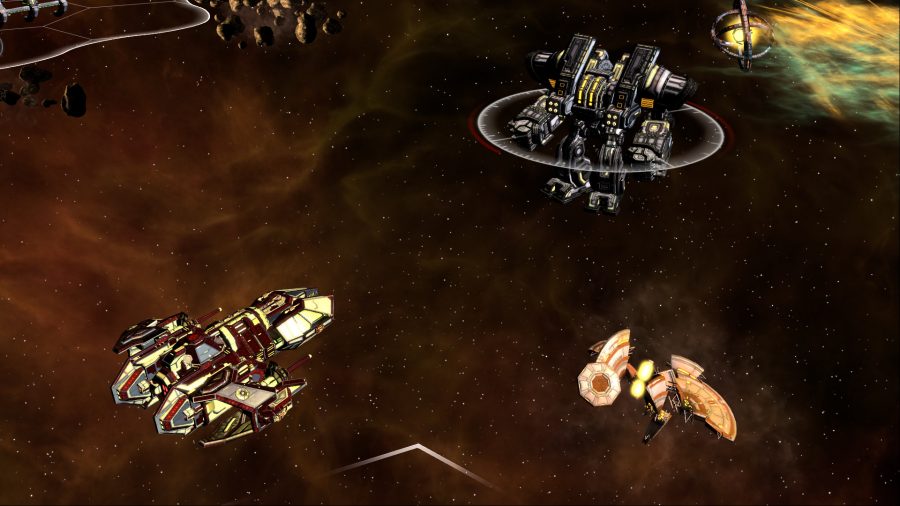 Someone at Stardock must enjoy Macross/Robotech, and hopefully you do too. If not, I can’t see why else you’d want to buy into an expansion that only adds in ship parts to make giant robots instead of actual spaceships. It’s cheap, and fun if you’re into whacky ship customisations, but there’s not much else to the Mech Parts Kit beyond that. 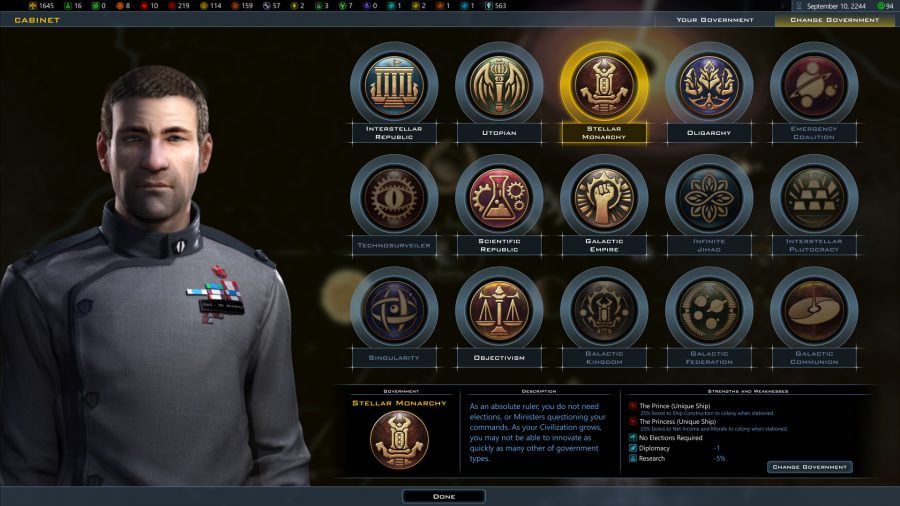 This is the best expansion for Galactic Civilizations III, Intrigue introduces a range of new options that make the game more dynamic at every level. You can further evolve and customise your race via the range of Government types available. You can trade in rare resources via the new Galactic Market, and there’s even a fake news channel that will reflect your game world back to you as events unfold.

There’s plenty more additions too, with previous content like the Bazaar getting new features too. This expansion is not necessarily any stronger than the others in isolation, but taken together this one offers the most. 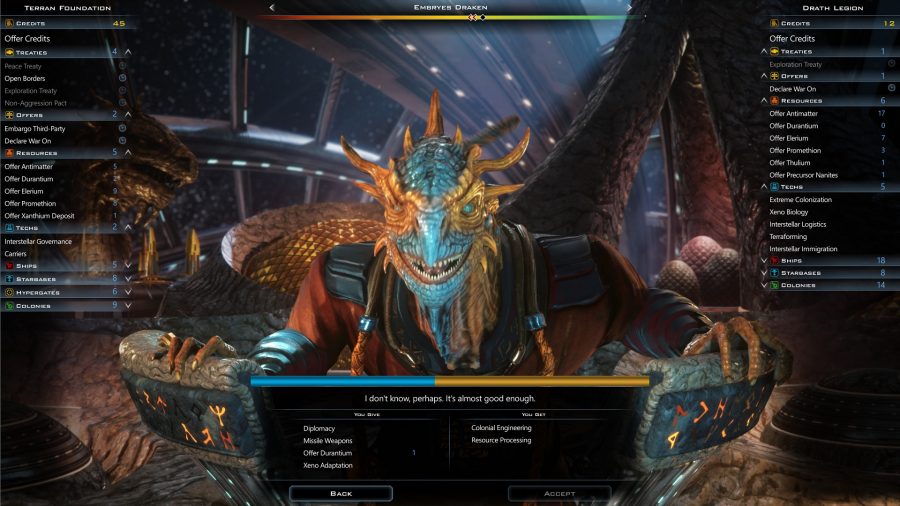 The Retribution expansion doesn’t shake things up, but it adds a range of features that will be welcomed by existing players. The two new races are fan-favourites that make a welcome return, and the new tech tree is a breath of fresh-air which helps keep the desire for repeat playthroughs going. Everything else is mainly quality of life stuff to varying degrees – nice additions to have but nothing to write home about. GalCiv 3’s internal narrative has always been there quietly ticking away in the background, and the story campaign included in this pack brings that entire arc (which started in the base game) to a conclusion.

We’ve always thought this evolving story is one of the game’s under-appreciated features, but hopefully anyone who has been going through these will be satisfied by the conclusion. 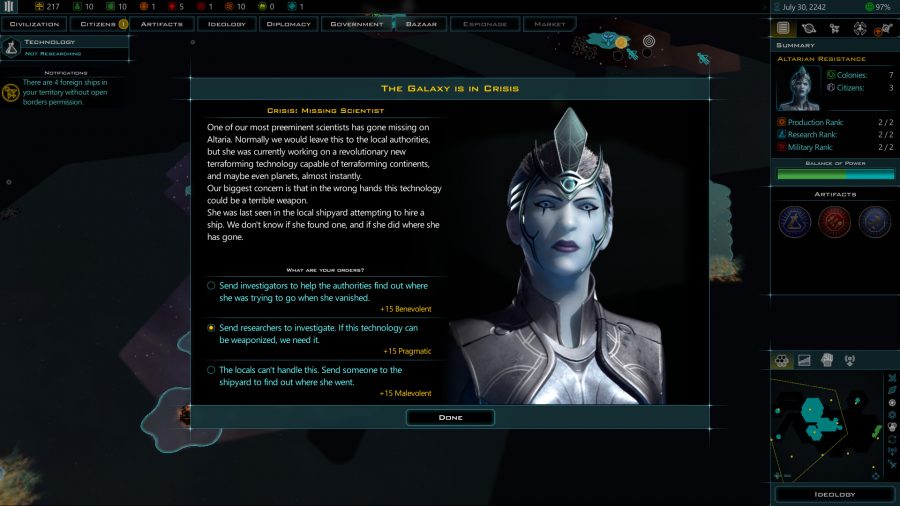 This is another minor DLC that aims to breath new life into the planet-level features, either as a way of livening things up for veterans or giving new players a dynamic, content-rich set of features for the game’s main aim: colonising other worlds.

It’s a pretty decent pack on paper, but note at the time of writing there seems to be a mixed picture as to how technically stable it is. Lots of reports of bugs or the content simply not unlocking. Make sure you do your research before buying this expansion.