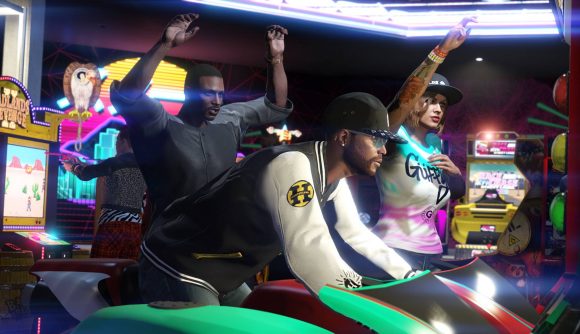 A pair of bipartisan bills introduced in the Washington state legislature aim to protect game developers from class action lawsuits. The bills, introduced in the state’s Senate and House of Representatives, each amend the definition of “illegal gambling games” in existing state law to specifically exclude most videogames.

The amended text would read: “For purposes of this section, ‘illegal gambling games’ does not include online games of chance when played solely for entertainment purposes with virtual items if such virtual items may be used only for gameplay and may not be, per the terms of service of the game, transferred, exchanged, or redeemed for money or property.”

That would certainly include loot boxes, as most games with loot box systems forbid the trade of virtual goods through their terms of service. The reasoning here is similar to that used by the UK Gambling Commission in 2017, when the organisation declared that loot boxes are not gambling as they can’t be cashed out for real-world money. (Though UK sentiment is far from settled, as the NHS mental health director has suggested loot boxes “encourage children to gamble.”)

But while the text seems to cover loot boxes, the specific aim of these bills is likely to protect social faux-gambling games. As GamesIndustry.biz notes, the Seattle-based Big Fish Games was sued in 2015 over its Big Fish Casino title. The game allows you to purchase chips to spend on virtual gambling games, but does not allow you to cash out your winnings.

In 2016, a US District Court Judge dismissed the complaint against Big Fish, but in 2018, a Federal Appeals Court reversed the decision, saying that “Big Fish Casino’s virtual chips are a ‘thing of value,’” and because of that, “Big Fish Casino constitutes illegal gambling under Washington law.” The final outcome of this suit is in limbo, as the case has been stayed pending the outcome of similar lawsuit against Huuuge Casino.

The two bills – HB 2720 and SB 6568 – do not specifically name any of these suits, but do say that “recently filed class action lawsuits” could have a negative effect on local game developers.

“These lawsuits, if decided adversely to the game companies, pose a substantial financial risk for video game development in this state. The further possibility exists that companies based in Washington will move their base of operations to other states, which would remove thousands of jobs from the state and a currently incalculable, but materially significant, amount of tax dollars.”

Both bills have been introduced in their respective chambers, but no decisions on their implementation have been rendered. HB 2720 is scheduled for public hearing on January 28.