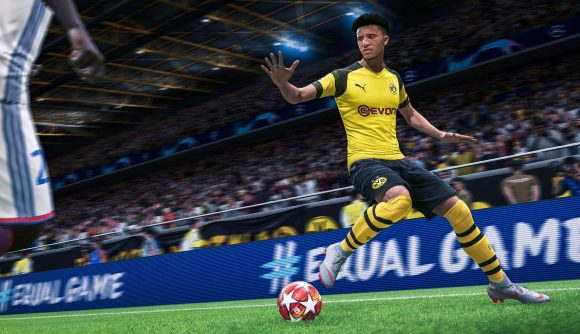 The loot box wars rage on in the UK, as they have around the world for the past couple years. In the latest salvo, the National Health Services director of mental health Claire Murdoch has said game companies are “setting kids up for addiction” by marketing blind loot boxes to them. The NHS is setting up a new centre for gaming addiction treatment, as well as 14 gambling clinics across England.

Rock Paper Shotgun highlighted the report yesterday, in which Murdoch calls on publishers to stop selling games that use loot boxes that “encourage children to gamble,” to make the changes explicitly clear when using loot boxes, to introduce spending caps that will keep people from dumping huge amounts of money into a game at once, and to help educate parents on in-game spending and its associated risks.

Murdoch’s official request also references the UK Gambling Commission’s latest figures on problem gambling among children, which became a lightning rod for loot box discussion back when it was published in 2018. However, then as now, that report never sought to establish a causal link between videogame loot boxes and what the commission considers actual gambling.

Be that as it may, many publishers have taken steps to make loot boxes less prominent in their games, and in some cases have removed them altogether. PUBG, for example, recently dropped locked loot boxes from the game, but some companies have kept using them – an EA representative described them last year as “surprise mechanics.” Overwatch, meanwhile, has pulled in more than a billion dollars of in-game revenue from loot boxes.

And while the Gambling Commission’s 2018 report doesn’t actually make any claims about loot boxes and youth gambling being linked, that hasn’t stopped a growing number of UK politicians from calling on the games industry to clamp down on the practice.

The NHS also suggested raising a games industry levy to support further research into the long-term effects of gaming.

“I am fully in favour of taking a public health approach and bringing in a regulatory body to oversee the gaming industry products currently causing great concerns to parents and professionals,” said Dr. Henrietta Bowden-Jones, a psychiatrist and the founder of the National Problem Gambling Clinic. “Loot boxes are only one of several features that will need to be investigated and indeed researched. We need an evidence-based approach to ensure our young people and gamers in general do not continue to be subjected to new and increasingly harmful products without our intervention.”