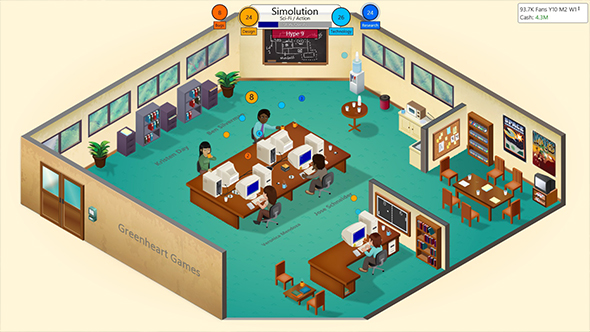 The next few years will see even more impressive growth for the game industry, according to new research from industry analysts. The industry as a whole is expected to reach a value of over $230 billion by 2022, and PC gaming is expected to be one of the biggest drivers of that growth – though mostly via hardware and online game services rather than traditional sales.

That’s according to Digi-Capital’s Games Report Q1 2018, which forecasts this growth based on the industry’s strong performance in 2017. The biggest sector was mobile, followed by PC hardware and PC game online sales – meaning DLC, in-app purchases, and subscriptions. Digi-Capital forecast that these three segments of the industry together could account for about three-quarters of total industry revenue within five years.

That’s in comparison to relatively small growth for VR, AR, esports, console sales, and traditional game sales on console and PC. Some growth is expected across the board for most of these segments, but they’re unlikely to come close to meeting the value of the other big gaming revenue sources. Interestingly, Digi-Capital paints the value of esports more in marketing major games rather than as a significant revenue source in its own right.

The US, China, Japan, and South Korea are projected to extend their dominance over the market to account for two-thirds of the industry’s global revenue by 2022. If you want to look at regional distribution another way, Asia is currently bigger than North America and Western Europe combined – and that’s expected to continue to be the case.

In the short term, videogame hardware and software are expected to generate revenues in the range of $165 billion to $170 billion in 2018.