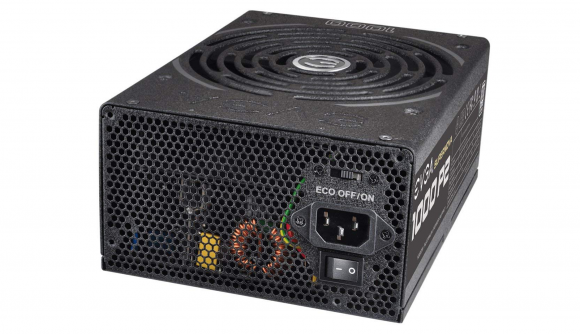 Intel’s PSU redesign could potentially make our PC power bricks “drastically” cheaper, says one manufacturer, and less wasteful. The standard announced last year will radically change how many PC power supplies are put together, and will not only cut heaps of internal rails to improve overall efficiency, but reportedly prices, too.

Your gaming PC mostly operates on 12-volt power, barring your SSDs and a handful of non-essential peripherals, yet most modern PSUs are still equipped for 5-volt and 3.3-volt, too. It might, however, be time for a ’20s overhaul to improve efficiency. With the latest standard, ATX12VO, spearheaded by Intel, these ageing rails are shifting away from your PSU and onto your motherboard’s handy power delivery components instead.

“As desktop computers continue to become more energy efficient,” Intel says to PCWorld, “the power supply AC-to-DC conversion loss can be the biggest consumer of power in a computer at idle. Existing ATX multi-rail power supplies (5V, 3.3V, 12V, -12V, 5VSB) are not very efficient at low loads of today’s desktop computers when at idle.”

Speaking with PCWorld’s Gordon Mah Ung regarding Intel’s new ATX12VO specification [PDF warning], one unnamed PSU manufacturer went as far to say the shift to single-rail will result in PSUs that are “drastically” cheaper to build. Corsair’s director of R&D also agreed that costs should go down while efficiency goes up, so says the report.

With our new ATX12VO spec, featuring a 10-pin connector, we are changing the future of PC power supplies & significantly improving efficiency. #IamIntel https://t.co/J5wIKAba1e

There’s just one catch, however. The cost of these rails may be carried over to the motherboard. 5-volt and 3.3-volt power are still required by some internal parts, and, while only required by a few, these rails cannot cannot be removed just yet. Motherboards are already rather pricey, especially some of the best motherboards for gaming nowadays, and this could incur further charges due to increased complexity down the line.

On the plus side, ATX12VO would replace the 24-pin motherboard connector with just a single 10-pin. A small change that could have a huge impact on the appearance of custom PC builds.

Yet as it stands today, plans to introduce this new standard into the DIY market are nascent, if at all considered. Don’t expect any major changes with AMD Zen 3 or Intel Comet Lake motherboards, and it may be some time until we see the enthusiast market change its tried and tested ways.