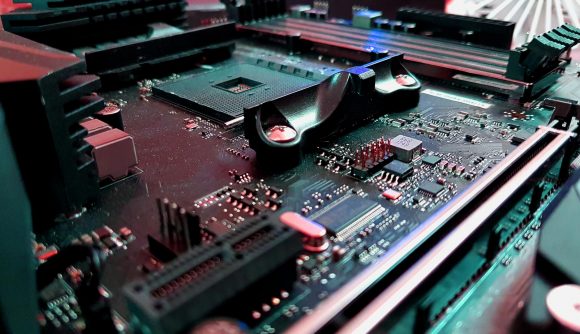 With availability of the best graphics card from AMD or Nvidia struggling, some retailers are selling the latest GPUs bundled alongside motherboards in an attempt to deter scalpers and improve the availability of the best graphics cards from AMD and Nvidia. This doesn’t seem to have reduced stock issues, but it’s certainly removed the possibility of motherboards becoming scarce.

Bundles are great if you’re planning a new build, but this leaves DIY upgraders with a lot of spare motherboards lying around ready to be resold on the second-hand market. Digitimes reports that sales are expected to fall by up to 15% this quarter thanks to reduced demand, as more gamers turn to the likes of Ebay for their components. So, while the price of the best SSD for gaming, GPUs, and RAM continue to rise, motherboards should be one of the only parts staying cheap.

While this news hasn’t made much of a dent in motherboard prices on Amazon just yet, a continued lack of demand could see that change – unlike the best gaming RAM, which is starting to struggle with supply.

That’s less likely to impact newer motherboards such as the Z590 series, or future LGA 1700 boards for the upcoming Intel Alder Lake chips, where demand could be much higher.