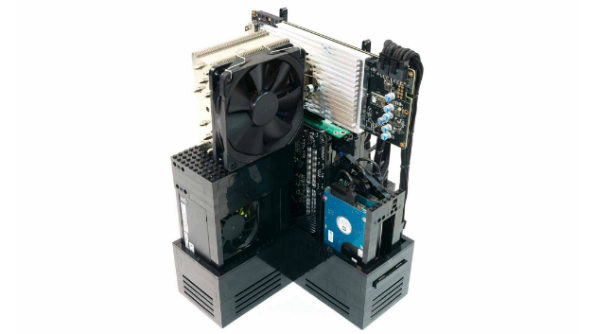 If you thought last year’s $30bn spend on PC gaming hardware was the high-water mark for the industry market analysts are predicting we’ll have topped the $40bn point in the next four years. That’s a whole lot of RGB keyboards…

If you can’t spare the cash for a whole new PC, what about a nice little upgrade? Picking the right new graphics card can be best gaming update you can make.

Analysts, DFC Intelligence, reckon that growth is going to be primarily down to an emerging group of young PC gamers who currently don’t have the cash to drop on a serious gaming rig, but are predicted to start splurging as soon as their bank balance allows.

DFC poured through millions of searches over a number of years on the Can You Run It site, powered by System Requirements Lab. If you want to know whether your current rig will run the latest games they’ll deliver a tailored breakdown of how your PC will fare. This makes them a great source for the sorts of gaming machines that are out there, what parts people are looking to upgrade and when.

After analysing the sprawling mass of data they’re estimating this group of emerging PC gamers will help push the yearly spend on dedicated gaming hardware up to $40bn by 2021. That would be a massive 25% growth in just four years and will likely have the hardware gang giddy with excitement as they’re all announcing new stuff right now, like AMD’s Vega GPUs, Nvidia’s Volta cards and Intel’s new mainstream Coffee Lake processors too.

“This is great news for companies like Nvidia, Intel and AMD as these consumers will look to increasingly spend money on performance hardware,” said DFC lead analyst, David Cole. “Teenagers and young adults today are very aware of not only major PC brands but also issues like the importance of specialized cooling systems and power supplies. The main issue is many of these consumers are not in a position to afford expensive systems. However, that will change as they grow older.”

DFC aren’t alone in this prediction either. When Jon Peddie Research announced last year’s $30bn spend they also stuck their neck out and predicted a compound annual growth of around 6% going on towards 2019. That sits pretty close to the $ 2.5bn growth needed each year to hit the $40bn mark by 2021. Well, if my maths are right anyways. I ain’t no market researcher…

System Requirements Lab. are part of the PCGames Network.