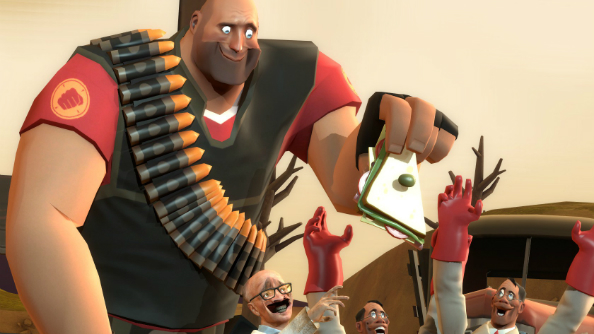 Newman’s comments on the sequel came when asked if he’d ever consider raising the price of the first game:

“We wouldn’t raise the price now, I mean we’re kind of working on a sequel, so it’d be stupid to the raise the price, really. It’s early days. We’re looking at having more VR stuff in it – that’s the big point of it. And it won’t be called Garry’s Mod 2.”

There were once some rumblings about Oculus support for Garry’s Mod 1.0 before the studio quashed them. Or whatever one does to a rumbling in order to cease it. Analogies, eh?

The comment came during an interview about the making of Garry’s Mod, in which it also transpired that Newman was initially unsure whether to charge any money at all for it:

“The price goes back to the original days. We decided to have it that cheap because when Valve originally asked if we wanted to put it on Steam I said no. I thought: who would pay for it? When we were first talking about price we thought $10. If we’d have priced it at $50 or $30, or even $20, I don’t think it’d have lasted ten years.”