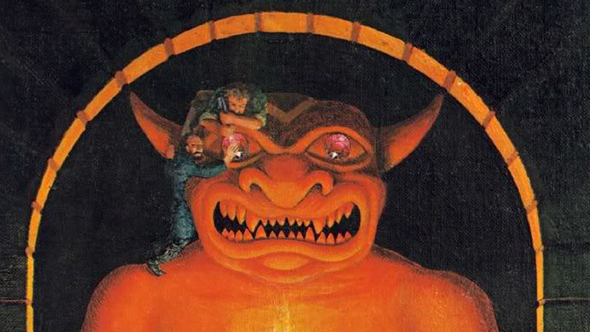 Gary Gygax created Dungeons & Dragons (along with with Dave Arneson) nearly half a century ago, helping to codify the concept of role-playing games with perhaps the most influential set of rules ever devised. Now his previously unpublished work is set to come back to life thanks to a new partnership between the Gygax Trust and crowdfunding platform Fig.

These are the best RPGs on PC.

Fig and the Gygax Trust are working to build games based on “previously unpublished works that formed the inspiration for creating Dungeons & Dragons.” They’ll seek appropriate developers for individual games, set up crowdfunding campaigns via Fig, and publish the resulting titles.

More details on the initiative will be revealed later in the year. In the meantime, the Gygax Trust is working to archive Gary’s handwritten materials and personal effects. His son Alex – CEO of Gygax Games – tells Polygon that one of the biggest discoveries “was his personal D&D campaign that he had never released to the public. He didn’t want his game nights being destroyed by publishing his work and then having his group go out and buy it and find out all of his secrets. So that’s one of the main things that we have to use, and all the little side derivatives of that.”

Alex says that “pen and paper is a dying art,” hence the decision to adapt these unpublished works into the digital realm. Developers will be free to pitch takes on the materiel for review before building a full crowdfunding campaign on Fig.