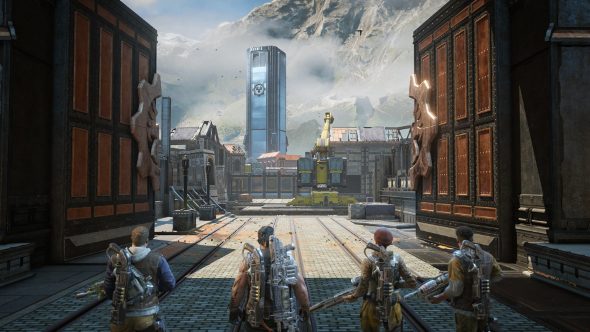 It’s strange to see Gears of War 4 on PC. While the first game crossed over to the other side, it didn’t start a trend, and the series has instead become synonymous with Microsoft’s consoles. But with the company now unifying everything, we can finally get a taste of what it’s like to cut enemies in half with a chainsaw gun.

For an examination of what works on a gameplay level, try our Gears of War 4 PC review.

The game’s arrival on PC isn’t quite the strangest thing, however. That would be the fact that not only is it a good port, it could probably teach a thing or two to some PC exclusives.

If your memories of the original Gears of War and its HD upgrade, also available on PC, are of levels painted in stark greys and browns, lifeless and ugly, then I might have some good news for you: Gears of War 4 has picked up a broader colour palette. It’s still often bleak and gloomy, but there is a bit more variety. Though it can be striking, with action-packed set piece battles and plenty of environmental destruction, it does look a little dated and flat in places. It is, however, an improvement over the beta, and importantly it’s highly customisable. 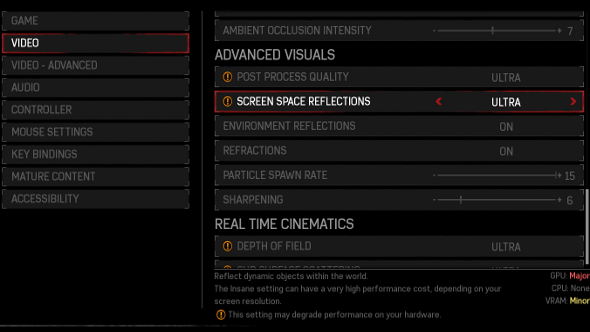 Rarely do I consider a menu to be a high point of a game, but Gears of War 4’s graphics options are lavish. Between the regular and advanced menus, there are 40 different elements that you can tweak, from the expected, like anisotropic filtering, to the absurdly specific, like capsule shadow quality, which lets you tweak “the quality of soft shadows produced by characters in indirectly lit areas.” Indeed, just for lighting and shadows alone, there are nine different options, including the ability to not only choose the ambient occlusion quality, but its intensity as well. And yes, don’t worry, there’s a field of view slider too.

It’s a feast of sliders, presets and quality options. To some, of course, this will probably sound like a nightmare, but fiddling with the settings is surprisingly easy thanks to the menus’ clarity. Settings are all grouped together based on what they change, like lighting or textures, and every individual option comes with a brief explanation along with an indicator that lets you know what impact it will have on your GPU, CPU and VRAM. There’s an extra layer of user-friendliness as well, as settings that will have a big impact on your specific hardware have a exclamation icon next to them. Bonus news: there’s also a benchmark, so if you want to guarantee a solid frame rate before starting a campaign, or you’re just curious about a new hardwate upgrade’s effect on your rig, it’s A Good Thing.

For anyone who doesn’t want to spend a while tweaking, there are four presets ranging from low to ultra, and a recommended preset based on your hardware. While I don’t normally recommend auto-detect settings, since they’re invariably wrong, I can’t really fault the settings that the recommended preset chose for me. 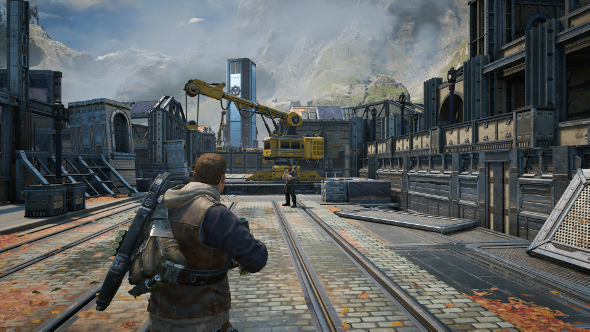 Here you can see the ultra preset at 1080p. All but a few options, like screen space reflections, which can be turned up to ‘insane’, are at their maximum values. It’s worth noting that, while most options can be changed on the fly, things like texture quality require a restart before they change. Just go back to the main menu and reload the game. This is par for the course, but the game doesn’t actually inform you of this.

On ultra, the game tends to stay around the mid 70fps mark on my system, though there is occasional stuttering and it can fall to 35fps, mostly thanks to the texture and lighting settings. 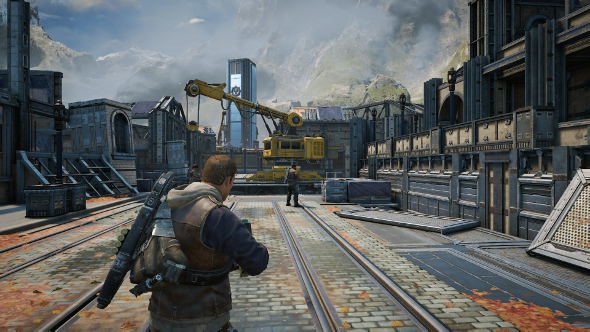 Using the high preset, the visual difference is a subtle one. Reflections have been toned down, while textures display less wear and tear. Small details like tiny wire grates that were visible with the ultra preset are now less defined, too.

The reduction in lighting and texture quality has a big impact on the frame rate. It averages at nearly 100fps, sometimes dipping to the low 70s. The stuttering is gone, as well. For my rig, a mix of high and ultra settings gave me consistent and reasonably high performance of around 90fps. 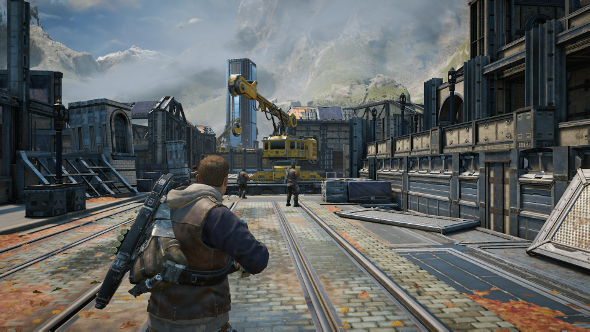 The medium preset has a more noticeable dip in visual quality. Textures near and far are visibly poorer, scenes lose depth and shadows are fewer and simpler. You’ll also notice that the detail on the characters models has also been reduced.

Despite the obvious visual change, performance is not dramatically different from the high preset. It similarly averages at around 100fps, just a bit above, while there are some dips to the mid 70s. 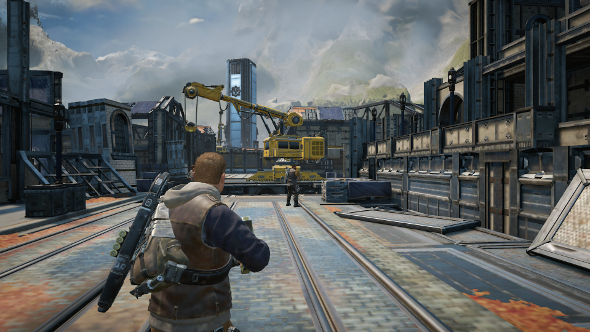 The low preset reveals just how configurable Gears of War 4 is. To get this massive reduction in quality normally, you’d need to root around in the game’s .ini files or further afield, rather than the in-game settings. As you can see, it’s hideous, with muddy, bare-bones textures and the absence of fine details making it uglier than even Gears of War 1. But this severe drop in quality should also make it easier to play on ageing rigs, so it’s nice to see it scales so far down, really.

Performance increases appropriately, sticking to around 120fps. Even older rigs should have no problems getting 60fps with this preset.

HUD customisation is, unfortunately, not as robust. You can turn off tooltips and tutorials, but only in multiplayer can you actually turn off the HUD itself. Thankfully, controller customisation picks up the slack, for both gamepads and mouse and keyboard.

If you’re using an Xbox controller or similar, you’ll be getting the best experience, as this is the control method that the game was developed in mind for. The sprinting and leaping just feels more natural with a controller’s button layout. Settings that can be tweaked include the inner and outer dead zones, along with various stick configurations, button layouts and sensitivity sliders. 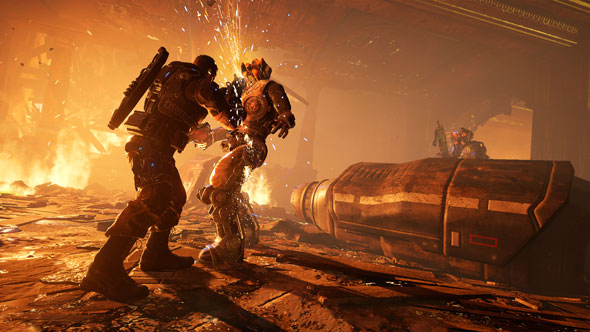 With mouse and keyboard, it’s still completely playable, and rebindable keys and several mouse settings, like turning off mouse turn while running and different sliders for look and aim sensitivity, make it easier to fine tune it to your specifications.

A quick word on split-screen, too: it seems to have very little performance impact, which is saying something when you’re effectively asking the game to render everything twice – albeit over a smaller window. The vertical letterboxing on each side of the screen is a bit of a niggle, as is the inability to flip the split-screen vertically as well as horizontally. But look, let’s not look a gift horse in the mouth here: local split-screen co-op!

Gears of War 4 sets the bar very high for future PC ports, with its solid performance and insanely detailed list of graphics settings. It goes above and beyond what we even expect from PC exclusives. If it wasn’t shackled to Microsoft’s awful platform and store, it would be nearly perfect.

Impressed by Gears 4’s PC chops? Help us fill in our Gears of War 4 user review.