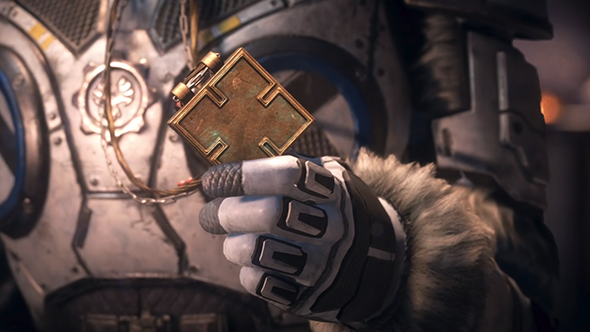 Amidst a suite of Gears of War announcements in Microsoft’s E3 2018 presentation – including a mobile game and an XCOM-style squad tactics game – there was a fully-fledged Gears of War 5. Just as well really – I briefly feared for Twitch chat’s collective sanity after the funko pops appeared.

We saw a new trailer, in which Kait Diaz – returning from Gears of War 4 – is distressed by the death of an unseen character and by the visions she has apparently been having. Series protagonist Marcus Fenix orders her to move on with the rest of the squad, but she’s determined to leave in search of answers. Perhaps the game will change focus between Fenix and Diaz? Perhaps it will feature Diaz alone?

To put more bullets in more bad guys, check out the best shooters on PC.

Gears 4 also pointed towards a sequel when it was revealed during a post-credits scene that one of its characters, Oscar, had survived his abduction by the evil Swarm. It was also revealed at the end of the game that Kait was the granddaughter of the Locust Queen Myrrah, suggesting that the dynasty could carry on in a new game.

A new Gears of War game is not unexpected. Not only is the series one of Microsoft’s largest IPs (at a time when they’re struggling for major releases), but Phil Spencer recently hinted at a sequel to Gears of War 4. On top of that, job ads have appeared to work on the series at The Coalition Studio.

In fact, work appears to have been ongoing on Gears of War 5 since just after the release of Gears of War 4 in October 2016, with a series of major hires throughout that winter, despite work on Gears 4’s DLC finishing up in October.