Memory manufacturers, GeIL, have just sent their new RGB LED infested DDR4 modules out into the wild and you can buy a set right now…if you want even more unnecessary cabling flailing around inside your rig. That scraping noise you can hear? That’s the bottom of the barrel.

RGB LEDs won’t make your PC run faster, but our introduction on how to overclock will.

The new EVO X DDR4 memory modules are listed by GeIL as ‘hardcore gaming memory.’ I can only assume that’s because they’re sporting an entire extra slice of PCB on top of each RAM stick to give you some flashy coloured lights. LEDs, they just scream gaming, right?

This RGB illumination fascination is just getting ridiculous. I could cope with gaming mice and keyboards getting flashy LEDs and such. I mean, they’re sat on your desktop and after a couple hours staring at your screen you might want to alter your focal distance and stare at something else for a while.

And your graphics card is often pride of place next to the Perspex window of your PC, which probably also has other LEDs blinking and flashing away in it anyways. When you want to point out the thing you just spent the rent money on to your loving partner it’s handy having it illuminated. And all of those peripherals and components are already connected to a power supply so if they want to sup a little more juice and give me a little lightshow I’m happy to live and let live.

But the new GeIL EVO X memory modules are a new low. I don’t know if it’s the fact I’m barely clinging onto consciousness thanks to a particularly virulent strain of plague I’ve manage to collect, or my scattergun approach to self-medication, but I’m struggling to keep the bile down right now. 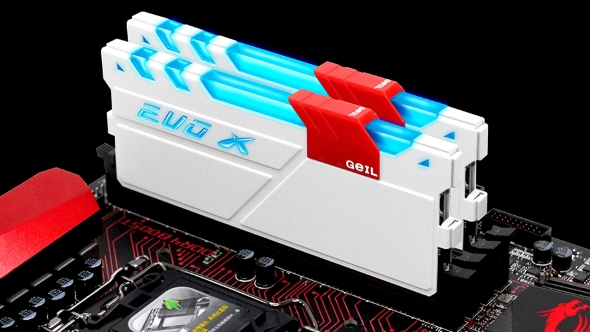 It’s the fact that each and every single one of these EVO X memory modules needs to be individually wired into either a dedicated RGB LED header or a 9V/12V fan power connection on the motherboard. There’s a reason none of the marketing material shows them actually wired in – for even a modest dual channel setup with four sticks that ends up leaving your memory array looking like it’s sporting a Cthulu tentacle beard. But hey, it is Hallowe’en…

For all the dubious aesthetic benefits of having strobing LEDs blazing out of your PC’s see-through side panel, you’re off-setting that with a hideous mass of extra cabling. Not to mention the fact the bespoke Hybrid-Independent-Light-Module (HILM) GeIL are so proud of almost doubles the height of each RAM stick, meaning air-coolers are likely to be utterly incompatible. 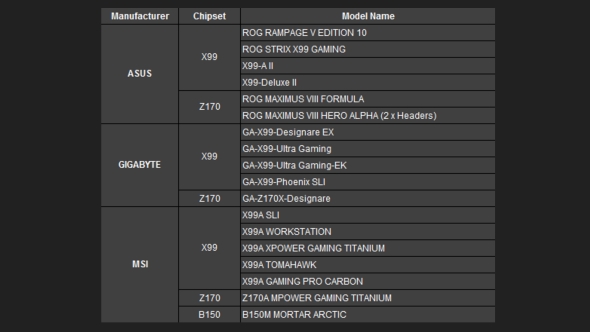 And speaking of compatibility, if you want to sync up your motherboard and memory modules’ LEDs you’ll need specific Asus, Gigabyte or MSI mobos to give you that RGB header connection. Otherwise you literally only get RGB – red, green and blue – from using a standard fan power connection.

You can pick up the new GeIL EVO X RGB memory modules from Overclockers in the UK or Newegg in the US. But if you do I’m not talking to you again.