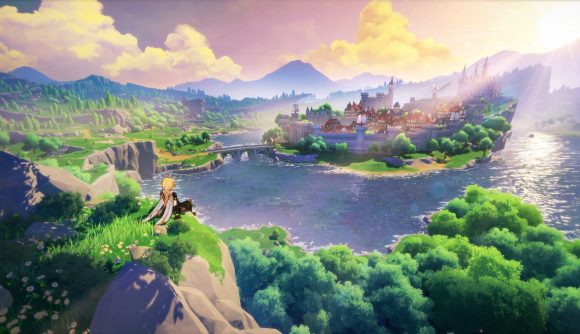 Genshin Impact is an upcoming open-world action-adventure game from Chinese developer miHoYo. It features cel-shaded art. It lets you climb basically any wall. It has gliding. It has a stamina meter that governs your sprinting and climbing. It features giant robot enemies that shoot massive bursts of laser energy out of their eyes. In short, it looks a lot like The Legend of Zelda: Breath of the Wild.

Nintendo’s open-world take on Zelda has already served as inspiration for other games – Ubisoft’s Gods & Monsters is one example – but Genshin Impact has hewn so closely to the formula that it’s become controversial in the Chinese game industry. As Abacus reports, some developers worry that the game will end up causing harm for everyone.

“If this game manages to survive or, god forbid, go viral, Chinese gaming companies are dead beyond salvation,” one Ubisoft Shanghai developer says. “They will die in terms of securing future funding or talent. We have to make some real originals!” In response to the complaints, miHoYo issued a statement simply saying that it took inspiration from Zelda and other open-world titles.

The Genshin Impact trailer, which you can see below, does look a bit more like a traditional, anime-style RPG than a Zelda game, but some of the direct comparisons players have noted do appear pretty blatant.

Genshin Impact is scheduled to launch Spring 2020, but it’s already available in closed beta, even to English-speaking players. You can sign up on the official website.

Other efforts of questionable legality have already put Zelda on PC, complete with ReShade effects to simulate ray tracing. I’m all for more colourful action-adventure titles on any platform, but it’s to overlook just how similar Genshin Impact looks to its predecessor.