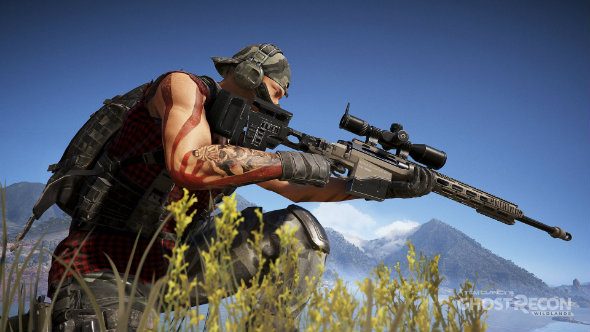 Two of LA’s most beloved scriptwriters are working on the drug-war story that will drive Ubisoft’s upcoming open world shooter, in the form of Don Winslow and Shane Salerno. With a list of films behind them that makes Dickens’ library look quaint, gamers can be assured that the dialogue should be as just as tight as the game’s gunplay.

Didn’t make it into the Wildlands beta? Here are some killer sandbox games to tide you over until the game’s release in March.

Not familiar with the body of works of these two acclaimed writers? Prepare to be dazzled. Winslow specializes in drug-trade writing, with over 20 years of research, making him the perfect writer for the war-on-drugs setting of Wildlands. His novel Savages was picked up by a certain Oliver Stone and turned into a film, while several of his books have hit the #1 international best sellers, including The Power of the Dog and Savages.

Salerno is currently keeping himself busy on not one, but four movie scripts, including the sequel to Avatar, and working with Ridley Scott on the adaption of Winslow’s novel, The Cartel. Between the two, their wealth of writing knowledge on drug-wars means that Wildlands could just be the most accurate depiction of the drug war, as opposed to say, 50 Cent’s horrific Bulletproof game.

According to the Wildland’s Senior Producer Nouredine Abboud, “Tom Clancy’s Ghost Recon Wildlands presents a first for the series with our massive open world that can be explored freely. With this amount of freedom, we wanted to bring in top talent to create a believable cartel organization and story”. She continues, “we knew that Don Winslow and Shane Salerno would be the perfect team to help us keep the game rooted in reality while keeping the game’s core entertainment experience.”

It seems that Salerno is just as passionate about working on a Tom Clancy game, having been a fan of the author, “…ever since I first read The Hunt For Red October”. Here’s hoping the two super-star scriptwriters can deliver enough quality dialogue to keep the vast expanse of Wildlands an interesting place, as it’s going to be the largest open-world game Ubisoft has ever created.

With a recent email to closed beta participants suggesting there would be an open beta before the game’s March release date, we think it’d wise to head over to the beta registration site if you want to give it a go before then.

Ubisoft just released a lengthy livestream from the closed beta if you’d like to see what lucky beta participants are playing.