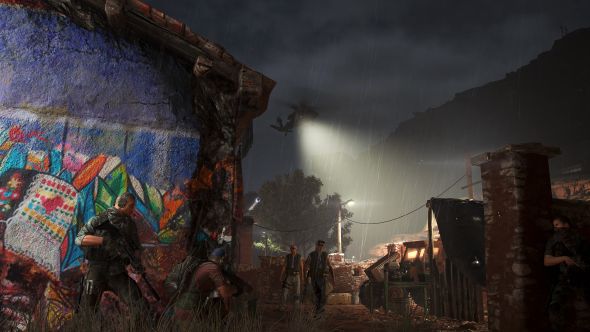 Wildlands is one our most-anticipated upcoming PC games.

The footage is narrated by Wildlands’s lead designer, Dominic Butler, and features a team of the titular Ghosts running around shouting things like ‘tangos sighted’ and ‘hoo-ah’.

Wildlands is an open-world squad shooter game set in Bolivia, in which you must shake the grip of tyrannical drug cartels over the region. In the new footage, the player is tasked with rescuing a local cartel leader from an execution so as to embarass his disgruntled boss. The dynamic weather and day/night cycle are on show, as is an icon-filled map. I have to say it looks pretty stunning.

Wildlands’s best times will probably happen in co-op mode, in which up to three other players can join you in overthrowing the cartels. It’s reassuring to know you can also play solo, with the AI taking over your three squadmates.

Wildlands is due for release on March 7. You can sign up for a chance to get into the beta here.