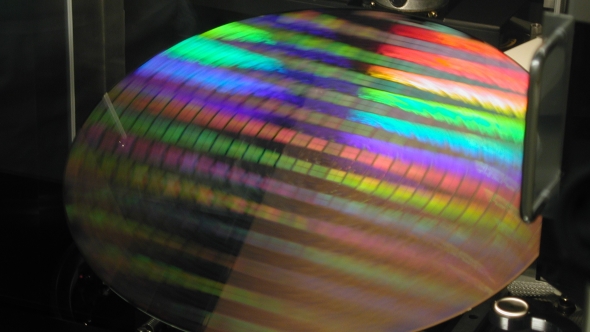 Intel have been very vocal in their criticisms of competing manufacturer’s process nodes, criticising their lack of density. However, GlobalFoundries CTO, Gary Patton, is happy to return some of the shade that Intel are throwing their way and wants everyone to know just how dense chip-manufacturer GlobalFoundries can be.

Want to throw power efficiency out of the window? Here is our how to overclock guide.

GlobalFoundries are the company that manufactures most of AMD’s computing and graphical chips. They produce the 14nm node AMD currently use within their Polaris and Vega architecture designs, and are producing the 12nm chips for the upcoming AMD Ryzen 2 desktop processors. They have also skipped past the potential 10nm process, heading straight down to 7nm for their next node generation, unlike Intel who have been working on 10nm for some time. 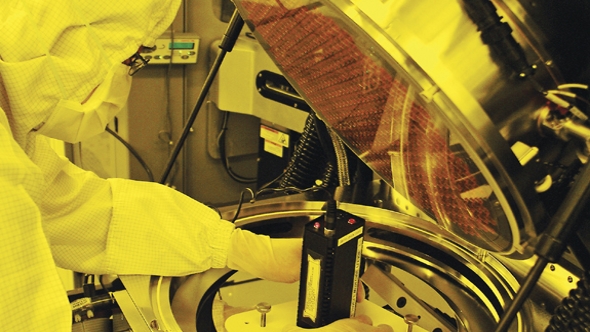 “The same thing has happened with 10nm – I mean if you look at the scaling and the performance, it is a pretty weak node. We want to focus on nodes that will give a very strong value proposition, so we are focusing very hard on 7nm, and making sure for customers jumping from 14nm to 7nm that we are giving them a really significant improvement.”

Intel were pretty trigger-happy last March to stand up on stage and point to the inadequacies of their competitors naming schemes and subsequent transistor density, even calling it a “node naming mess”.

“Our customers know the difference,” Patton says, “they get our design kit, they can layout circuits, they know how dense we are. There’s no confusion about what our node is.” 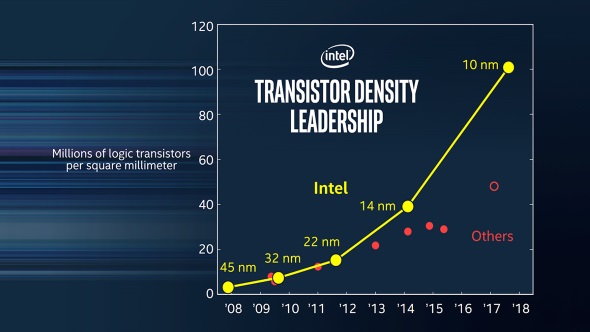 Since March, however, a loose-lipped engineer recently indicated that Intel’s 10nm node may actually be lagging behind the competition’s many 7nm nodes, despite the supposed boondoggling of naming conventions. We’ve already seen some evidence of potentially low-yields from this process in the form of a GPU-less dual-core Cannon Lake processor.

GlobalFoundries expect a long shelf-life for their 7nm process, which could put Intel on the back foot for some time if they don’t manage to shape up at 10nm. GloFo also plan on eventually moving over to the new manufacturing process on the block, Extreme Ultraviolet (EUV), with the 7nm node. This technology aims to reduce the manufacturing steps, and associated costs, required to produce chips, which Intel are also likely to roll-out on a large scale sometime in the near-future.

GlobalFoundries expect their first 7nm products to be reaching mass volume production towards the end of 2018 and into the beginning of 2019 – no doubt AMD’s 7nm Vega will be making up the vanguard of products first to use the denser node tech. This will be potentially be followed by AMD’s Zen 2 processors and Navi GPU architecture – although one will likely be opting for TSMC’s rival 7nm node instead, and there have been some rumblings that Samsung might be sniffing around too.