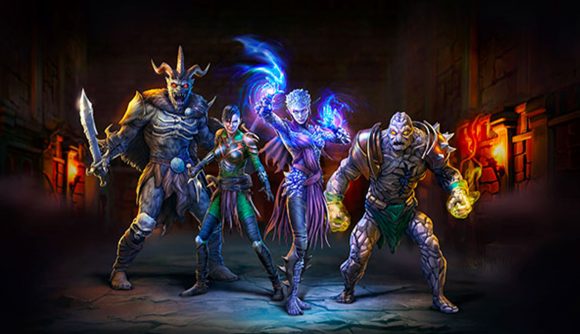 Last week, the PC adaptation of popular board game Gloomhaven launched out of Steam Early Access, with its 1.0 version bringing tons of story missions, unique characters, a digital-exclusive Guildmaster adventure, and more to recreate the tabletop original. Now Sam Swain, former Fable developer and the programmer behind game engine plugin tool Apparance, has explained how this tech’s procedural generation capabilities were a key component in helping to bring Gloomhaven to life on PC.

In a talk at this year’s Develop: Brighton conference, Swain explores how the Apparance tool helped build dynamic environments for Gloomhaven PC’s dungeons – the hex-based spaces in which the dungeon crawler plays out. This tech is essentially a procedural generation plugin for the Unreal and Unity game engines which allows developers to interactively and visually create “detailed and expansive” 3D worlds. Based on procedural logic, programming, and modelling, it lets devs generate environments and objects – so in Gloomhaven’s case, the dungeon spaces, and the items and features that fill them – in an innovative way, with a lot of scope for extensive control, interactive editing, rapid iteration, and high-speed run-time generation.

The nature of Gloomhaven made it a tricky game to bring to PC. The game features tons of rules, dungeon layouts, risks, and rewards tied to players’ adventures through the game.

“It was a huge undertaking to recreate the whole game,” Swain explains, “with nearly 100 bespoke scenarios, dozens of characters, hundreds of cards, and thousands of rules to adhere to.” In approaching the monumental task of recreating the whole, vast game, the team at developer Flaming Fowl Studios went in a slightly different direction, drawing on Apparance to help do this. “The dynamic nature of parameterised procedural systems was ideal for coping with the unknowns of populating an endless variety of map tile configurations and interconnections that just wouldn’t be possible by hand,” Swain explains on Apparance’s site. 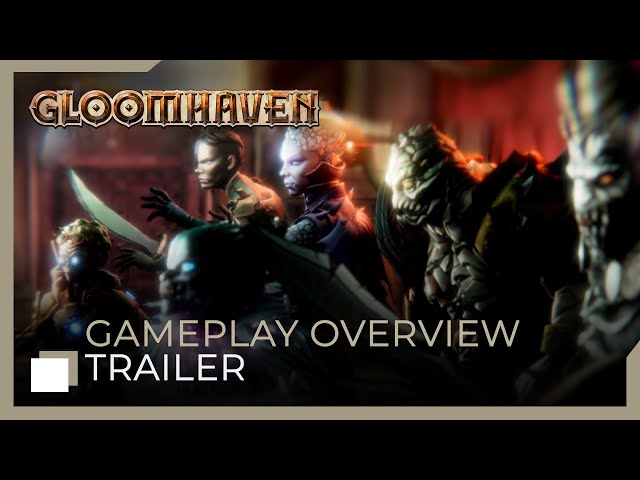 Apparance played a big part in Gloomhaven’s map tile analysis stage. The tool draws on elements that make up a scene, like a room’s architectural features – doorways, foundations, walls, hex-shaped floor tiles, and so on – as well as lighting, decorations, and things like clutter you’ll see scattered around. Each element is handled by its own generation procedure in Apparance. The tool helped bring the “complex and dynamic” nature of Gloomhaven to life, such as by turning scene assets into placed objects in the game.

Swain gives a live demonstration of the plugin in-engine at the conference, in which he shows the various capabilities and procedures in action. Through a node-based editor there are many layers of control devs can have over assets in a scene, and Swain demonstrates how the tool lets you do things like procedurally generate hex tile styles, placements, and angles, for example, just by tinkering with some parameters in the editor. Similarly, walls, little ‘clutter’ scenes, and even detailed objects like bookcases can be iterated rapidly just by interactively whipping through the plugin’s options, with the ability to see and check the results on the go. The scenes are brought together with a complex web of editable nodes denoting each of their features in the plugin. 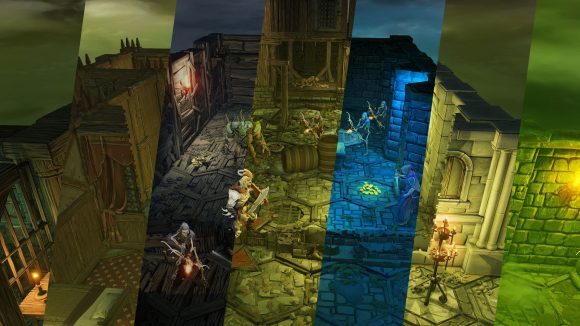 “The pipeline for building the maps in Gloomhaven is a hybrid of configuration data, code, data driven procedures, and artist-created content palettes, each chosen according to their strengths and the constraints and requirements of each part of the process,” Swain explains on the tool’s site. “The scenario design, map layout, and map tile analysis is all performed in code, written by the gameplay team according to the game’s requirements for mission structure and gameplay rules. After the map tile analysis stage, these layouts were turned into the actual placed meshes and prefabs that form the environment the game plays out in. Apparance is responsible for turning the room and wall positions and their styling into placed scenery prefabs.”

If you’re keen to find out more about how Apparance works and how it was used to help bring Gloomhaven to life on PC, you can head to the tool’s site at that link for more. If you’d like to check out the game itself now it’s out of Early Access, you can head to Steam here.