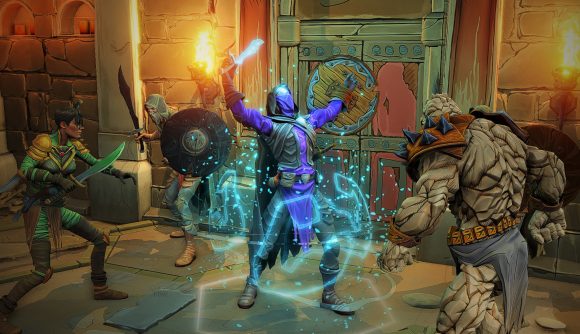 One of the biggest and best tabletop games around is getting a proper tabletop adaptation, and now we finally know what the digital version of Gloomhaven will look like in action. The game hits Steam Early Access on July 17, and now – just a few weeks before that early launch – we’ve got a proper trailer showcasing Gloomhaven.

It’s got a clean, attractive art style – gently stylized, with just enough realism to maintain a sense of atmosphere. The trailer shows off a bit of the four Gloomhaven character classes that’ll be available at launch, a taste of combat, and some of the enemies you’ll do battle with in the game’s dungeons. Publisher Asmodee digital has already offered a much more extensive look at gameplay with a four-hour stream a few weeks ago, so if you need more detail you can get it there.

At the outset of Early Access, Gloomhaven will be focused on a roguelike mode new to the digital edition. Features like the full campaign and multiplayer will be coming further down the line in development, but will be in place before the game hits 1.0.

There’s no word yet on price, but expect those details closer to launch.

You can check out the full trailer above.

Tabletop Gloomhaven was $4.4 million Kickstarter success story, and BoardGameGeek currently ranks it the top board game of all time. Hopefully, the digital conversion will meet with similar success.