God of War is, of course, a PS4 game. It’s another one of those pesky console exclusives that we’ll never see grace our Steam libraries. Or Epic Store libraries. Or UPla… er, you get the idea. But that’s no reason to give up on the dream. Sony fans may have Kratos’s journey to savour, but there are plenty of games on PC that offer similar experiences to the God of War series.

Games such as God of Warface, God of Warframe, God of War Thunder, and that old classic, Total God of War. Ok, we made those ones up (but God of War director Cory Barlog really did cheekily suggest an Assassin’s Creed crossover recently).

Until any of the above happen, however, this selection of blood-soaked adventures should keep you entertained – even if none of them specifically simulate disciplining an unruly child. If that’s the specific experience you’re after, we recommend you hold out for Heavy Rain’s Epic Store debut.

Can you play God of War on PC?

If you’re happy with just brutal combat and wanderlust, then try some of these. 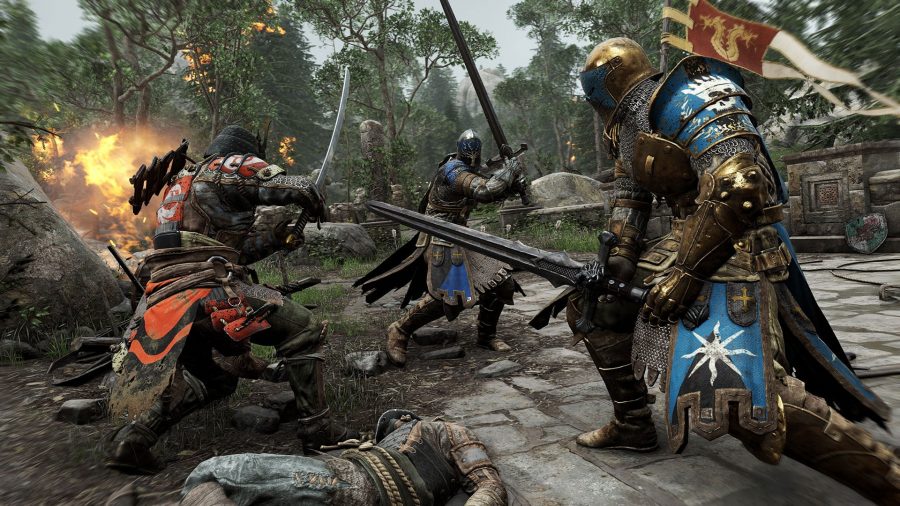 God of War trades the series’ traditional hack-and-slash gameplay for much heavier third-person brawling. But we’ve had something like that for a while now: Ubisoft’s For Honor. This ambitious knights-versus-vikings-versus-samurai fever dream features detailed fight mechanics that emphasise the precision skills of sword combat.

More honour? Here are the best samurai games on PC

It’s primarily a multiplayer game, but has a story campaign overflowing with decapitations, impalement, and crushed skulls. Playing as various characters from the three factions, you face off against the armies of the absurdly named Apollyon as she attempts to encourage an unwinnable, everlasting war. This almost certainly means there’s no time to have babies, so an analogue of God of War’s new child sidekick is absolutely nowhere to be seen. There’s no glory in babysitting, after all. 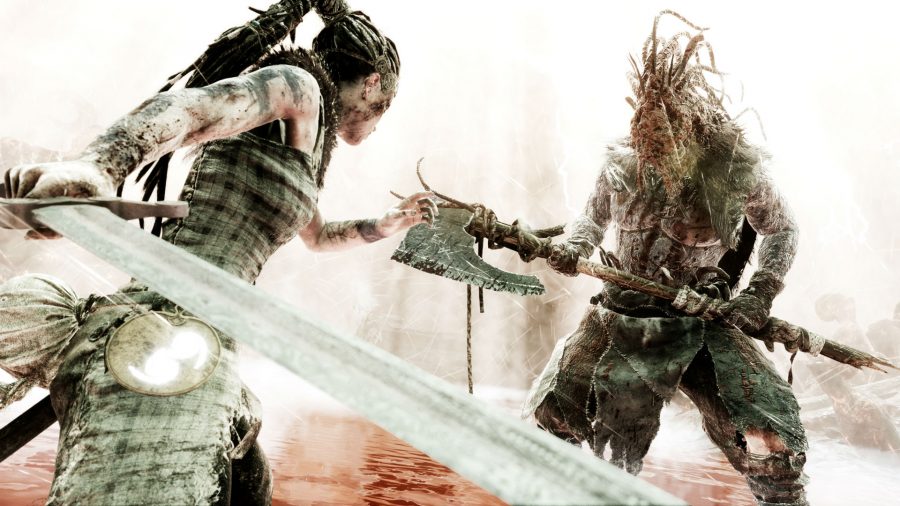 In the new God of War, Kratos has run out of Greek gods to brutally decimate, and so he’s moved onto the Norse pantheon. If you’re into Vikings and snow, then, you need to take a look at Hellblade – Ninja Theory’s multiple award-winning Nordic-inspired tragedy.

Temporary measure: Does Hellblade have permadeath?

The latest God of War is all gritty and serious but it’s got nothing on Hellblade. Protagonist Senua is locked in a perpetual battle with psychosis and you have to help her through it. Voices in her head aim to deter both her and you at every step of her journey. This makes her quest to rescue the soul of her lover from the goddess Hela all the more haunting.

On the way you fight a ghastly range of otherworldly creatures, solve puzzles, and hold back the curse that threatens to murder Senua from the inside. Yup, it’s heavy stuff. As heavy as Mjolnir, Thor’s hammer, in fact. 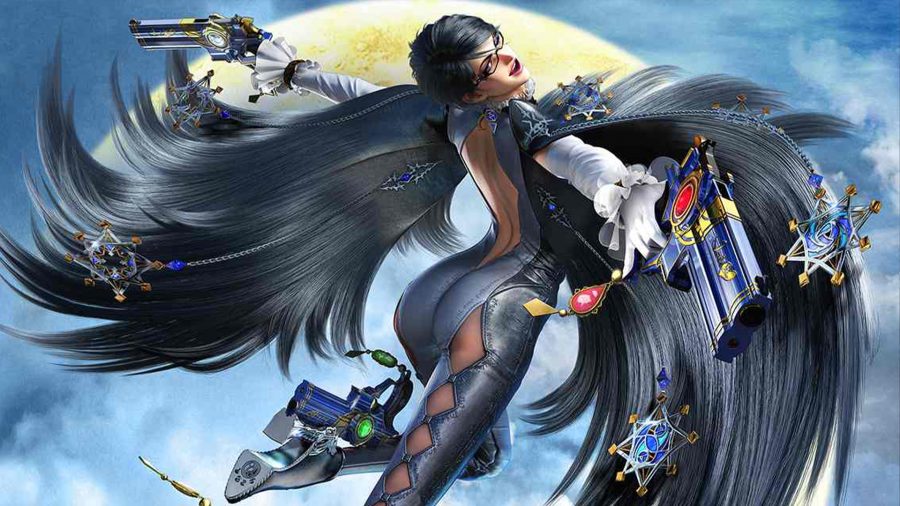 The original God of War games are widely considered some of the best hack-and-slash games. But do you know who does hack-and-slash really, really well? Platinum Games. Bayonetta is considered the peak of hyper-paced violence in games and the best version of it can be found on Steam. With a silky smooth 60fps and HD visuals sharper than any of Kratos’s blades, you can admire Bayonetta’s gothic and grotesque aesthetic in all its feathery glory on PC.

The titular protagonist is a witch capable of using her hair to summon demons. Yes, if you thought God of War’s deity-battering plot was bananas you will find that it’s logically sound compared to Bayonetta. The story draws inspiration from Dante’s Divine Comedy, sending Bayonetta on a journey through various hellish realms. On the way, she spends much of her time shooting angels in the face using guns that she keeps in her high-heel shoes. No, we’re not making any of this up, and yes, it really is as good as it sounds. 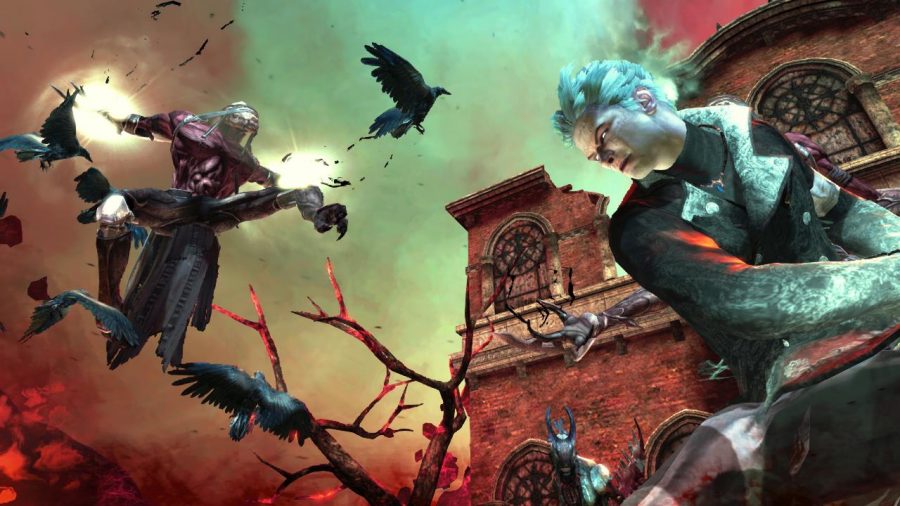 God of War was originally created to prove that Western developers could do combat as well as Japanese studios. At the time, the most coveted of Japan’s slick combat systems could be found in Devil May Cry. Several years later another Western studio decided to try their hands at Japanese-style combat, but this time they’d take much more than inspiration from Devil May Cry. British studio Ninja Theory made DmC (yes, the Hellblade people), a distinctly non-Eastern version of Dante’s story, but with just as much flair as Capcom’s original.

Better the devil you know: Read our Devil May Cry 5 review, too

In this version, Dante is transformed from impossibly cool demon slayer to a punk youth brimming with attitude. Rather than a story constructed from melodrama, DmC’s plot appears to take a dose of hallucinogens from the moment you select ‘Start’ on the main menu. This may sound like a recipe for disaster, but DmC’s unique style and incredibly punchy combat combine to create one of the greatest hack-and-slash games of the previous generation. Looks like Western studios really can match Japan at their own game.

Rise of the Tomb Raider

In Rise of the Tomb Raider, the sequel to the 2013 reboot of the series, Lara starts off her journey on a treacherous climb up a steep and snowy mountain. Snow. Like in God of War’s new Nordic landscapes? Yes, that kind of snow. Anyway, an avalanche nearly causes her to fall to her death, but that’s the least of her problems.

Lara goes on the hunt for the Divine Source – something her father was seeking before he died in his quest for immortality. See, there’s a dad in this game too! And he’s dead, just like Kratos’s wife! It’s practically the same game, see.

Something else Rise of the Tomb Raider does that is similar to 2018’s God of War is give you hub areas, where you can set up a camp and easily backtrack to places you’ve ventured to before, allowing for deeper exploration after you’ve gained better equipment. See, it is like the new God of War. Just because it’s got guns doesn’t mean they’re worlds apart.

This feature was co-authored by Matt Purslow and Ben Maxwell