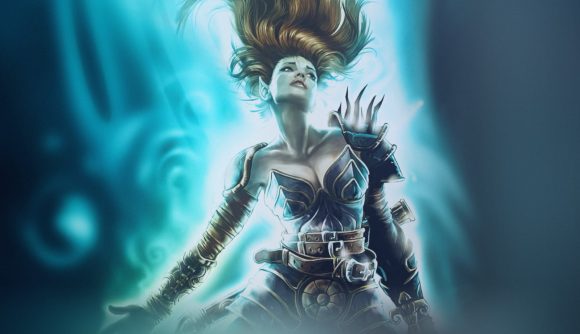 GOG was once at the forefront of making retro PC gaming legally available to the masses, but over the years the store has focused more and more on modern games and features to compete with the likes of Steam. Now, the folks running the store want to return it to its roots: a service focused on good old games.

“Originally, GOG stood for Good Old Games,” the company says in a new blog post. “The idea for the company was born from the wish to play older games in a legal and easy-to-use way. As the classic games hold a special place in our heart, we’d like to devote more attention to highlighting them. It means that our goal is for GOG to become, once again, the best place for the classic PC games.”

You can look to the recent release of The Wheel of Time for an idea of what this means in practical terms. The 1999 adaptation of Robert Jordan’s novel series got a gentle remaster courtesy of GOG and Nightdive Studios, updated to run at modern resolutions on modern computers.

Getting licensholders to agree on a modern re-release of a forgotten game is no easy task (just think about No One Lives Forever), nor is getting those games running on modern machines. GOG’s not slowing down with that work. The company is continuing to work with developers behind emulators like DOSBox to get custom software running these games at their best, and partnering with the folks at the Video Game History Foundation to ensure that things like guides, manuals, and maps are preserved alongside the games.

For now, GOG’s adding a curated list of “Good Old Games” representing 500 of the most essential classics PC gaming has to offer.