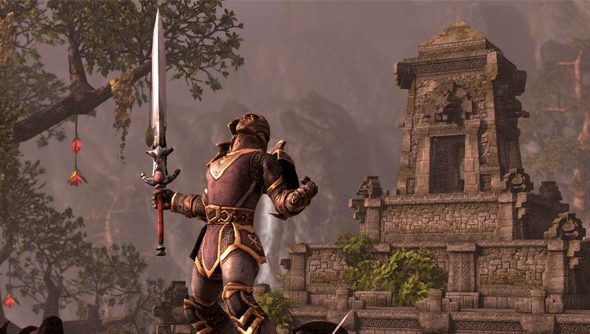 The 2012 Golden Joystick winners have been announced, with Skyrim staggering off under the weight of three awards, including Ultimate Game of the Year and Top Gaming Moment. Here’s Jeremy and I rounding up of all the PC and cross-platform winners, plus our reflections on their success.


This is still my go-to multiplayer game. It’s pushed first-person
shooters aside and replaced them with great, greasy, grimy metal giants,
which are much more fun to rumble around with. I’m glad to see
Wargaming win this and I’m always keeping a keen eye on whatever they’re
riveting together for the next update.

Jeremy: This is Wargaming’s dirty great boot in the door. I can’t wait to see what happens when they start to sew their games together. Paul:
Pff. I suppose this was a given, in light of how enormously popular
Battlefield has become. I’m still not sure it’s as much fun as Team
Fortress 2 and it’s always felt a bit sterile to me, but I suppose folks
want their shooters all serious nowadays. That said, I had a pretty
good time playing Aftermath the other day and I think Battlefield fans are going to really enjoy what it brings to their game.

Jeremy:
It’s worth noting, too, that Battlefield has been on shelves since last
Christmas. In an age when big multiplayer shooters can have a half-life
of a month or less and empty servers before their first birthday, the
fact that players still want to tell everyone about Battlefield is
testament to just how good it is.

Jeremy: This won’t be the Firaxis release we remember 2012 for, of course.

Paul: That’s true. It’s lovely to see XCOM excite
gamers on all platforms. I feel like XCOM is a story of the PC
introducing the other platforms to the wonders of strategy gaming, and
we all get to hug and hold hands, but I’m sure it came out too late to
affect the voting. Jeremy: Skyrim was definitely my best something this year, but I’m not even sure I’d call The Elder Scrolls
an RPG series anymore. It has less and less in common with Dragon Age
or The Witcher and more that puts me in mind of Deus Ex or Dishonored. No bad thing, natch.

Paul:
FIFA wins again, just like last year and the year before, while
Football Manager 2012 was left out in the cold. In spite of how enormous
Football Manager is, I can see FIFA’s cross-platform audience trouncing
it every time. Surely that’s a bit of shame.

Jeremy: It is. Though maybe FM13’s Classic Mode
will see its numbers tipped in the right direction. FIFA doesn’t so
much simulate football as the act of watching it on TV, with a little
agency sprinkled on top. I will say this for it: since playing it, I’ve
found telly matches more palatable. I think that’s what they call
gamification.

Jeremy:
The idea that we all might have shared any one moment in Skyrim seems a
bit funny to me. My favourite Skyrim moment emerged during a sudden
dragon attack as I led a stray goat back to its home village. Would be
surprised if anybody else remembers that. Paul:
Yogscast is everywhere now. I can’t move for videos of the Yogscasters
being very silly with videogames and, I’ve got to say, sometimes
introducing a welcome dose of nonsense to the often po-faced world of
games journalism.

Jeremy:
Silly is to be celebrated, and Yogscast have championed a side to
Minecraft Notch could never have foreseen, let alone overseen. For that
they deserve all sorts of nice things.

Jeremy:
It’s telling that the DLC release players vote for isn’t some
intricately-designed story-driven add-on, but better tools for the
community to make their own stuff. It’s the question that still beats at
the heart of PC gaming: Why give us a few extra weapons and a map or
two when you can let the fans create whatever they like?

Paul:
Without even thinking, I was about to write “This is a triumph,” here.
But I stand by that, and you’re absolutely right that this is as more
about potential than anything. The voters have shown how much they love
that. Paul:
Whether or not you’re a fan of the monolithic megapublisher, you can’t
deny that their contribution to gaming has been enormous, even if only
in terms of size or the longevity of some of their gaming series. While
not everything they do is original, or pushing at the boundaries of
gaming, they’ve still brought a lot of fun to a lot of people over the
years.

Jeremy: Not bad for the Worst Company in America.

One To Watch: Grand Theft Auto 5

Paul: In all honesty, I’m not really sure we need anyone to tell us that this is a game to watch out for. Although there’s not much to be watching out for right now.

Jeremy:
I think my mum would be insulted to have GTA pointed out to her as a
horse to bet on, frankly. Still, the little we’ve seen so far suggests
those Scots at Rockstar haven’t lost their eye for America’s most
lampoon-able faults. And they’re squinting hardest at the money; the
richest and the poorest. That might make this GTA the most vital in a
while.

Ultimate Game of the Year: The Elder Scrolls 5: Skyrim

Jeremy:
Among the crowd that dubs Dishonored and its genre-mates ‘immersive
sims’, it’s often said that Thief was minimalist, Deus Ex maximalist. If
that’s true, we need a new scale to measure Skyrim’s approach to
design. “We’ll do it all!”, a frothing, clearly mental Todd Howard must
have said in about 2007. “We’ll go wide, and we’ll go deeper too.” And,
gosh! They did.

Thanks to The Average Gamer and VG24/7.