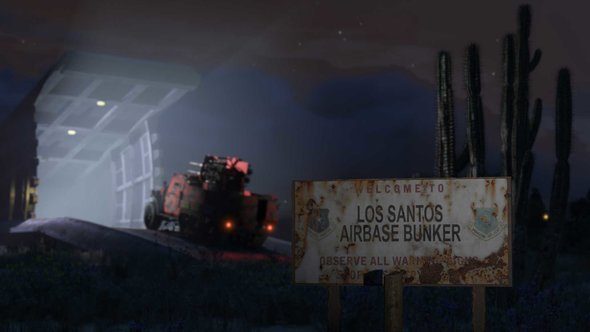 A massive update is coming for GTA 5’s online mode which will let you become a part of the shady weapons trafficking industry in San Andreas. The Gunrunning update brings new opportunities “in a highly lucrative and equally malicious network hidden underground, ripe for takeover by the VIPs, CEOs, and Biker bosses of Los Santos and Blaine County.”

Get your shovels out because there are loads of great sandbox games on the PC.

This update will center around the addition of bunkers, a new type of property from which players can manage their dodgy business ventures. Dotted around the city will be hatches, which can be purchased from the bank. They’ll lead to sprawling underground structures full of military-grade equipment and highly sought after offensive and defensive technologies. These can be played with or sold to the highest bidder for a tidy profit. We can also expect the update to bring new vehicles with it, including a weaponised Tampa and an all-terrain APC vehicle.