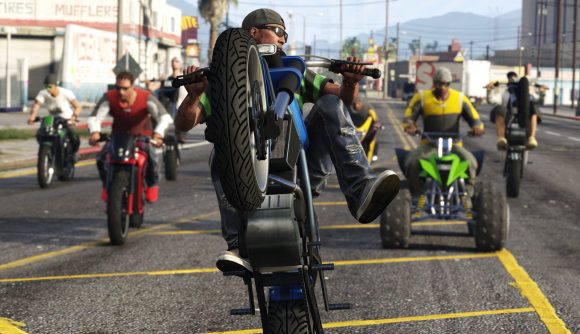 A renowned GTA V roleplaying server known as NoPixel has had to close its inbox to applications for new members. The decision came after the owners accrued a backlog of some 4,000 applicants that eventually lead to technical issues on its website.

The server has grown in popularity since the rise in GTA RP on Twitch, where streamers share their alternative lives with their audiences. As a result, the site has received a flood of applicants who are eager for the chance to hang out with their favourite streamers in-game. Though it’s down for now, NoPixel has assured fans its website and application process should be up-and-running once they’re back in “full swing” with applications.

Applicants to NoPixel must fill out a “Civilian Application” form before they will even be considered as one of the 32-players on the server. That’s right, just one server for all those applicants – so chances of getting on aren’t looking good for many of us for a while. Donators to NoPixel have prioritised applications, however, which could be worth bearing in mind if you’re eager to roleplay on this exclusive stage.

NoPixel has played host to some of the more bizarre moments in GTA Online history, including a talent show and a series of intricately organised (but wholly fictitious) drug deals. Its success, in part, is due to its custom map and assets, which allow for even wackier play styles and roleplaying tailored in-game.

NoPixel isn’t the only dedicated server of its kind, however, and those of you eager to live out your alternate life on the mean streets of San Andreas can find less busy options elsewhere.