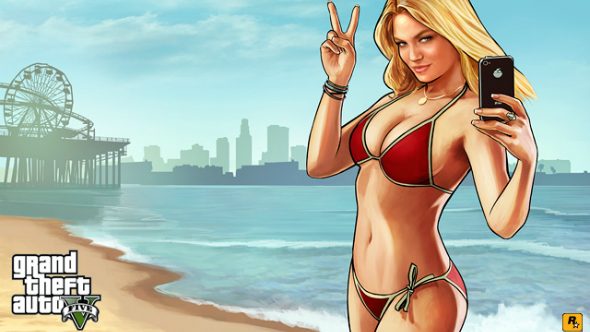 A judge has ruled in favour of Rockstar in the Lindsay Lohan lawsuit today, throwing the case out and opening it up to appeal from the actor.

Read more: keep an eye on new releases with our list of upcoming PC games.

Filed in 2014, Lohan’s lawsuit against Rockstar parent company Take-Two Interactive claimed that a character in GTA V was an “unequivocal” reference to her. The actress said her image was used without her permission.

A preliminary victory came to Lohan earlier this year when Take-Two’s motion to dismiss the case was denied. The image above is the source of the complaint.

Today, however, the case was thrown out thanks to protections in America’s First Amendment. A similar casefrom the daughter of a mob boss, Karen Gravano, was also thrown out.

“Even if we accept plaintiffs’ contentions that the videogame depictions are close enough to be considered representations of the respective plaintiffs, plaintiffs’ claims should be dismissed because this videogame does not fall under the statutory definitions of ‘advertising’ or ‘trade’.”

The ruling concludes that GTA 5’s “unique story, characters, dialogue, and environment, combined with the player’s ability to choose how to proceed in the game” proves that it’s a work of fiction and satire.

It’s now up to Lohan to appeal the ruling.