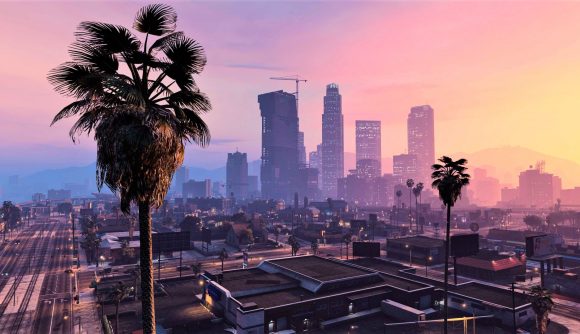 Rockstar Games has confirmed that the “next entry in the Grand Theft Auto series is well underway”. While the news is surely unsurprising given both the series’ longevity so far and the astonishing success of 2013’s Grand Theft Auto V – which, as of November 2021, has sold 155 million copies – it does mean we now have official confirmation that the next GTA is in the works, whatever it might be.

“With the unprecedented longevity of GTA V, we know many of you have been asking us about a new entry in the Grand Theft Auto series,” Rockstar says in a new Newswire post. “With every new project we embark on, our goal is always to significantly move beyond what we have previously delivered — and we are pleased to confirm that active development for the next entry in the Grand Theft Auto series is well underway.”

While there are no details beyond this on what the game is, exactly, the studio adds that it looks forward to “sharing more as soon as we are ready, so please stay tuned to the Rockstar Newswire for official details”.

Many are no doubt excited at the prospect of a Grand Theft Auto 6 on the horizon – that is, some kind of fully fledged new installment rather than a spin-off or remaster – but it’s important to note that the studio hasn’t confirmed what the next installment will be just yet. However, with the blog post noting the aim to move “significantly move beyond what we have previously delivered”, it certainly sounds possible that it’s a major new game, possibly on the scale of – or even beyond – GTA V.

Many of you have been asking about a new entry in the Grand Theft Auto series.

With every new project, our goal is always to significantly move beyond what we've previously delivered. We're pleased to confirm that active development for the next entry in the series is underway.

For now, we’ll just have to sit tight and wait for more details to arrive. But, with nearly seven years having passed since the game came to our home platform (nine this September since it first hit the PlayStation 3 and Xbox 360-era consoles), it’s certainly exciting to hear the next GTA is “well underway”. Here’s hoping we won’t have to wait too long to hear more.