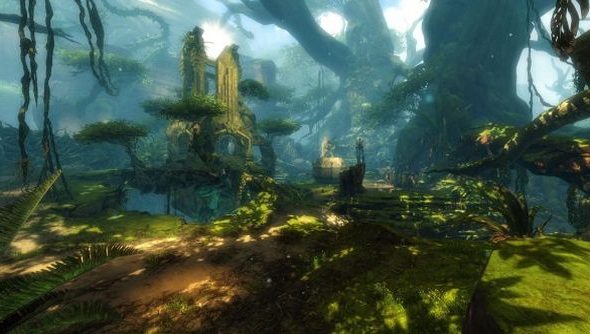 ArenaNet have announced the dates for the Guild Wars 2: Heart of Thorns closed beta test. It’ll be open to any players who were lucky to find a special in-game item during a special event, and also to some randomly selected players who’ve signed up to the Guild Wars 2 newsletter.

We’ve got the times of the beta test below, as well as what participants can expect to be involved with.

Players who get into the closed beta will be some of the first in the world to try out the brand new profession: the Revenant.

“The upcoming closed beta will help us test the stability of our new PvE outpost-event content structure.” said ArenaNet. “Participants will be able to use a revenant—or any of the existing eight professions—to play a small amount of expansion story content, followed by two beta versions of outposts and their corresponding adventures in part of the Verdant Brink map. An early, partially completed version of the day/night cycle meta-event experience from Verdant Brink will also be available.”

The testing day of May 26th will be split into two hour chunks, so that players can take a break in between.

Also, there’s no NDA on any of the closed beta content, so even if you’re not selected, you can expect to see it streamed live over on Twitch.