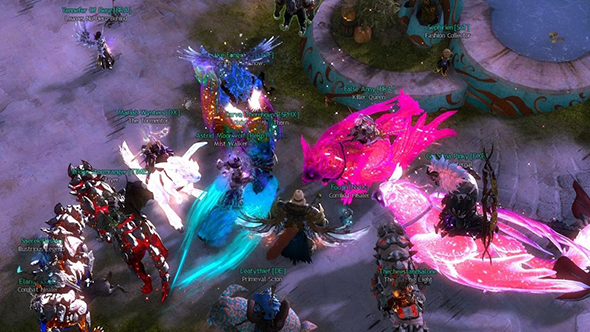 Guild Wars 2 released a new expansion with a big focus on mounts not long ago, and it’s living up to the “Fashion Wars” nickname with a host of new skins for your furry or scaly companion of choice. But the specifics of these skins, from their look to the way they’ve been rolled out in-game, have fired up some significant contention from the GW faithful.

31 new skins were released for the game’s mounts today, and it’s an expensive proposition to start collecting them. One of those is available for 2000 gems – which can be purchased for $25 USD – and the rest are available only in 400 gem loot boxes – $5 each.

Gems can be gotten with in-game gold in addition to real money, but it would take some significant effort to pull in the gold necessary to get a 1-in-30 shot at the skin you actually want. Plus, Guild Wars’ gem currency is tied to an exchange rate that fluctuates with demand, which means that the new interest in gems has made it more expensive to trade for them with gold.

But while some players are outraged at the cost of acquiring these skins, others are far more upset at their gaudy, garish appearance. We’re talking about massive, glowing, neon pink animals here, and it has players of a traditionally fashion forward MMO looking for an option to disable seeing others’ cosmetics.

The real crux of the issue is simply that it’s gotten more expensive to get items in the game over time, and bringing in the ever controversial randomness of loot boxes has just added fuel to the fire.