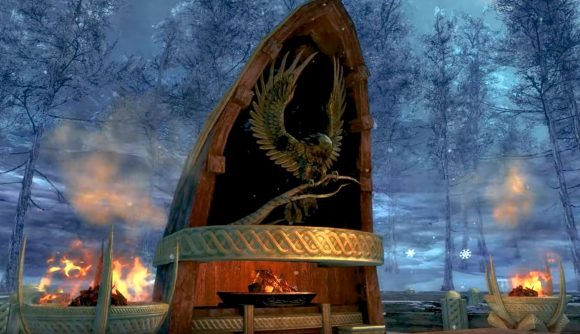 Well, Guild Wars 2 fans, the Icebrood Saga continues. The first episode of ArenaNet’s MMORPG has concluded, which means it’s time to usher in The Icebrood Saga Episode 2: Shadow in the Ice – and there’s plenty to get excited about. With a new area of the Bjora Marches zone to explore, mastery tiers, a bunch of rewards, activities, and of course, a brand new Strike Mission included, episode two looks set to bring a fantastically frosty new adventure to get stuck into. N-ice.

Episode 2 of the Saga brings players to the western half of the Bjora Marches, nestled in the mountains of the Far Shiverpeaks (the setting of the first Episode). You might have thought the malevolent whispers of Jormag, Elder Dragon of Ice and Persuasion, were dealt with – but that’s not the case. You have to head through a door in the mountains to the west and confront Drakkar – the conduit for Jormag’s whispers in the area.

You can get a look at the new map area in the trailer below (as well as a look at Icebrood champion Drakkar himself). It’s huge; the devs saying that for the first time in a while they’re revisiting an existing Guild Wars 2 map and “expanding it dramatically”, having nearly doubled its size from the original version. In addition, the team explains it’s added a bunch of new secrets – unlockable with new masteries – to the previous Episode’s areas so you’ll have reason to head back there, too.

As well as tough world boss Drakkar you’ll discover the Trials of Koda in the area, with various map events to sink your teeth into. For example, there’s a Champion event, which features extra objectives and sees you take down attacking ‘unstable’ spirits as you try to survive an icy tornado drawing you ever closer, threatening to suck you inside, as well as offshoot twisters that race around. Get hit by one of those and you’ll freeze. Gulp.

Remember those Raven gates you might have seen scattered around? Episode 2 lets you enter them as part of the Raven mastery line and they’re packed with new dungeons and puzzles to complete. 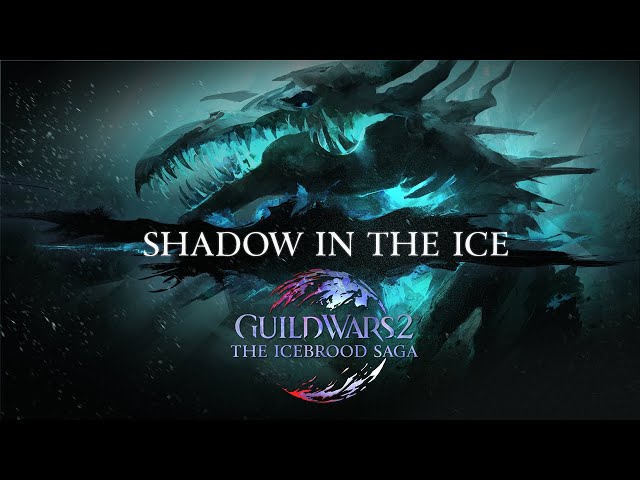 Tying into this are the new rewards, with a shiny new Raven armour set. It was previously only seen on NPCs in the game but now you’ll be able to grab a slightly tweaked version for yourself. Best of all, following player requests, the devs have made the set look the same across all the armour classes so you can mix-and-match your look.

Plus, there are rewards like third tier upgrade Illuminated Boreal weapons, Boneskinner weapons inspired by the Strike Mission boss (remember him?) to give your character a more necromancer-type spin, and even the previously-defeated Ice Golem’s head. You can wear this to strike some fear into your foes.

There are also three shrines dedicated to the three lost Norn spirits of the wild – the ox, eagle, and wolverine. Each shrine features a unique event; the spirits have been corrupted – and you’ll have to defeat them. The event challenges evolve as you progress through them.

There’s another Strike Mission this time, too, but the devs aren’t revealing much about this just yet beyond what you can see in the trailer. Expect the Mission, Face the Whispers, to be a challenge – and to reveal some interesting story developments.

That’s not all: there’s a fun activity where you get to go ice fishing and chuck the poor defeated tuna into buckets, there’s all-new music to listen to in-game, and more to discover, too. Phew.

The Icebrood Saga Episode 2: is live right now – so go get stuck in. Drakkar awaits.