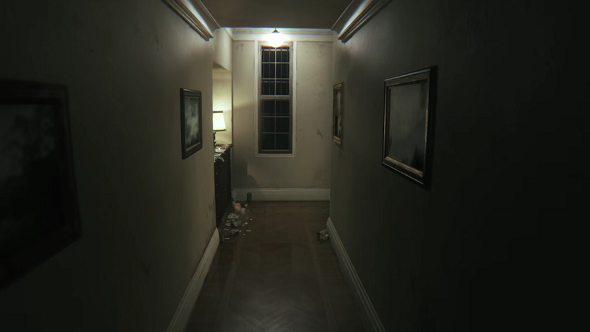 Death Stranding got a second trailer during The Game Awards last night, showing off more of the mysterious project Kojima Productions have been working on since Metal Gear Solid creator Hideo Kojima split from Konami. That split happened just after the release of P.T., the playable teaser for Silent Hills – a horror game headed up by Kojima in collaboration with famed movie director Guillermo Del Toro, and featuring Norman Reedus from The Walking Dead in its lead role.

Check our list of upcoming PC games if you want to keep up.

Norman Reedus showed up in the first trailer for Death Stranding, and now Del Toro has appeared as an in-game character in the second trailer, along with Hannibal actor Mads Mikkelsen. It seems the gang is back together, then, even if the game looks like a completely different project to Silent Hills, and Del Toro has slipped into some kind of cameo role instead of full on collaborator.

While Death Stranding looks interesting, it’s still a huge shame that Silent Hills will never see the light of day, and it seems some of the people who worked on that project feel the same way.

On his Instagram account earlier this year, Norman Reedus shared a photoshop of Hideo Kojima drinking from a cup labelled “Konami tears”, and now Del Toro is jumping on the Konami hate force.

Konami cancelling SH after PT is one of the most moronic things I've ever witnessed.

In a separate tweet, the film director also said, “F**K KONAMI“, and he immediately followed that up with a “VIVA KOJIMA“, congratulating the game designer on his Industry Icon award.

It hasn’t been a good couple of days for Konami’s PR team, by the looks of it.

Yesterday, before the awards show, presenter Geoff Keighley also claimed that Konami locked Kojima in a room on a separate floor for the last six months of Metal Gear Solid V’s development. Keighley then gave this emotional speech during the show: