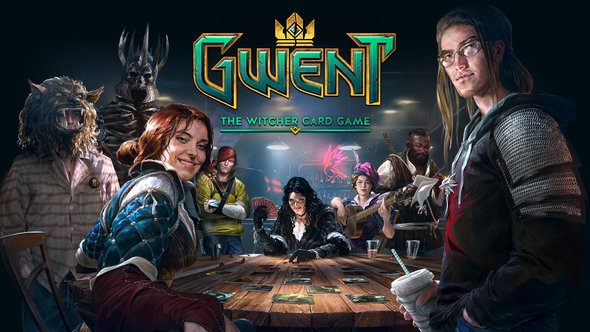 Gwent, the competitive card game based on a popular minigame from The Witcher 3, recently went into open beta. It was accompanied by a trailer that somehow manages to make card games look sexy (above) and a more in-depth gameplay trailer (below). As a free-to-play card battler, it’ll be competing with the likes of Elder Scrolls: Legends, HEX: Shards of Fate and Hearthstone in a market that has seen a jump in variety over the last couple of years. It’s a bold move from CD Projekt Red, who are still enjoying massive sales of the Witcher franchise’s third installment.

What will ultimately set Gwent apart from its competitors is the uniqueness of its rows and weather mechanics, as well as the proposed 10-hour single-player campaigns, which CD Projekt Red intend to release periodically. If the gameplay trailer is anything to go by, they look to be some sort of isometric RPG aimed at giving the player a chance to pick up more cards, whilst enjoying some good old Witcher lore. The campaign is certainly the most intriguing element of Gwent, given that it appears to rely less on any actual card mechanics and more on combining storytelling with the addictive nature of deck-building.

Gwent is free, so head on over to the website and give it a go.