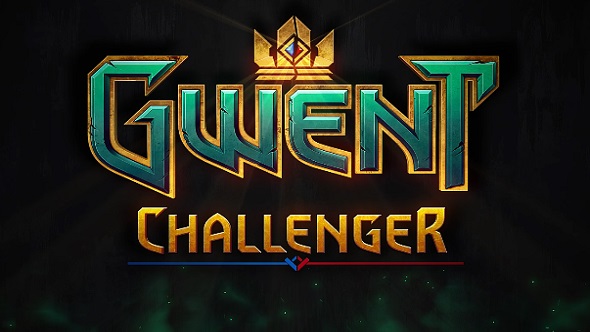 After several tense games, some devastating misplays and plenty of NotLikeThis emote spam in the Twitch chat, G2 Esports’ Lifecoach was declared the winner of the first ever Gwent Challenger event. Going all the way to game five against Complexity’s Noxious, Lifecoach was able to hold his nerve and come out with a win and the $60,000 grand prize.

If you’re looking to get into Gwent, here are some of the best beginner decks.

The response to this first Challenger event has been overwhelmingly positive, with Gwent fans praising the quality of the matches on show, as well as the production values of the event. The Gwent Challenger was able to reach the top row on Twitch during the finals, rivalling juggernauts like Hearthstone, World of Warcraft and Dota 2.

Details on the open beta are set to come next week so if you were inspired to pick up Gwent after watching the finals, you won’t have to wait long to start playing. If you miss the tournament and want to catch up, the entire finals are available in the Twitch VOD below.

Original story May 13, 2017: With the Gwent Challenger event happening today, you may be wondering how the competitive format works for this collectible card game. Well wonder no longer, as CD Projekt RED have released a special primer, telling spectators exactly how this format works.

Similar to Hearthstone, competitive Gwent has players constructing four decks from the game’s five different factions, being Nilfgaardian Empire, Northern Realms, Scoia’tael, Monsters and Skellige. Players get to ban an enemy’s deck in secret before the start of each game. From there, players then choose from the remaining three decks to play.

Once you’ve won with one deck, it cannot be played again so it pays to not waste your most powerful or most gimmicky deck first. Matches are best of five, so players have to win with three of their four decks in order to move onto the next round. The actual Challenger tournament itself is single-elimination, so losing one match means you’re potentially out of the running for a share of that $100,000 prize pool.

The event is currently live at time of writing, so tune in over at the official CD Projekt RED Twitch channel to see who will win the first ever Gwent Challenger event.

While the registration for the Gwent closed beta may have just finished, news on the Gwent open beta is set to be announced next week, so stay tuned for more information if you missed out on this round of testing.