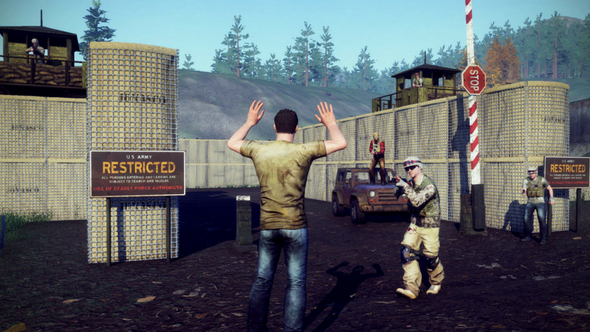 H1Z1 has just received an update that brings team scoring, leaderboards, and various other augments to the game.

Want to practice your aim? This list of top PC shooters should sort you out.

Going forward, players will receive scores for themselves and their teammates in duos and fives whenever they get a kill or assist. Points are also rewarded if a full team happens to be eliminated from a match, and they’re displayed at the end of a match for everyone to see.

The new “dynamic gas ring” system will also ensure matches can end in various locations acrosss maps to ensure players are battling across the entire land mass rather than huddling in one little area, and the spawn system has been altered to that end as well.

Improvements have been made to the UI in terms of finding recently grouped players, group leaders, and keeping players together in newly-formed groups. You’ll also be able to use a new tab when looking for Skirmishes and other special events, such as “Pleasant Valley Nightmare,” which is playable on the weekends.

New points of interest, like Ponyvale Equestrian Estates, Emerald Hydra, Site 7, and Coy’s Car Salvage have been added as well as vehicle refinements and a smattering of other updates. If you’re an avid player, there’s lots to look forward to.