Roguelikes aren’t exactly known for their linearity. Their procedurally generated nature makes for a different experience each time you boot one up, meaning you shouldn’t expect a traditional story. That Supergiant Games would explore this genre for Hades when its previous three releases were somewhat more traditional was a bold choice. But after almost two years in early access, the studio has set a new precedent – both for itself and for roguelikes as a whole.

You play as Zagreus, the son of the eponymous god of the underworld who has grown so tired of his father that he decides to attempt the impossible: escape, wreaking havoc throughout hell as he goes. Inspired by Greek mythology, known Olympian figures such as Zeus, Aphrodite, and Poseidon provide aid to their nephew as you cut through dozens of enemies across Tartarus and beyond.

The core loop is simple: you begin at the very bottom and need to get all the way to the surface. It’s an odyssey that will take you through four different regions, each containing several rooms, and as is customary in the genre, elements like layout, rewards, and enemy placement are ever changing. As straightforward as it sounds, it’s far from an easy task, and you’ll be sent back to dad by a lethal strike soon enough. That’s when I witness the first of many moments that set Hades apart: hearing Zagreus say “you again?” as I stumble upon the enemy that had just killed him.

Everything starts to click from there, and the journey becomes something more personal. Moments like these are ever present, making the act of repetition an innately exciting idea. Each of your actions along the way is remembered, leaving a mark on other characters and the (under)world, and producing emergent stories with every run. These range from small events, such as exchanging banter with bosses after dozens of smackdowns, but you can also learn more about your relatives or even reunite old friends. It all feels surprisingly natural, to the point where I don’t remember having the same conversation with anyone twice, even after 50 hours of playtime. 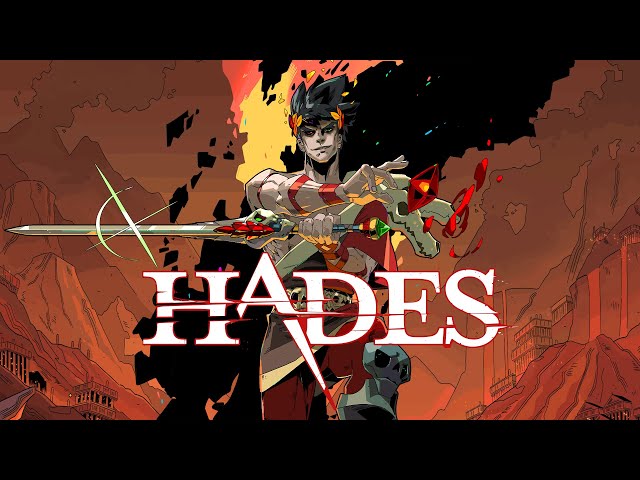 It never gets in the way of the top-down action, either. Supergiant understands that the genre’s appeal comes from a solid gameplay foundation and engaging progression elements, and storytelling is there only to reinforce this loop with a purpose. Unusually for a roguelike, there are no alternate characters or classes to choose from, so instead it’s the weapons that take the starring role.

Hades’ experience is highly customisable, ensuring easy access for both newcomers and veterans of the genre alike. God Mode will make you stronger each time you die, while the Pact of Punishment lets you tweak dozens of variables to make encounters as tough and unpredictable as you’d desire, granting increasingly powerful rewards to upgrade Zagreus and his weapons.

They all have their unique flavour. You can rack up a flurry of blows with the Twin Fists and finish it with an uppercut, bash enemies against walls for extra damage using the Shield of Chaos, or just shoot everything on sight with the Adamant Rail. But these are just their basic forms. Boons, which are blessings from your aunts and uncles, can unlock your arsenal’s potential and are another reason that every run will feel different. You might end up almost impervious to damage with a boon that lets you deflect attacks every time you dodge towards them, while your special afflicts enemies with a crippling hangover (surely the cruellest special attack in games) dealing damage over time, and your cast (throwable projectiles that attach to foes) becomes a seeking arrow with a high chance of critical damage.

All of these abilities can be upgraded from basic to legendary, and you get to choose between three options at each tier, so you’ll never be wholly disappointed with your build. Some of these options have the power to change your weapon’s attacks, completely altering a run. My personal favourite is Duo Boons, which blends two different blessings, often with game-breaking results. Over time, you’ll also obtain godly trinkets that provide passive abilities. 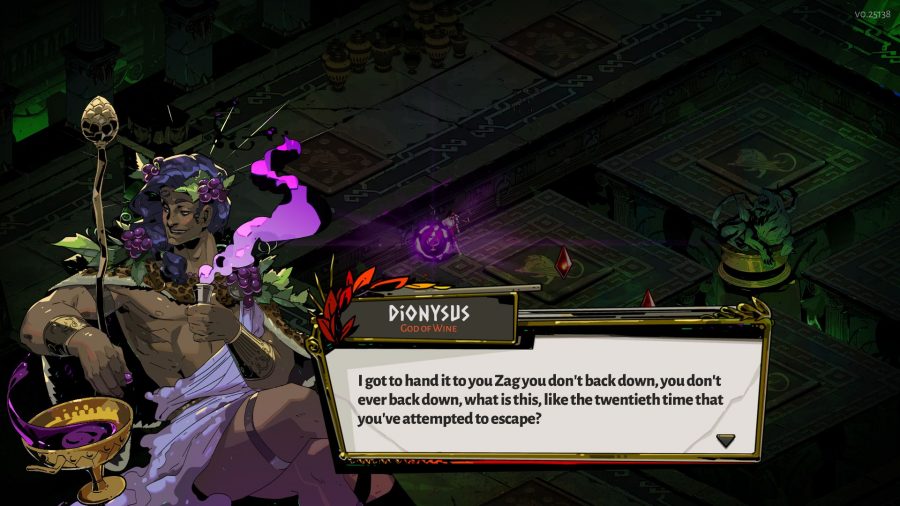 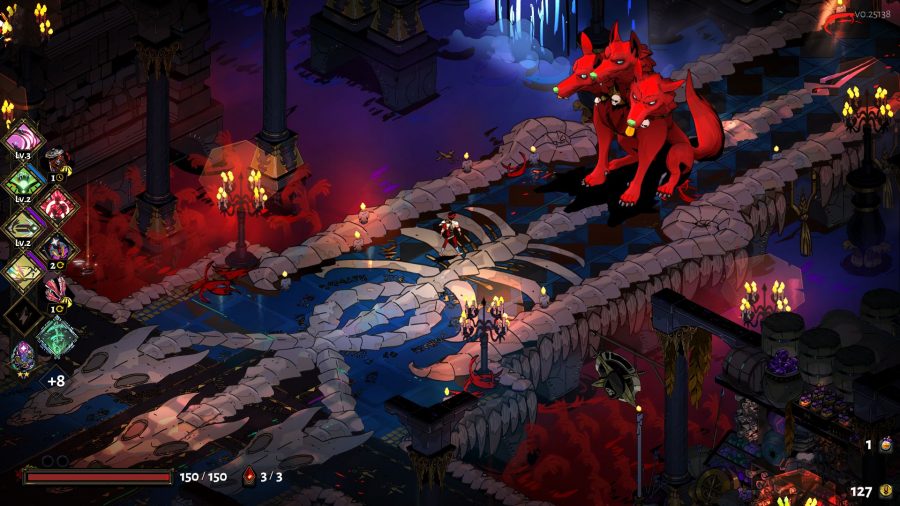 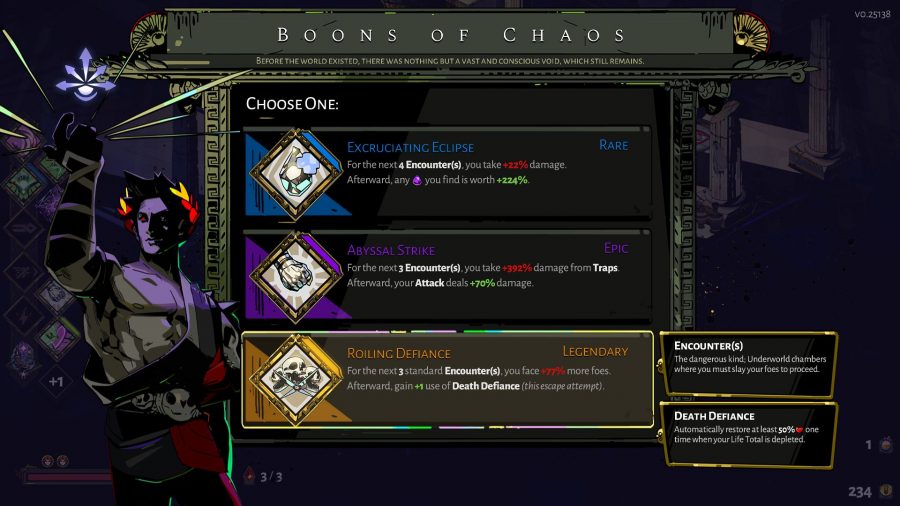 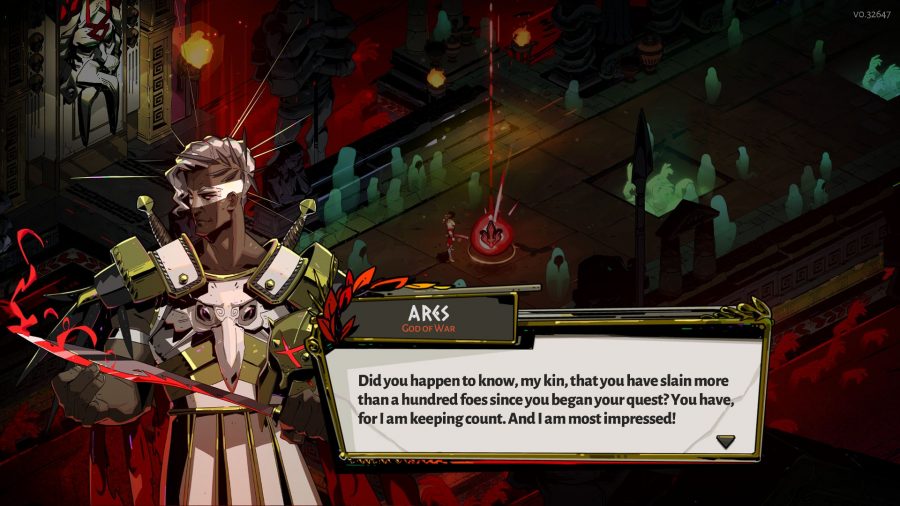 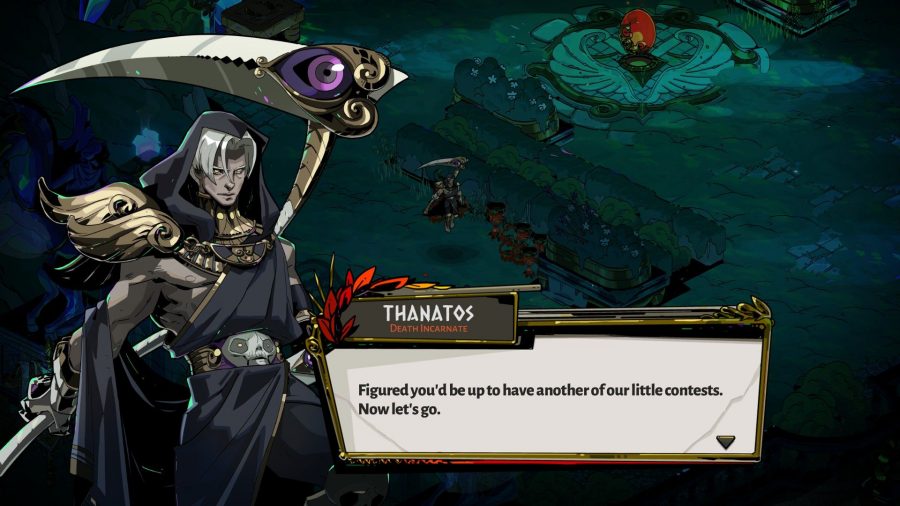 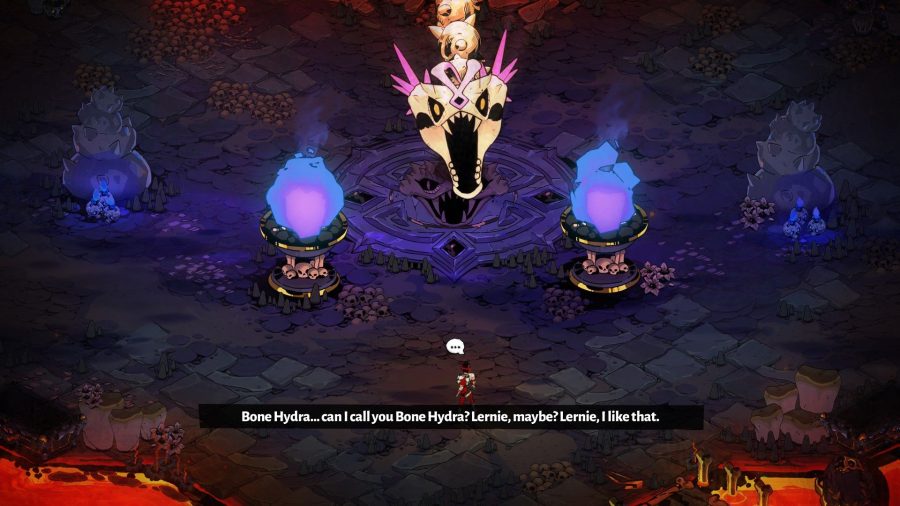 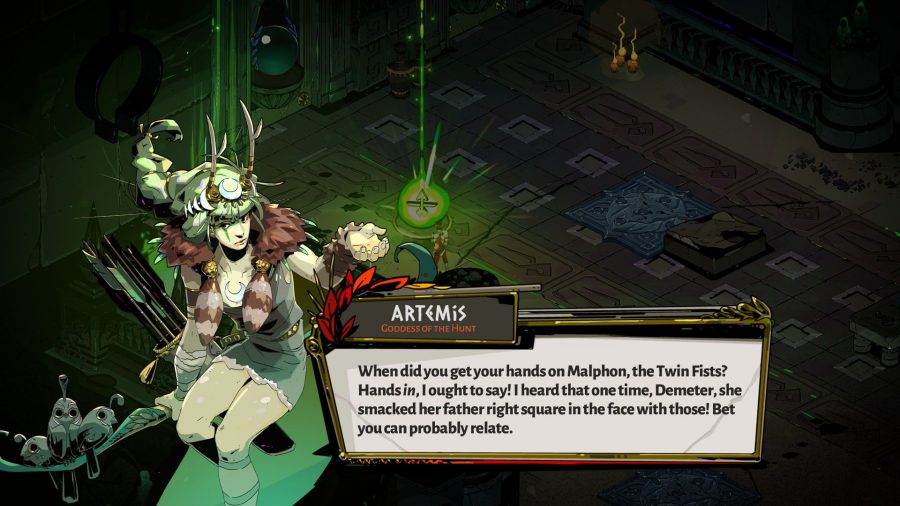 As you might imagine given the premise, the gods do far more than just bless your weapons. They drip-feed you words of encouragement, snarky commentary on your progress, or larger morsels of story as Zagreus encounters them on his journey. You can even start new storylines altogether by giving them gifts

Hades is perhaps the first roguelike I would recommend to everyone, regardless of their experience in the genre

Hades’ evolution throughout early access has been as gripping as Zagreus’s own journey. Looking back at the beginning, when characters had placeholder portraits and barely half the gameplay and progression elements were in place, fills me with nostalgia. That early access games should be iterated upon over time is obviously the point, but it feels different in this case because of how everything in Hades is so neatly tied to its story. Returning after every update meant a reunion with characters that I’ve grown fond of, and after reaching the end of the main story, I feel like I’ve barely scratched the surface of everything there is to see and discover about this divine family.

I could end this review talking about the soundtrack, which is a mix of grungy metal and mournful ballads, and reacts dynamically to what’s happening on-screen both to tell stories or make battles feel even more exciting. I could keep gushing about progression elements such as prophecies and bounties, or give even more examples of how your layered, evolving conversations with NPCs make Hades such a unique experience. It’s even more remarkable that Supergiant has pulled all this off in a genre that was brand new to it.

The fresh take on Greek myth, the compelling story and its link with your actions, and the engaging loop that can keep you hooked for hundreds of hours make Hades perhaps the first roguelike I’d recommend to everyone, regardless of their experience in the genre. It’s a tale about setting a goal in mind and pursuing it, even after failing time and time again. But, as a rarity for roguelikes, the journey is just as important as the destination.

Few other roguelikes build around the genre's cyclical nature, both mechanically and narratively, as successfully as Hades. A punchy and fresh presentation of Greek myth is another touch that ensures its appeal will go well beyond genre fans.