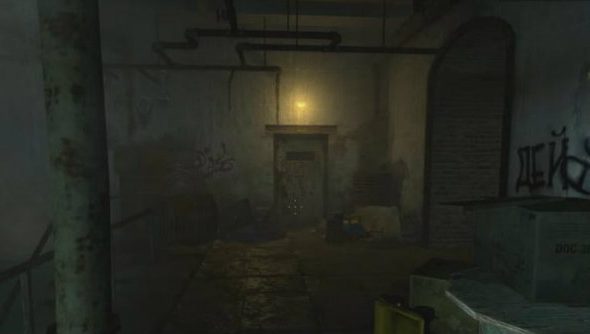 There was once a Half-Life spin-off in development at Arkane Studios, from before the Dishonored developers were acquired by Bethesda. Unfortunately, Valve pulled the plug. Some new screens have just been uncovered, shining some light on the project that never was.

Instead fo being upset about the cancellation of Return to Ravenholm, why not play through our list of the best PC first-person shooters.

In development between 2006-2008, Return to Ravenholm was planned to take players back to Ravenholm (in case that wasn’t clear), but a Ravenholm seen through the eyes of a new protagonist. It wasn’t a main entry into the series, and it was this restriction that eventually led to its cancellation.

Mark Laidlaw confirmed the project’s existence back in 2012, delivering this response to a query fromLambdaGeneration: “There was indeed a project called Return to Ravenholm,” says Laidlaw. We are big fans of Arkane and wanted to come up with a project we could work on together.

“We threw ideas around, they built some cool stuff, but we eventually decided that it didn’t make sense to pursue it at the time. As I recall, we felt like a lot of the staples of Ravenholm – headcrabs and zombies! – were pretty much played out, and the fact that it would have to take place sometime before the end of Episode 2 (so as not to advance beyond where Valve had pushed the story) was a creative constraint that would hamper the project…and Arkane.”

Some new screens from the project have just been uncovered from the personal portfolio of Robert Wilinski, a senior environment artist at Arkane Studios between 2007 and 2008. You can see them all over at ValveTime, and you can watch their analysis video below, which also shows off some screens from The Crossing, another ill-fated Arkane and Valve collaboration.