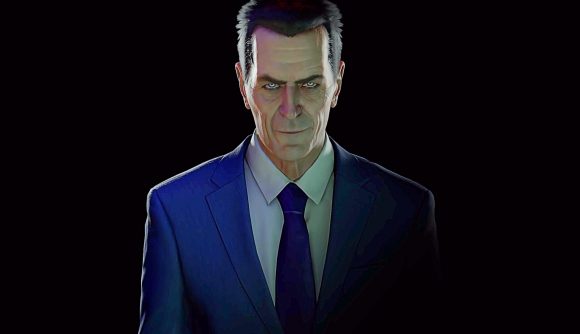 Half-Life returns in a matter of months, and while Valve’s VR adventure is not Half-Life 3, the Half-Life: Alyx release date will bring us the first proper addition to the story in a decade. But why has Valve been so secretive all this time when it comes to the groundbreaking series of FPS games? According to the developers, it’s simply because they didn’t have anything to talk about.

“Half-Life isn’t like Fight Club – there was never a first rule of ‘we must never speak of it!’ over the last decade or so,” Valve says in a Reddit AMA. “The real answer is super simple: We didn’t talk about Half-Life for a long time because we weren’t actively working on a Half-Life game.”

Bits and pieces of games that might’ve become Half-Life 3 have leaked over the years, but it’s all been pieces of concept art and early prototypes – nothing that suggest a fully-realised game concept had made it into proper production. Despite all the speculation (and memes), it seems a proper new Half-Life never truly got underway until Alyx.

Half-Life 2: Episode 3 did, apparently, get a proper story treatment, famously revealed by former Valve writer Marc Laidlaw in the form of slightly-altered fan-fiction. “We’ve never been able to figure out where the rumors of us falling out with Marc came from,” Valve says elsewhere in the AMA, “because there’s no truth to it.”

In fact, Laidlaw has been consulting with Valve on Alyx. “He’s been super generous with his time throughout the development of HL:A, answering many questions from Erik, Jay, and Sean as they hammered away on the story. As is always the case with Marc, we send him an email, and he sends us a response, and then roughly 40 more replies to his own email.”

Valve also remains confident that Alyx will launch on schedule in March, as “We let the Valve Time happen before we announced the game.”