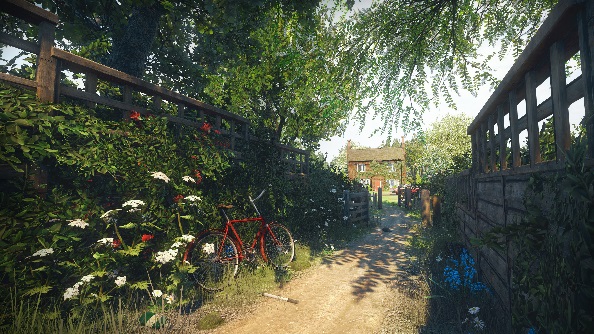 SteamDB is well known for its sharp senses when it comes to all things going on over at Valve, and their latest list of potential Steam arrivals includes Everybody’s Gone to Rapture: the PS4 exclusive from Dear Esther developer The Chinese Room that clearly should have been on PC.

Oh, there’s also mention of Half-Life 3, if that’s something that gets you going.

Looking for real games you can actually play now? Try one of the best games on PC.

SteamDB have a history of being pretty accurate when it comes to searching through Steam files for signposts as to what games are on their way. So should their analysis – as posted on NeoGAF – prove correct, we can also expect to see Final Fantasy X/X-2 HD, Final Fantasy VI, Dangonronpa 1 and 2, Earth Defense Force 4.1, Guilty Gear Xrd Sign, and various others. They mostly have roots in Sony’s PlayStation, so along with Everybody’s Gone to Rapture, that could be a nice collection of console exclusives we suddenly have access to.

As for the mention of Half-Life 3, SteamDB claims that its inclusion is certainly there, but not a 100% solid confirmation of anything. “While this information comes straight from Valve, and many similar types of leak turned out to be real in the past, it is important to remember that third-party Steam developers can create and name their own apps/packages, a noteworthy mention of developers doing this are these packages, in which they are trying to XSS Steam,” explained SteamDB. “Many things could also be old entries and as such no longer be in development/coming to Steam. An example of a previous leak that ended up being nothing (yet) is Halo 3.”

The discovery of these Half-Life 3 entries does come just a few months after other Half-Life related files were discovered in a Dota 2 update. Make of that what you will.