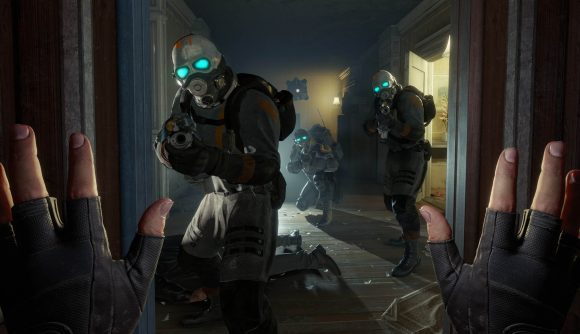 Half-Life: Alyx is one of the most anticipated games of the year, but until now Valve has shown off precious little about the VR title. Now, however, the company has released a new batch of screenshots via fansite Valve News Network.

You can see the nine screenshots in the YouTube video below. There’s one of a Combine officer holding a flamethrower, one of a grimy staircase, and one of the Source engine’s error message. Of course. A particularly grimy image shows a decaying body post-headcrab attack. Viewer discretion is advised!

Valve News Network says it has heard from multiple sources that Alyx’s artwork actually dates back through Valve’s back catalog of unseen projects. A number of assets in Alyx were once intended for a different game that has since been cancelled, VNN states, and so there’s apparently a “pileup” of great assets to use this time around – and if you’ve been keeping a close eye on previous Half-Life leaks, you’ll see some familiar influences in Alyx.

You can watch the video that contains the screenshots, which were obtained via an “anonymous source”, below. 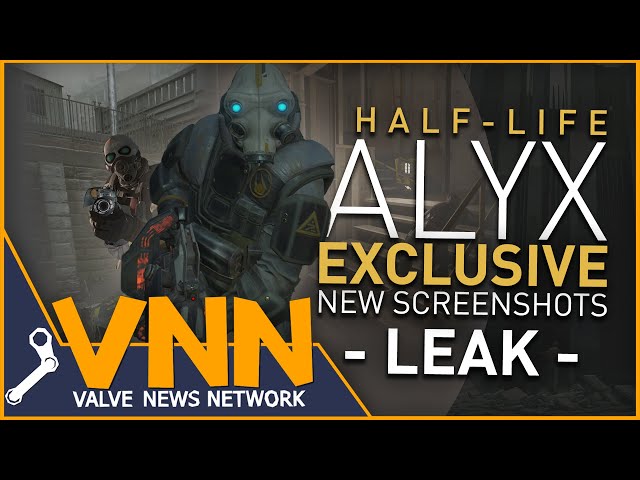