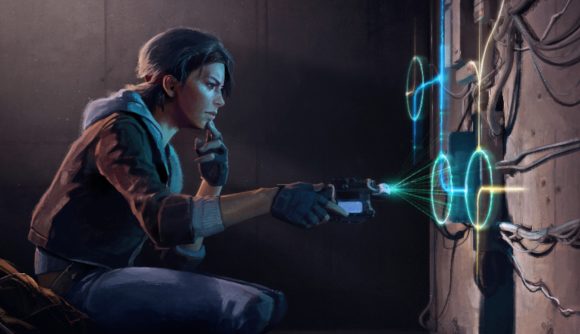 Modders and players alike have been eagerly awaiting the launch of the promised mod tools for Half-Life: Alyx, and now they’re finally here – both the tools and integrated Steam Workshop support have arrived. Today’s update also introduces native support for Linux and the Vulkan API.

The mod tools are technically in beta, and Valve says “we intend to add to and improve them in the coming weeks”. The Source 2 tools include the Hammer level editor, as well as tools for editing materials, models, animations, particles, and textures. The release also includes an updated version of Source Filmmaker, along with a host of sample maps, including all the HLA levels as an “editable source for reference”.

As for what these tools can actually do, here are Valve’s examples: “Want to make your own VR physics sandbox or a giant Rube Goldberg machine? Design a new combat encounter featuring a dozen Combine soldiers at once? What about creating the world’s longest Multitool puzzle, or imagining a whole new district of City 17?”

For now, Valve has uploaded a single mod to the new Workshop – a Combine combat encounter to serve as an example. Expect more mods to start filling up the Workshop soon.

Half-Life: Alyx has already been a terrific boon to the world of VR games, so here’s hoping the mod community opens the game up to even greater heights.