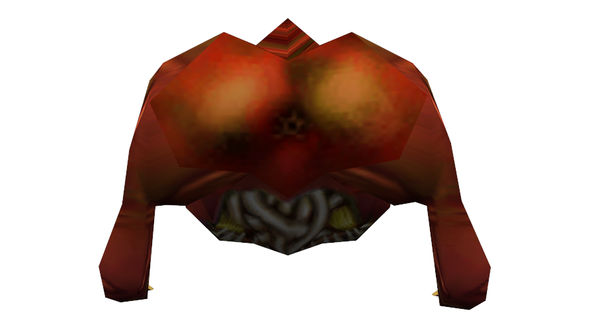 Remember the overpowered headcrabs from Half-Life? Well, it turns out the prototype looked very different than the creatures we seen in the released version. They had considerably more booty. That’s right – buttcrabs.

Not weird enough for you? Turns out that Half-Life’s AI had a sense of smell.

VR artist Liz Edwards(who travels around Fallout 4’s wasteland in VR painting landscapes) drew attention to the prototype in a tweet which contained photographs of a very different looking headcrab.

As you can see, the general shape of the headcrab is the same but there’s a pretty noticeable difference. The prototype was covered in a faecal brown colour, had prominent buttcheeks and an anus; however the released version had no butt and was more of a creamy brown than a poop brown.

The reaction of Edwards’ followers was a suitable mix of awe, disgust and intrigue.

Thank you for this disgusting gift.

Less violent crimes, more crab arse. We can all dream of a better tomorrow.

Apparently Edwards had a completely reasonable explanation for looking at crab anus’, she was doing research for a 3D character design.

THIS is why I was googling “headcrab butt” – made a start on a HL1 style headcrab in ZBrush: pic.twitter.com/6gn5b4ADnV

the world wasn’t ready for my prototype pic.twitter.com/7pMfKYS1Fx

I think it’s fair to say we all wish buttcrab had lived to see the light of day.