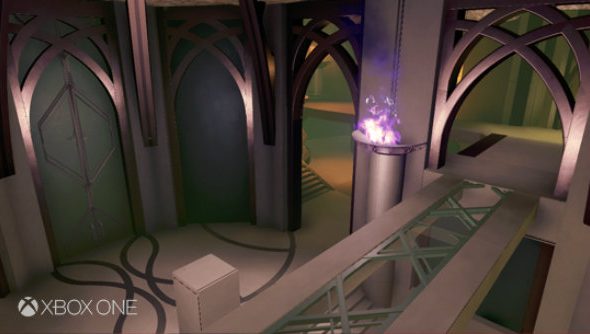 Update 19 May, 2016: It has been confirmed that while there won’t be matchmaking in Halo 5’s Forge for Windows 10, you can get together with anyone on your friends list and play your creations together with whatever rules you want.

This confirmation means people could easily get together to play custom multiplayer in Halo 5 on PC with a bit of planning. While we might be missing the vanilla maps, matchmaking and a single-player component, PC is getting a version of Halo 5’s multiplayer for absolutely free and that’s pretty awesome.

Even better, there will be full support for keyboard and mouse control systems, marking the first time that’s been an option since Halo 2 landed on PC in 2007. Forge–Halo 5: Guardians Edition, as it’s called, will also use DirectX 12.

Original Story 19 May, 2016: Halo 5’s in-depth map creation tool, Forge, is heading to Windows 10 at some point in the near future, bringing with it a bunch of PC-exclusive features.

We’re not getting Halo 5 itself just yet, but you can console yourself with our list of PC’s best FPS games.

Halo 5’s Forge mode allows players to create intricate maps and even minigames for the sci-fi shooter, and the new features added for PC players could mean we put out the most complex and brilliant maps yet.

Forge on PC comes complete with full keyboard and mouse support, along with a rebuilt UI to suit these input methods. We will also be able to crank the resolution up to 4K while creating, though Xbox One players won’t be able to take advantage of this feature when we publish our maps on the console.

It’s a shame Halo 5 isn’t coming across, too, but we will at least be able to playtest our creations with friends, and it’s all completely free.

“Forge on the PC will finally give the mouse/keyboard editing precision the community has always been clamoring for,” said 343 Industried UGC director Tom French. “On top of that, an updated and optimized UI geared towards mouse interactions makes a lot of the inputs in Forge easier/faster than before.

“Since we released Forge in Halo 5 we’ve seen so many amazing new things come from it – from weird mini-games we could have never anticipated to meticulously crafted maps that are even approaching the visual quality of internally built maps.

“The team has continued to wonder what we’d get if we could put Forge in the hands of as many people as possible, and making it free on Windows 10 literally gives the chance to anyone who wants to jump in and try their hands at building a cool new map for Halo 5. I’m excited to see what the future content from the community will bring!”

More information is expected to land towards the end of the year.