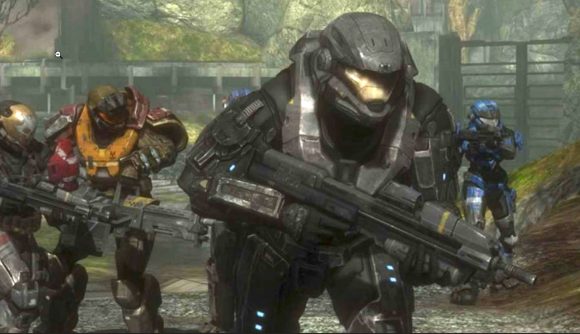 It looks like some of those cool Forge maps you might’ve edited or just enjoyed with your pals in some of the previous Halo games will be making a comeback in upcoming Halo: The Master Chief Collection. A tweet on the official Halo Twitter channel has just announced that its devs will be helping you get some Forge maps moved over to the collection later in 2019.

The tweet says “Remember the Forge maps from Halo 3, Halo: Reach, and Halo 4 that you and your friends used to play all the time? Well, we’ll be helping you bring them over to Halo: The Master Chief Collection on Xbox One and PC later this year!”, linking to information posted on the Halowaypoint site earlier this month about how this’ll work.

The post says that the migration process will start August 12. The devs will do a “one-time copy of both the game types and maps that you have uploaded to your file share” ready for migration over to the MCC later on. This means you’ll need to have your game types and maps on your profile’s file share in time, or they won’t get transferred over.

It adds that “only content on your file shares in the original releases for Halo 3, Halo 4, and Halo: Reach from the Xbox 360, will be brought to MCC”, but that they’ll then work on both the PC and Xbox One versions of the MCC.

Remember the Forge maps from Halo 3, Halo: Reach, and Halo 4 that you and your friends used to play all the time? Well, we'll be helping you bring them over to Halo: The Master Chief Collection on Xbox One and PC later this year! Learn more: https://t.co/JBUrifp2mz pic.twitter.com/bbYSbTwzQw

The one-time pull will be split over two days, one for each of the two file types. Game types will be on August 12, and maps on August 26 – both at 10AM PST on the days.

To get yourself ready and make sure you don’t miss out on any of the fun, you’ll need to load up the games you want files to be transferred from, then check that your local files are uploaded to your file share in time for the copy days above. The devs ask players to leave them there for at least 24 hours “without altering” so they can ensure they’re copied over properly.

Beyond this, you won’t really need to lift a finger – the devs have said they’ll make sure the Forge goodies get where they need to go. For PC players you’ll just need to “need to load into MCC on Xbox after the update to make these available. All maps and game types that have been copied over will be found in your local files.”