Halo 3 is peak Halo. Released by Bungie in 2007, it served as the culmination of a story built over the course of two massive hit games, a pillar of online gaming on the Xbox 360, and one of the finest first-person shooters to ever appear on console. But it was, indeed, only on console – the first in the series to dodge any kind of PC port even years after release. Thanks to the Master Chief Collection, 343 Industries is finally righting that wrong, and Halo 3 is the best part of the package yet.

The Master Chief Collection on PC should have been a slam dunk from the start, of course, but an array of technical issues have held back each release in the compilation, from minor bugs to much larger multiplayer problems and muffled, crackly audio. Halo 3 exhibited none of these problems during my time playing it. The guns sound just as punchy and impactful as they did back on the Xbox 360, and it all looks and feels fabulous the whole way through.

If ‘Halo 3, but on PC’ is enough for you, then the lack of glaring technical issues alone is enough to give this release a strong stamp of approval. But Halo 3 stands up remarkably well even when the rose tint of nostalgia fades.

Halo’s famous combat puzzle encounters give you a set of enemies and a limited set of tools to use against them, and every piece of that puzzle forces you to constantly reconsider your approach to the encounter. Whittle down an ape-like Brute’s health, and it’ll toss its weapon and start charging at you. Take down the big enemies and the little Grunts will scatter. So do you take down the big guys first, or focus on the small enemies to limit the gunfire that’s coming toward you? Your ammo is just limited enough that you’ve got to regularly switch weapons, guessing at what’s coming next and what tools will be most effective. 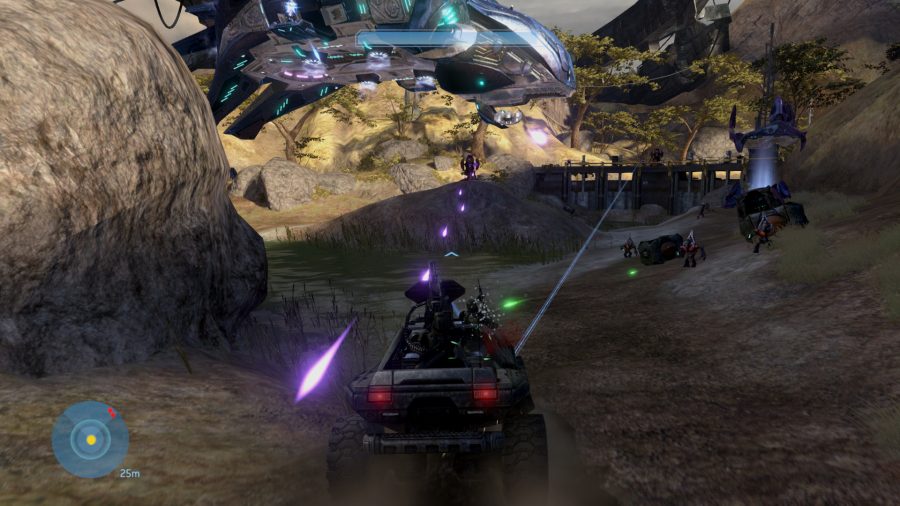 It feels weird in 2020 to be explaining why Halo is good, but it’s a formula few other shooters have even attempted to emulate, ditching the slower pace for faster action that forces you to be more reactive than anticipatory – a trend even Halo itself has tended to follow. Halo 3, then, is the pinnacle of that formula, as it successfully ditches the repetitive level design its predecessors fell victim to, but it had not yet picked up the design influences of other FPS innovators like Call of Duty 4.

Halo 3 is the pinnacle of the series' formula

And now you can play it with a mouse and keyboard, at frame rates well above the stuttery 30fps of the original. That makes the campaign substantially easier, even on the higher difficulty tiers. You can pop off headshots with the battle rifle much more easily than with a controller, and sometimes you can snipe your way through encounters that were clearly not designed for that kind of accuracy, taking down distant enemies before you’re even close enough for them to react. But that’s still satisfying, and if you’re intending to take on Legendary with some Skull difficulty modifiers turned on, those advantages just seem like a way to make things fair. 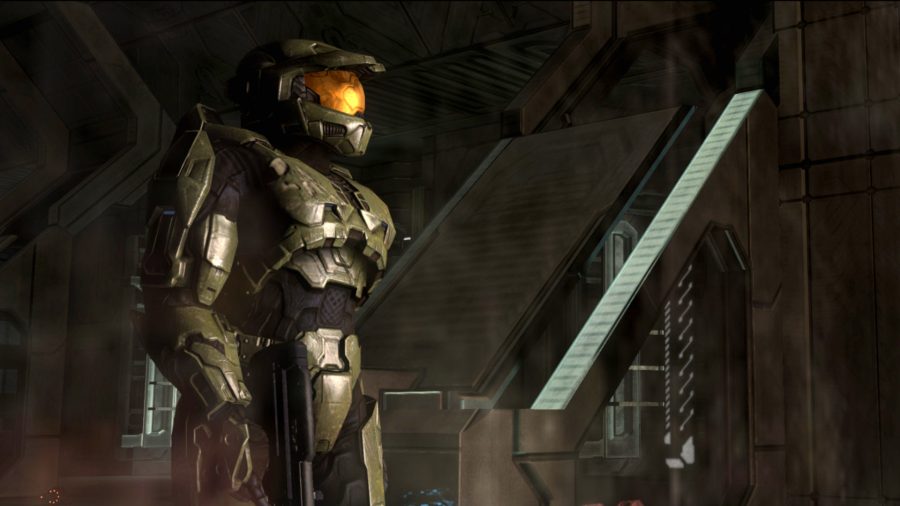 More precise controls mean that multiplayer tends to spread out to longer ranges, too, as snipers are now deadly accurate while you’re still beholden to Halo’s traditional slow movement and floaty jumps. Even with that in mind, it’s refreshing to return to a 2007-era online shooter, with its delightfully casual chaos. The Master Chief Collection is flirting with a season pass and does have regularly-updated objectives these days, but that’s still a thin veneer of modernisation – Halo’s multiplayer hooks remain in its measured pace and benign matches as opposed to meta-chasing competition.

Halo 3 still looks good, too. The original was designed for a sub-720p presentation, but even without the more substantial Anniversary upgrades that Halo and Halo 2 got, the assets scale up to modern resolutions remarkably well. Look closely at the rocks – or especially the human faces – and those 2007 origins are clear, but colourful environment design and a still-impressive use of scale. Even with the improvements it’s enjoyed over the months, the PC MCC is lacking all but the most basic graphical customisation options – but given the game’s age, it’s not like you’re going to need to turn down shadows for improved performance, anyway.

With the launch of Halo 3, the Master Chief Collection on PC has reached its pinnacle. The end of the original trilogy is the high point of the series, and the collection itself is finally moving past its technical issues.