343 Industries surprised everyone last week by adding Halo: Combat Evolved Anniversary to The Master Chief Collection. The 2011 enhancement of Bungie’s 2001 classic joins Halo Reach, reviewed here, as well as the greyed-out options to play a bunch of other Halo games that aren’t ready yet. The idea is to introduce each one chronologically when they’ve finished gestating in the mysterious and unknowable porting realm. This one could’ve used a bit more time gestating.

Xbox’s highest-grossing game series begins here. When a coalition of religious alien zealots called the Covenant ambush human vessel the Pillar of Autumn, her survivors guide lifeboats to the nearby refuge of a colossal ring world. Unfortunately for the Covenant, a supersoldier named Master Chief is among them. He’s basically Rick and Morty’s Birdperson played straight.

As with Master Chief’s blandess, more drive-time radio DJ than 7ft-tall bio-weapon (makes sense), it’s strange what else you notice after almost two decades of first-person shooter progress. Grenades take slightly too long to cook; you can crouch, but you can’t crouch-walk; and there’s no sprint button, so you have to jog everywhere at a leisurely pace.

Open levels that were once liberating to explore now feel overly spacious and unfocused, like you’re trying to have a conversation with a mate across the road. Maps meander through seemingly endless metallic corridors our minds must have erased in the interim. Where 2010’s Halo Reach is just about modern enough to play in earnest, Halo: Combat Evolved is more a curious relic to observe – a grandad who tells good stories but would shatter his bones in a kickabout down the park. 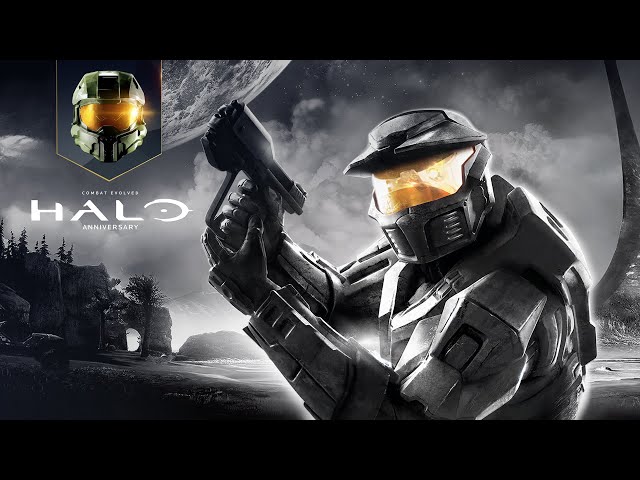 ‘Observing’ is where the alternative graphics mode comes in. Click the back button on your controller and you’ll instantly flick between original visuals – albeit upscaled to whatever revolution your monitor’s putting out – and updated visuals, offering a complete texture and lighting overhaul.

Map made in Heaven

Multiplayer features six huge maps that Xbox players won't know. That's because they debuted in Halo: Combat Evolved’s 2003 PC port. These are: Timberland, Infinity, Death Island, Danger Canyon, Ice Fields, and Gephyrophobia. For extra nostalgia, play them while listening to Where is The Love? by The Black Eyed Peas.

It’s like playing across two separate time periods concurrently, giving you power to swap between past and present at will. You’ll want to use the feature everywhere, contrasting the differences between all kinds of innocuous items to see what stays and what gets stripped. Control panels, medikits, and even the faces of your AI marine pals all change. It’s a fascinating glimpse into the process of modernisation, almost like a silent director’s commentary.

There should’ve been more behind-the-scenes content, but disappointingly, this is blow for blow the same remaster that came out on Xbox 360 in 2011. Even the ‘new’ graphics look old. There are no unlockable videos, no concept art. Nothing to contextualise design decisions, or show reverence to a hall-of-famer to which Xbox owes its house. 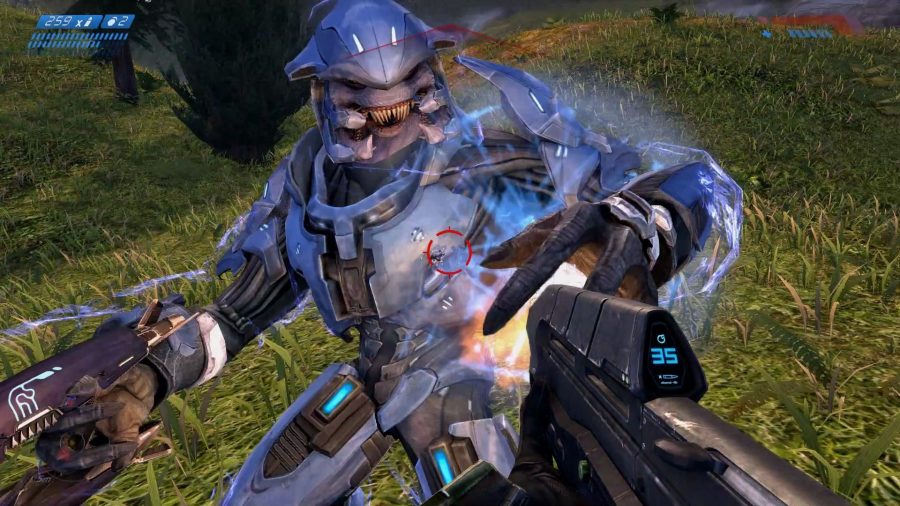 The same goes for the multiplayer, which reproduces all of its maps rather than remake them in a new engine as Halo Reach does. This is more an exercise in sentimentality than something you’d seek to play consistently or competitively, lacking the depth or strategy of later Halo games. There are, for example, no Spartan abilities, making skirmishes brief and simplistic. Tight maps play into this, with the pervading strategy on the likes of Derelict, Wizard, and Chill Out being to run firing into the fray until someone drops. And, on larger 8v8 stages, vehicles dominate because Bungie hadn’t introduced hijacking yet.

While antiquated, multiplayer does offer the occasional nostalgic treat

While antiquated, even down to hilariously dry menus that simply read ‘you won’ before joylessly booting you out to the post-match screen, it does offer the occasional nostalgic treat. Launching arcing plasma rounds across the chasm of space on Boarding Action, skidding a Warthog buggy across the ice in Sidewinder, or sniping enemies on Blood Gulch’s first blocky incarnation, will all register for anyone with memories of doing the same in early noughties LAN parties. 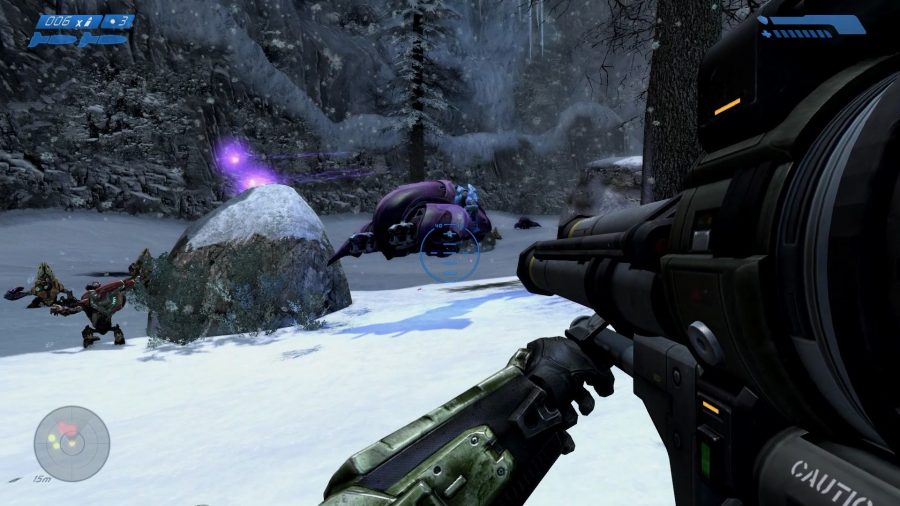 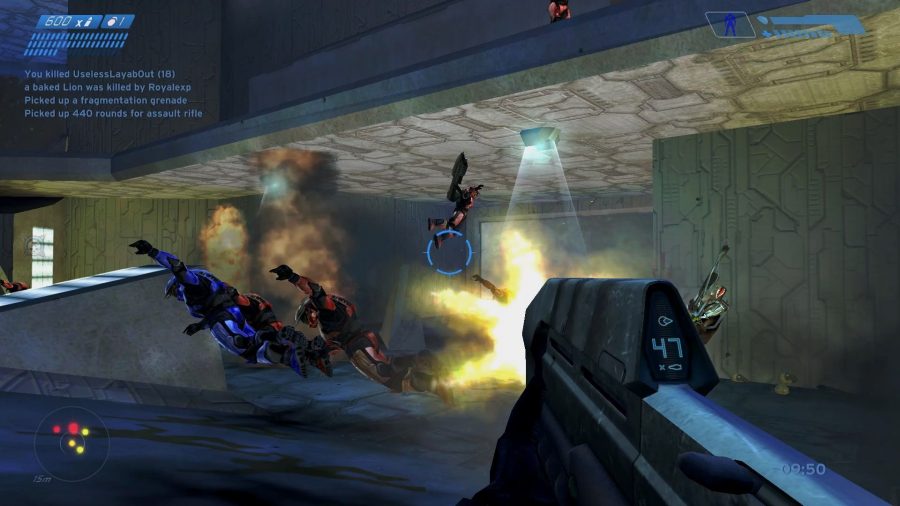 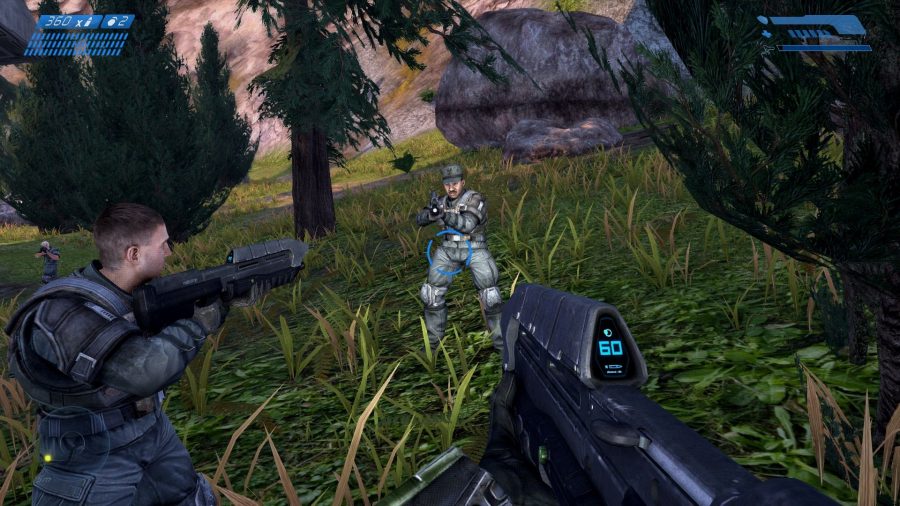 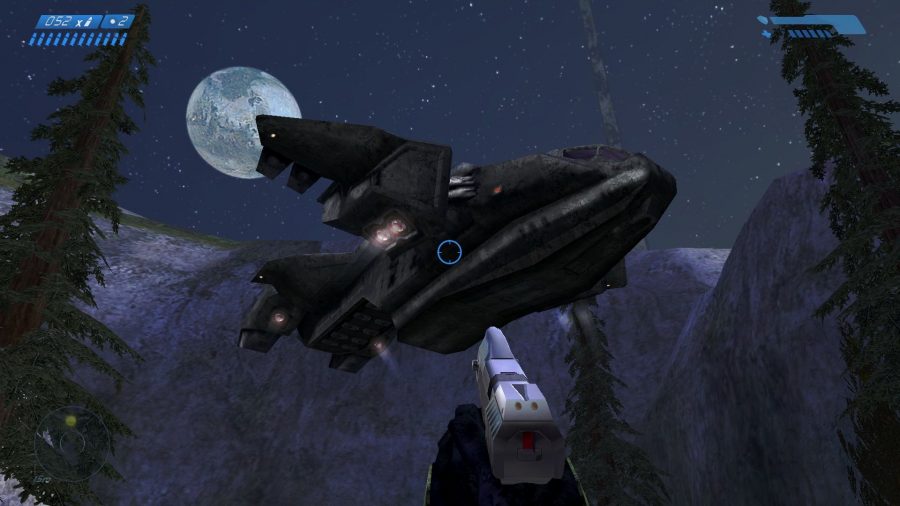 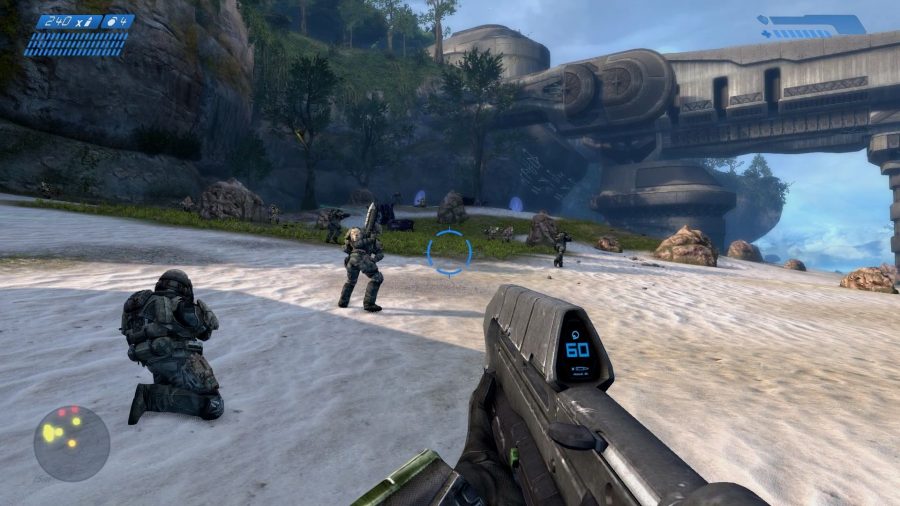 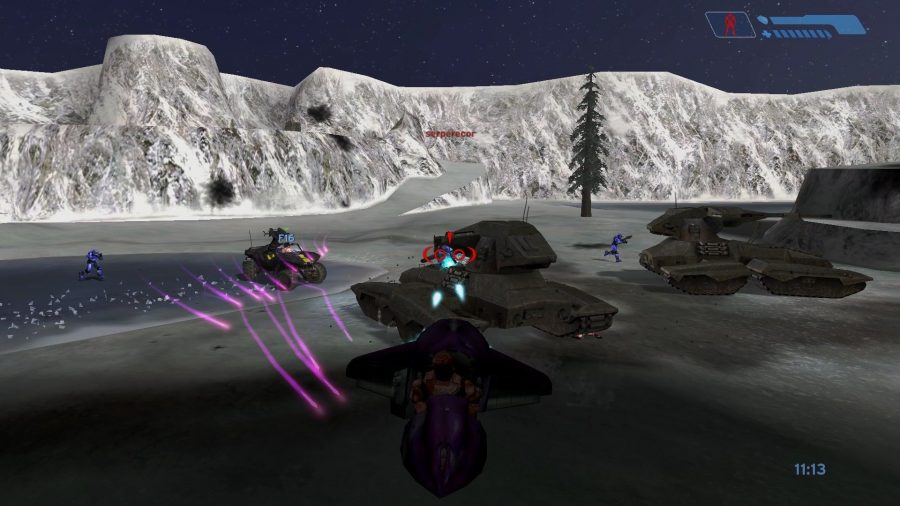 Something Halo: Combat Evolved got right the first time was the physics. Catch a Ghost antigrav craft with a grenade and it’ll flip and tumble with force that’s missing from the toned-down sequels. Ram two Warthogs together and one of them might end up on the roof of a building. It lends unpredictability to vehicular clashes.

Regardless, Halo: Combat Evolved is the product of a bygone age, from its famously overpowered pistol capable of killing from across the map in four shots to the way your body plummets upon death, even in space. And, aside from the alternative graphics mode, little’s been done to celebrate it. But as a free addition to The Master Chief Collection, it’s worth revisiting for a bit, just to see how far Halo has come.