First off, let’s establish the lay of the land. To call this a ‘collection’ right now would be like calling a single painting an ‘exhibition’, or a pair of socks an ‘outfit’ (not that we don’t occasionally rock that look). Currently, Halo: The Master Chief Collection consists of one game and one game only: Halo: Reach. You’ll have to wait for 343 Industries’ PC ports of Halo, Halo 2, Halo 3, Halo 3: ODST, and Halo 4 to stagger out over the course of 2020 before your boots are well and truly filled.

For now, then, what you get are ten story missions playable alone or in co-op (there’s no matchmaking), multiplayer for up to 16 people, and a wave-based Firefight mode for four. It’s a rather underwhelming way to rekindle Master Chief’s career, especially given that this is the first showing of Bungie’s iconic sci-fi shooter on PC since 2007’s Halo 2, and the first ever on Steam.

And, more’s the pity, the titular super soldier isn’t even in Reach‘s campaign. Instead, you’re a silent Spartan in a doomed squad battling alien cult the Covenant across autumnal valleys, ravaged cities, and besieged bases. This is the Rogue One to Halo’s A New Hope, a maudlin prequel set prior to the Chief’s adventures with Cortana.

In terms of both mood and the colour palette, Reach can best be described as muted, like someone came along and sprinkled ash everywhere. You feel nothing for this dour planet and its inhabitants. Compared to other gung-ho series entries, it always felt a bit flat, and ten years on, it only feels flatter. 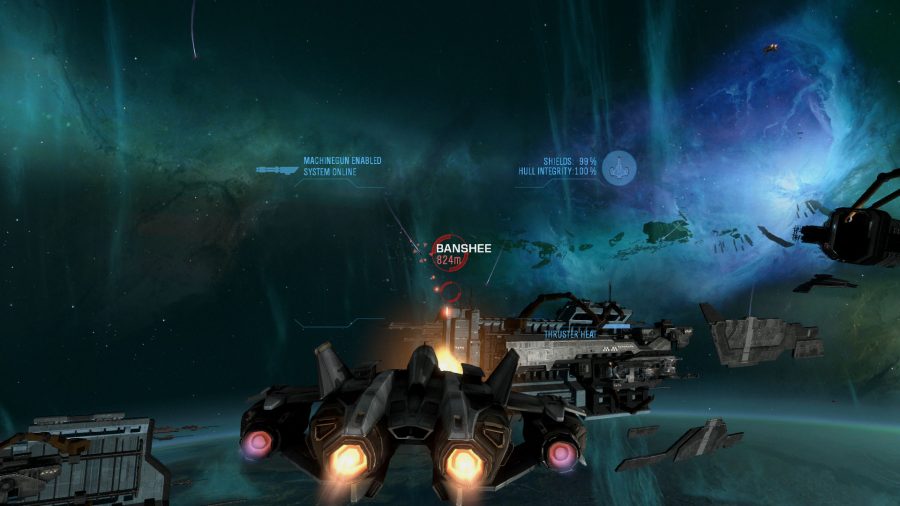 But that’s not to say it’s terrible. The sandboxy New Alexandria mission is a rare highlight, giving you free reign to choose your objective through a hurriedly evacuating city. Docking your hornet at a rooftop hospital or nightclub then clearing out pockets of Covenant before flying off to a distant skyscraper is one of the few times Reach feels truly expansive. The Long Night of Solace mission also adds dazzle in the form of a thrilling space dogfight. These moments, sadly, are a minority.

At the time, Reach’s satisfying gunplay set the standard. In 2019, if you’ve played any decent shooter in the last decade, it lacks bite. Weapons are strangely devoid of thump and feedback, more like toys than tools, and AI is predictable. Taking down enemies is less about unleashing the power of a futuristic military’s most lethal hardware and more about simply keeping your recoil-less sights trained on targets who merely cycle through a few behaviours.

This is much less of an issue in multiplayer, where human competition gives you more to think about. Your mind’s not on the weirdly weightless firearms when you’re bouncing a grenade off the doorframe to catch someone around the corner, or lining up two enemies to get a double kill with the Spartan laser, just as chess players aren’t questioning what the mineral makeup of their pieces are when they go for a checkmate. Probably. Anyway, it’s clean, fair, and just as good as you remember. 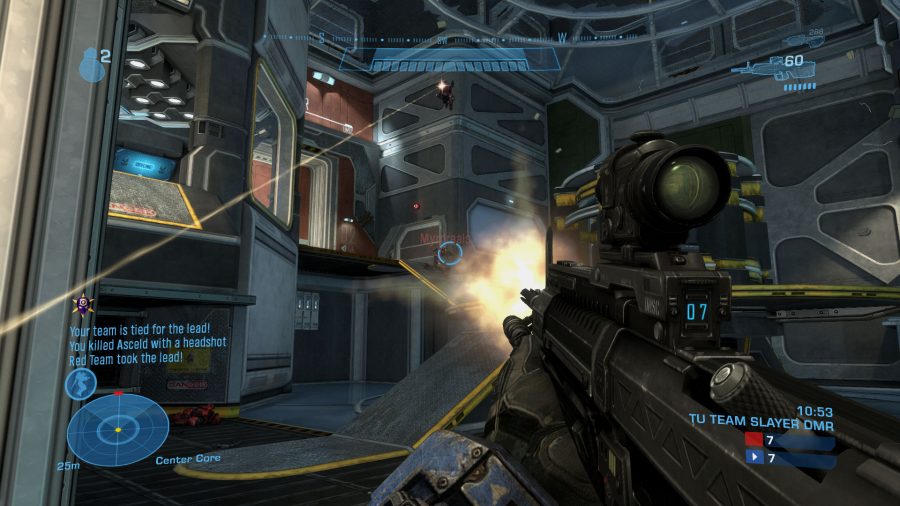 Reach occupies that sweet spot in Halo history, developing features established in previous games without overdoing them. Each Spartan gets two weapons, four grenades, and an armour ability, be it sprinting, a jetpack, extra shields, holographic decoys, or invisibility. This results in an unpredictable but – crucially – not unfair experience, with layers of strategy surrounding each option. Use the jetpack, for instance, and you’ll have an aerial advantage at the cost of being visible to anyone who happens to glance upwards.

It’s amazing how easy Halo’s multiplayer is to snap back into after a long hiatus. Every map opens a different memory door, providing a fresh shot of nostalgia. Clever design encourages different tactics. There’s the secret vent on Sword Base, but access calls for a mad dash to an exposed boost pad. Reflection has a lift you can use to send up an enemy-baiting hologram. The open skylights on Battle Canyon’s bases are perfect for a drop-in ambush. Power weapons, meanwhile, enable adrenaline-spiking killing sprees, whether it’s grabbing the shotgun and dominating the rabbit runs around Pinnacle, or using the sniper to impose your will on the perilous platforms of Boardwalk.

Quite simply, this is some of the most diverse competitive multiplayer gaming ever devised. There’s zombie game type Infection, which plays like tag with energy swords; there’s the rugby-style Grifball, where players score goals rather than kills; and there’s Dino Blasters, which gives players concussion rifles and unlimited jetpacks. Reach doesn’t force you into a playstyle. It shapes itself around you. 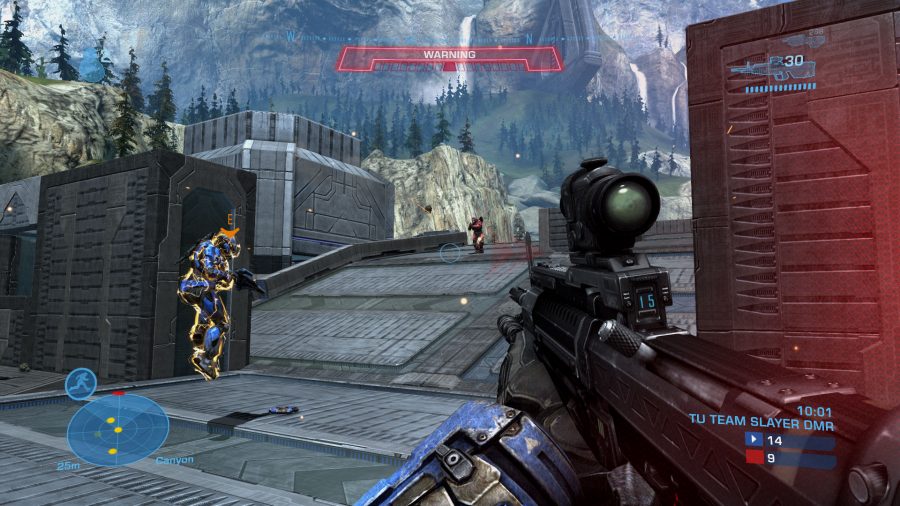 The only part of Reach’s online portion that feels more redundant than refreshing is its eight-on-eight big team battles, which have since been vastly bettered in scope and spectacle by numerous other shooters.

Fight on: The best FPS games on PC

Joining both campaign and competitive multiplayer is the wave-based Firefight mode. It’s a decent challenge and comes with some imaginative rule sets (all grunts all the time; infinite rockets) but human opponents are infinitely more interesting than Halo’s AI. Useful unlocks could have saved it, but all you’ll ever earn here, and this goes for the multiplayer too, are tokens to spend on avatar cards, nameplates, and armour pieces. They’re linearly arranged, which means you don’t get a choice. If you want your body to produce confetti upon death (one of the few good rewards), you need to buy about a dozen knee pads first.

But Reach doesn’t keep you coming back by dangling the next rank in front of you. It keeps you coming back by being bloody good fun. While time hasn’t been kind to its campaign, and its co-op mode underwhelms, the multiplayer is a godsend. We may be waiting a while for the other Halo games to arrive, but the ability to play endless rounds of Team Slayer against a resurrected community substantially softens the blow.

Forget the campaign - multiplayer is where it’s at. Impeccably balanced, ludicrously varied, and damn near perfect.